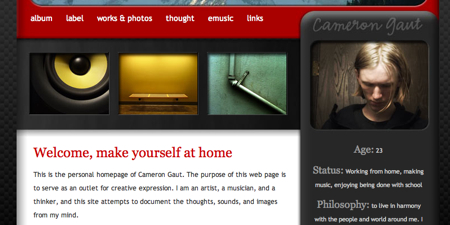 The artist I’m listening to is Modcam. About a fortnight ago, I found his album on the internet and downloaded it. I’d never heard of him before: that’s what I use the net for, discovering new artists who I then play when I DJ. Artists who I can’t hear on radio or TV since they don’t have major labels behind them, buying them airplay.

When I heard the album, I immediately loved it. It’s very melodic, flowing electronic music. There’s some glitchiness, some stuttering and futzing but nothing gets in the way of the actual harmonies and melodies. At times it feels like I’m listening to a classic soundtrack like Blade Runner, at others it’s very obviously 21st century music. Weaving acoustic guitar into the synthetic sounds masterfully, there’s a lovely variety here from ambienty washes to gently dubby journeys. Really, if you like stuff like Boards Of Canada, Air, Ochre, Kettel, Mrs. Jynx or Frog Pocket, you’ll probably love Modcam. I think this album is going to be one of my faves of 2008.

And I would never have heard of it if it wasn’t for net piracy.

You see, I liked the album so much that I bought the CD from CD Baby. And, what do you know, a little while later Modcam himself (Cameron Gaut) emailed me to thank me and also give me access to a high-quality digital download for free.

How great is that? Makes me feel a bit embarrassed and rubbish that I don’t email everyone who’s buys my stuff off CD Baby.

As always, I told the artist how I’d found their stuff, just to check whether they’d uploaded it themselves. Turns out Cameron hadn’t but has a very robust, pragmatic attitude towards fans spreading the word about his stuff.

You see, he now as an extra fan – me. All thanks to whoever it was who illegally uploaded his music.

Isn’t it amazing? How else would I have heard Modcam apart from the net? No DJs round here play this kind of stuff (apart from me, now I’ve heard it). I didn’t hear him on the radio or telly – the net was what brought me his music. 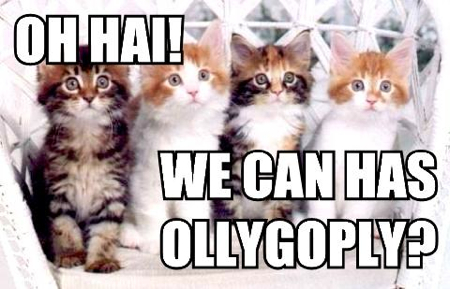 All of the above is why I believe there is a hidden agenda behind the record industry and its enforcers like the BPI and RIAA trying to sue filesharing out of existence. Their true agenda isn’t capturing evil music thieves who rob artists (they’d have to turn themselves in first), it’s about preserving their control of the mass media.

If you want to get on radio or TV, here or in the US, you basically have to be immensely keen on sucking corporate cock. Yeah, every once in a while, a genuine fat, unattractive weirdo like me slips through the net and manages to have a hit record. But that is immensely rare. The majors prefer that you buy their glossy products, or, if that’s not to sir’s indie tastes, how about some fake lo-fi, complete with a dodgy video.

The one thing they don’t control yet is the net. It’s the one place where all artists compete on a nearly equal footing. An mp3 of an indie artist doesn’t look any worse as a data file than an mp3 of a major label artist. When I’m illegally downloading music, I see no ads, I see no reviews by magazines who are pally with the label’s PR staff

On the net, we’re free to search out whatever music we like, independent artist have equal access unlike any other arena. I mean, come on, how often have you switched on MTV and started swearing because it’s the same fucking bands yet again? Listening to daytime radio and watching MTV, one would think there were only a handful of very bland, dull bands making all the music in the world.

Enjoy it while it lasts. The big corporations who run music hate your freedom to listen to whatever you want. They want only their product to be available, a one-size-fits-all shabby tabard of shiteness.

If they shut down our access, we will miss out on some truly gorgeous music. And independent artists like Modcam may lose their best way of bypassing the industry and getting to the ears of new fans.