Thank you for being there, sir.

Just got this charming comment on my Your Woman video:

After a lifetime of this shit, I am not surprised.

However, Dorothy endured heartbreak at Aberystwyth as well as acclaim. Sheela Bonarjee still has the battered black exercise book in which her aunt collated her verse. Alongside one of the poems, Dorothy jotted down a note: “Written at the age of 22 when a Welsh student after 3 years of secret engagement dropped me because his parents said ‘She is very beautiful and intelligent but she is Indian.'”

I’ve never heard the story of Dorothy Bonarjee before. As I read the story, parts of it seemed so familiar to me, even though she was born in 1894, seventy-two years before I was.

I feel I know her struggle, being caught between two cultures and never truly feeling a sense of belonging anywhere. I’ve certainly been in the position where girlfriends have kept me secret because of my Indianness. Reading her note, above… the dispassionate detail alongside the words of her poem is so heartbreaking.

And yet, she found her own way and made her own place. Like all of us diasporans do, she made a space for herself where none was given.

We have to fashion new cultures, make new homes.

The old ones neither want nor fit us.

I was out in Mosh again last night, having a lovely emo time. I was with a couple of friends and another had gone to the bar.

I was dumbfounded. When I’d flagged his bullshit up, he never once tried to apologise or even backpedal on his hate-peddling. If he had even once said, ‘Oh, sorry, I totally shouldn’t have posted that’ or ‘it was a stupid mistake, I don’t really find it funny’ then I would have been fine. We ALL make mistakes, we ALL say stupid shit that we instantly regret but we OWN IT like adults. And we apologise and try not to be such a dick in the future.

But not Racist David. He was totally okay with what he’d liked. It was funny! Consequently, I was cast as the “touchy Asian” who should really learn how to take a joke.

Obviously, 90% of the white people I knew from Mosh, people who I thought were okay, sided with the racist. Because, that’s what white people do with racism: they support it. Hey, how else do you think it keeps going? White people with racism are like men with patriarchy – they enable it, they benefit from it and they defend it. Sure, they may say they’re anti-racist but they don’t actually mean that, they’ll never actually do anything when, say, they have to disconnect from a racist friend.

So, here I am, face to face with David the dickhead. I tell him to fuck off. He doesn’t. So I repeat it, it’s a noisy club, after all. The third time, he does, indeed, fuck off.

I stood my ground. I didn’t let a racist make me move. I will not be moved. When it comes down to it, if he hadn’t moved, I would have made him move.

If you’re non-white and reading this, you’re probably just shrugging wearily internally cos, hey, you know what it’s like. We have to struggle every day just to exist, to live without insult and attack, we have to struggle against those who would dehumanise us. It’s a never-ending drip of micro and the occasional macro aggression.

If you’re white, I’d ask you: what are you doing to stop racism? Do you laugh along with the racist jokes you hear or do you call out the hater?

This happened to me when I was a kid. I was probably 7 or 8? The kids I invited wanted to come but their racist parents wouldn’t let them go.

A lot these people were the same people who lobbied the people we bought our house off not to sell to us.

In the whole neighbourhood, there was only one white family who be-friended us. And they were lovely, just the best people. I was too young to think of it at the time but now I wonder how much shit they got off their racist neighbours for being friends with us.

I try to remember the kindness of that family rather than the hatred of the white majority but some days it’s hard. 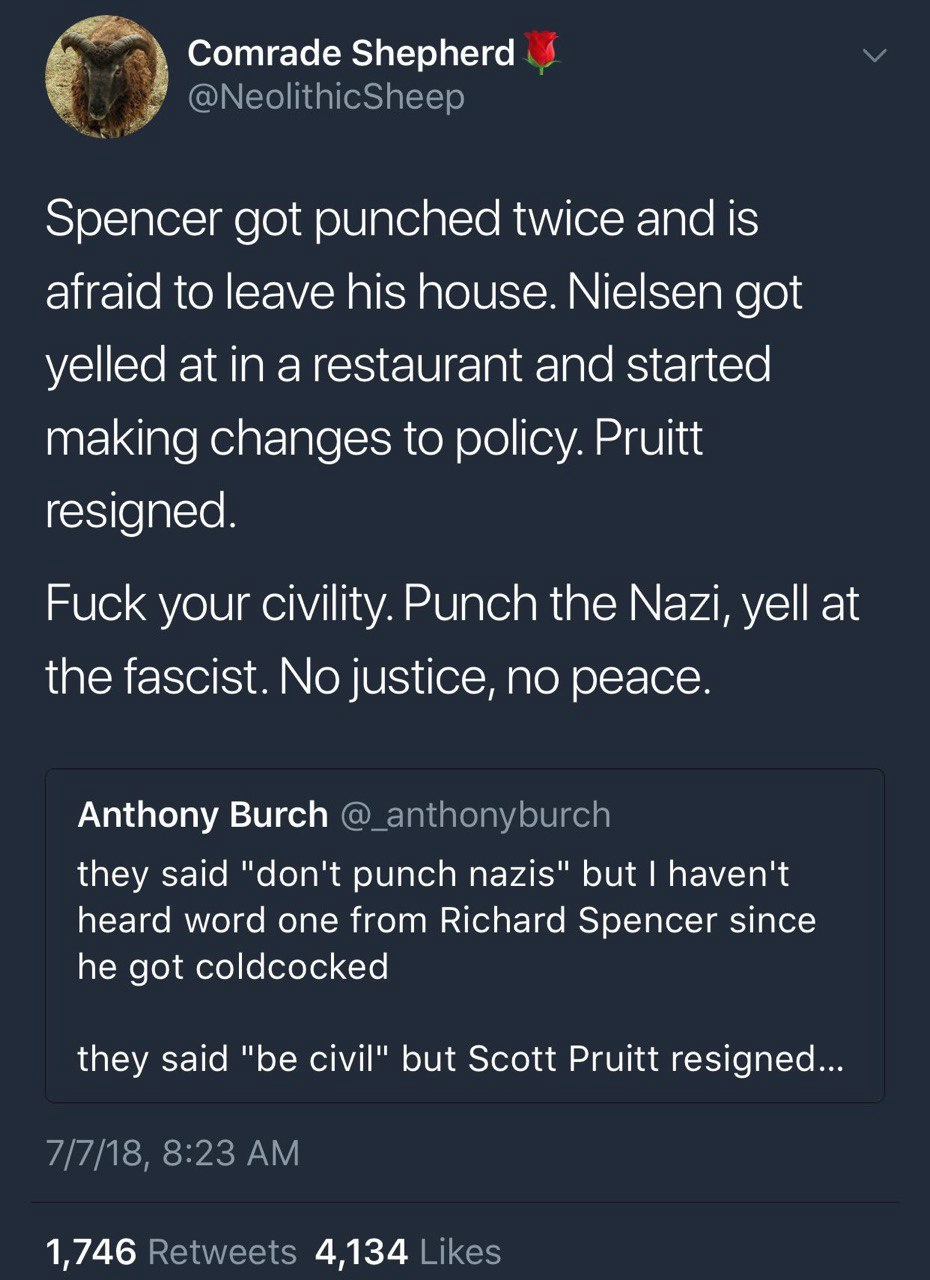 So, I’m scrolling through my newsfeed and I read this “joke” above that’s actually the most sick, dehumanising racism which *two* of my white “friends” have liked.

I post it up, call them out and instantly another white male leaps to their defense, saying that I need “to chill” and that he “needs context” for the original post.

Oh, okay. Thank you, white man, for setting me straight! Thank you SO MUCH! I just got over-emotional, like so many of us brown people do, thank you for bringing white justice and rationality back to the discourse. Thank you for civilising me, sahib!

It’s getting to the stage with white people where there’s only a handful that I can actually trust in any way and that’s because I know they’re communists, anarchists or socialists. The great mass of apolitical / Tory white people, well, they’re turning out to be openly, proudly racist. They don’t even question their racism, the same as with their sexism, ableism or homophobia.

And, yet again, this shows why I hate Facebook. You end up being part of a set of connections which are actually anathema to you, it’s inevitable. And then everyone starts whitesplaining away every day racism should you dare to stand up for your human rights.

UPDATE  – I’ve had to deactivate my FB account now because I’m getting random messages from racists.

The ignorance of some white people just staggers me. If anyone raises racism or cultural appropriation, they immediately flip into full-on sea lion mode or, even worse, into dismissive troll mode.

Here’s how I see it:

Imagine I’m in a public space, say waiting in line at a cafe. Someone prods me and says, “Ow! You’re standing on my foot!” Well, the first thing I do is move / check my feet before apologising for being so careless. And, from then on, I’m more mindful of where I stand.

I’m in line. Someone prods me and says “Ow! You’re standing on my foot!” I don’t check if I am, I ask them how they know it’s my foot. I ask them to explain what the words “foot” and “standing” mean, aggressively, again and again. If they link me to explanations, I ignore them and then demand definitions of words like “my” or “you.” Or, I might just laugh in their face and say, “HAH! TOUGH SHIT! SHOULDN’T HAVE PUT YOUR PUT THERE! HAVE I ‘TRIGGERED’ YOU, SNOWKFLAKE?” I tell them to ‘grow a pair,’ and that it’s not my fault if I’m causing them pain, it’s all in their heads and that they have a ‘victim complex.’

Do you see the difference?

Look, I’m a cis, straight man. I hold considerable privilege in areas of gender and sexuality. I am prejudiced, I am sexist because that’s the culture I’ve been raised in. BUT I try not to be. If I ever offend someone, I feel awful and try to understand the mistake I made. Because I know it will probably be my fault and lack of perspective behind it all.

Is it that fucking hard to just be a decent human being, ffs? 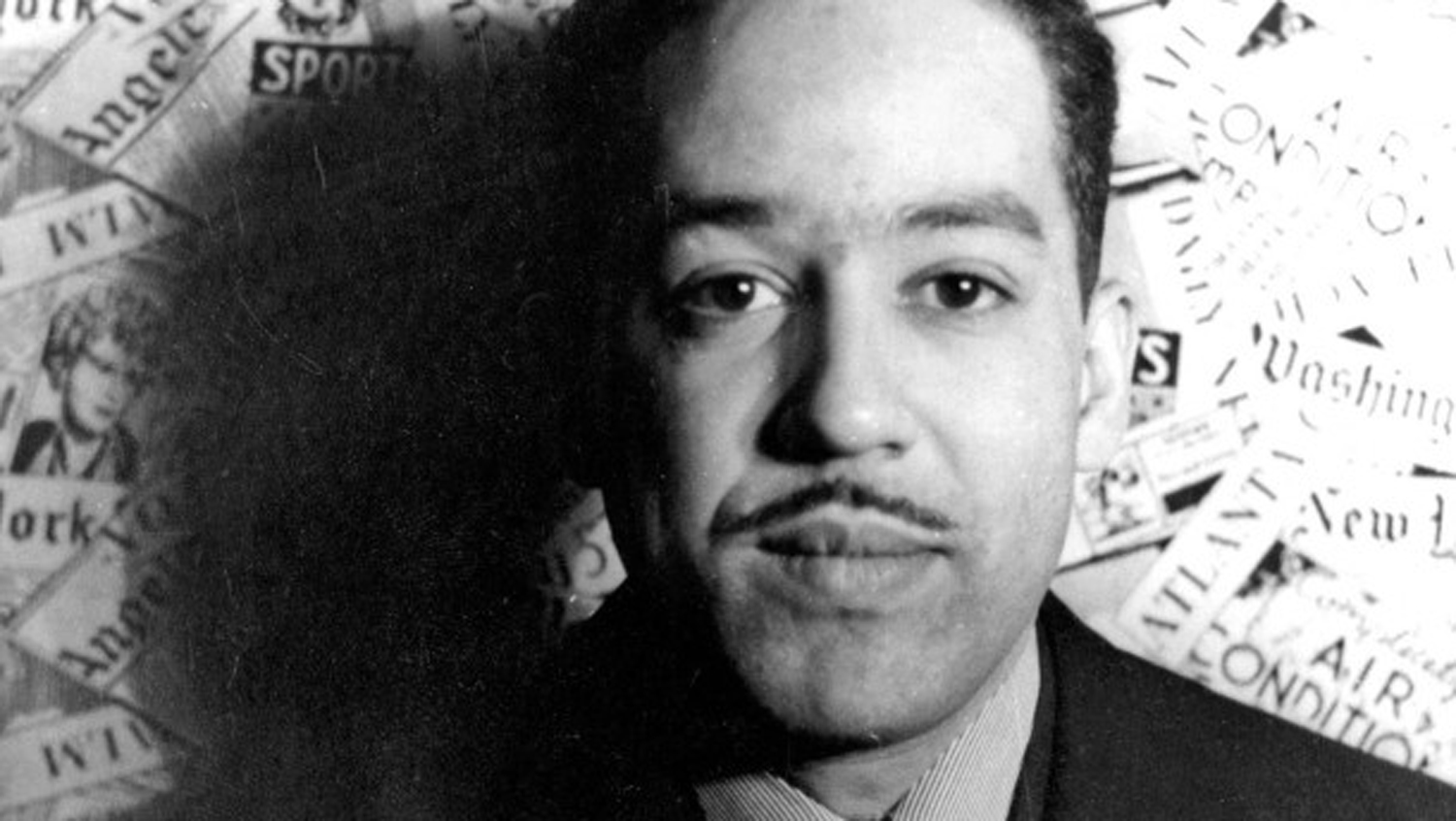