Christmas and New Year can make us feel the loneliest a human can feel.

If you’re out there reading this and feeling that, I understand, I’m with you.

“Superheroes are part of your brainless desire to replace true experience with simulation. You don’t talk, you watch talk shows. You don’t play games, you watch game shows. Travel, relationships, risk; every meaningful experience must be packaged and delivered to you to watch at a distance so that you can remain ever-sheltered, ever-passive, ever-ravenous consumers who can’t free themselves to rise from their couches, break a sweat, and participate in life.”

Screenslaver from Incredibles 2 or Marcuse… you decide…

By my standards, this was a pretty ordinary dream. The only thing that makes it stand out is the synthesis part. Well, and my co-inventers but they aren’t really real in the way that an idea can be real although it was dreamt.

Teri Garr is still alive so it’s possible she could have been in my dream through some kind of telepathic link but Robert Vaughn passed away in 2016. While I’ll maybe stretch to telepathy with living people, communicating with the spirit realm is a stretch for a good old fashioned dialectical materialist like me.

In the dream, Vaughn was Napoleon Solo-aged and Garr was pretty much as she appears in the Star Trek episode ‘Assignment Earth.’ But they weren’t their characters, they were just themselves, chatting as actors do about various acting gigs, the perils of local theatre and who was a Method bore.

I was entranced just to be in the same room with them. Thinking back, the room was very TOS-like; grey walls, weird polygonal desk for no reason, the mise-en-scene was very Trek.

On the table in front of us is a tray. It’s about one metre by seventy-five cm. The edge is lipped to contain what appears to be thousands of gems. When I pick one up, it’s about the shape and size of a Pez but with straight sides at the ends, a point instead of a curve. One face is shiny, silver, metallic. The other is a translucent gemstone. There are various colours of gem and, I now notice, various colours on the tray. Between the zones, there are no hard lines, rather gradations and sometimes subtle stripings of colour.

Garr urges me to move some of the VCO gems around. Then I realise that one of the green piles of gems was the same colour as its base which is labelled ‘VCO 1’. Being a East Coast synthesis sort, I grab a handful of gems and plonk them in an area marked ‘LFO 1.’ Then I touch a the lip of the tray which, somehow, I know is the equivalent of pressing a key on a normal synth.

Woah! Vibrato! But not much… hmmmm… I take some more VCO gems and plonk them in the LFO area. More depth! AHA! But how the hell do I change the frequency of the LFO or the waveform? I notice that both the LFO and VCO areas have waveforms inscribed in certain areas, sawtooth, square, squiggly. I move some of the LFO gems into the sawtooth area… ahhhh… the vibrato changes to a more squarey stridulation. I’m getting well into this – what else can I heap and where?

It’s at this point of the dream that I’m basically pushing gems all over the place, swirling them with my finger and delighting in what comes out. I’ve gone full West Coast now, NO RAGRETS.

And then… seriously… the synth makes the Emergency Phone noise from The Man From UNCLE. Yes, my brain did this to me.

So, I turn to Robert Vaughn and say, “Hey, it’s that sound from the Man From… oh my god… it’s you! You’re Napoleon Solo!” He looks a little embarrassed and Teri giggles.

It’s then that my stupid brain makes me realise I am, in fact, naked in a thin dressing gown and my knackers are on full view of these two fantastic actors. Soooo, inevitably, I wake out of my beautiful synthesis dream.

But what do you think of the interface, eh? It’s doable, isn’t it? We could do it now, virtually, in something like Microsoft’s Hololens. And I’m pretty sure we could do it in real life. If every gem contained an RFID and the table was continuously scanning for their position. I would even add in variables like height-from-table or heat? Anything to give more ways to control the variables. If you weighted them differently, you could sort them quite simply, too, just pour the tray into a sorter.

I was out at Rock City this Saturday and a cool thing happened.

There was a small group of girls out and one of them was taller and so stood out. She had a gorgeous face, flowing hair and looked a little like a young Charlotte Rampling.

Pleased because I go to clubs that would have been called “alternative” in the ‘80s. The nights I go to are mostly pop punk and rock with, very occasionally, a dance night thrown in if I don’t get overwhelmed by the stench of poppers on the way in.

You would think that alt nights have alt people at them. And you would e very, very slightly right; most of the people in the Basement at City would call themselves different based on their music taste or perhaps clothes / style. Y’know – grebs.

Sadly, I know from experience that just because you sing along to RATM or The King Blues, it doesn’t actually mean you’re a revolutionary. Indeed, bands like ADTR often have gangs of lads as fans who, in the US, would be called jocks. These lads are un-reconstructed racists, sexists and homophobes. They are also so pigshit thick that they don’t even realise they are any of these things. You know the kind of bloke I mean ~ Edgelords who think propagating racist memes is somehow challenging some status quo somewhere.

So, it was with a little worry that I watched this very drunk NB kid weave their way across the dance floor, being quite touchy and flirty as they passed people. They were very def on a mission. The reaction they got was, sadly, pretty much what I expected: blokes would do a double take and then, masculinity threatened, have to take the piss and establish that THEY WERE NOT AT ALL GAY as much as possible to any women watching. The lasses weren’t quite as bad but there was still a fair amount of piss-taking. Thankfully, there was no actual physical confrontation.

Well, after doing a couple more trawls round the dance floor in this manner, the baby Rampling did a face of disdain and headed off to another floor. Clearly, the people on this floor didn’t appreciate their brilliance enough. And, to be fair, they didn’t. It was pearls before swine.

I really, really wish I’d got a picture of them so you could see I’m not exaggerating. Maybe next time!

… in this episode of Stitchers.

Like… they even had a flashback to him when he was younger. I wish it just been him in Black Flag, running round like a little fucker.

What a missed opportunity. 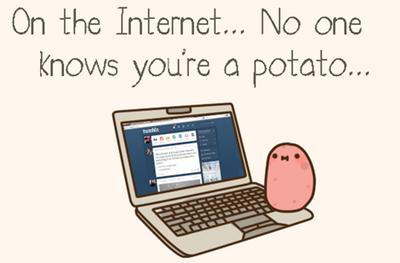 Fed-up with trying to find new ways in which to whore yourself to strangers?

Look what it came up with for me:

I am the maniac you’re looking for.

Hello ladies! I’m learning about important dates in history. Wanna be one of them?

I’m a murderous kind of chap, who likes nothing more than arson with the right woman.

The first thing people usually notice about me is my surly personality, closly followed by my smashing testicles. I’m the man for you, if you like great testicles and orifices, particularly combined with ample baby oil.

I work as a maniac, helping rats. This allows me to exercise my skills: necromancy and haberdashery.

My life goals include:

My ideal date would involve car theft in hell with a ripe woman by my side. While we’re there, I admire your plump vulva whilst feeling I’m the luckiest man on the planet.

Let me tell you about a funny thing that happened to me last week. I was just helping an elderly across the road when I was hit by a car. I needed three stitches. BOOM!

May the force be with you.

He’s now liked my reply too! I am losing my shit! 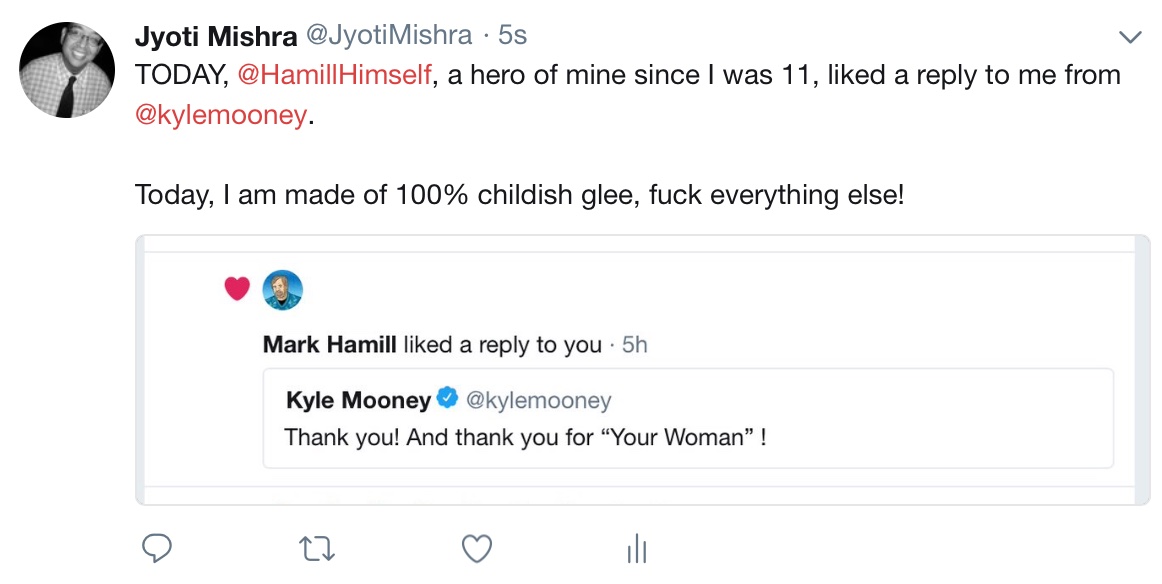 How cool is that! I’m fucking BEAMING!

I mean… I’m all in with the sex toys but that’s gonna chafe, surely??