So, last weekend was the long-awaited DST 2018. When I say long-awaited, I booked the hotel room over eighteen months ago. And then, finally, it was time! Like DST 2016, my bff Nat went with me. This is us: 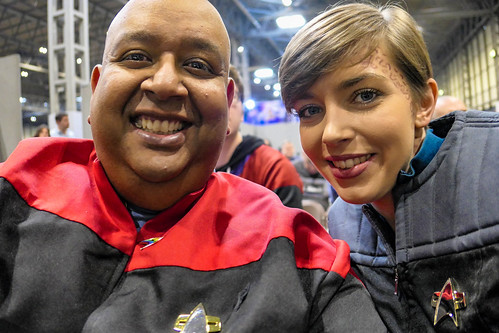 This is the second time DST has been held in the NEC at Brum and it was much better organised than last time. We didn’t have to queue at all for registration and were soon in Hall 5 on Friday afternoon where we saw this: 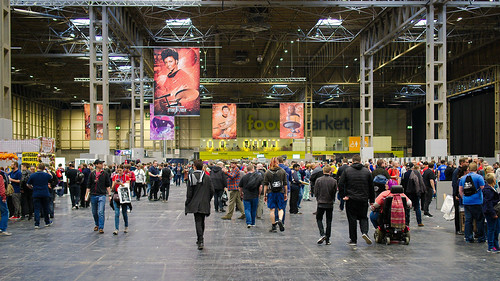 WHAT A MASSIVE HALL! Have Showmasters gone mad? Well, no, Fridays are never busy for DST, it turns out that around 14,000 people were going to attend on Saturday. So, Friday evening was actually a chill day to walk around and grab impulse buys of maybe huge amounts of fudge.

There are different tiers available for DST but I only ever book the base one; entry and that’s it. This is because although I do love seeing famous Trek actors, I’m not a collector type. I go to DST to hang out with other Trekkies and to make new friends. Or to meet people I’ve chatted with in the online groups IRL for the first time, like this feller: 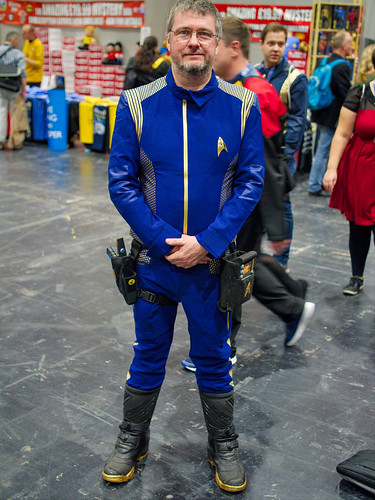 For me, meeting people who UNDERSTAND and laugh when I wave my arms around and shout, “FISH! PROTEIN! FRESH FROM THE SEA!” is delightful. In a life of outsiderness, I feel I belong, just for a weekend.

I met so many lovely geeks, we couldn’t speak fast enough to get our geekness out! We discussed David Warner, James Cromwell, Servalan, Warehouse 13, SAMANTHA CARTER, whether Larry Niven should have got royalties from Microsoft for Halo or is that more of a Banks’ Orbital?

And then, wandering around the con… LOOK AT ALL THE COSPLAYERS: 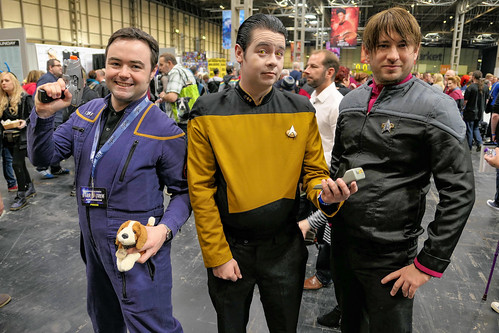 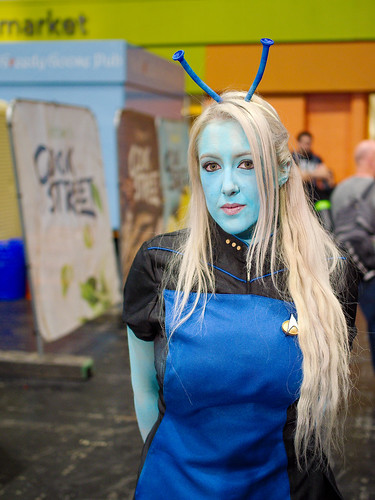 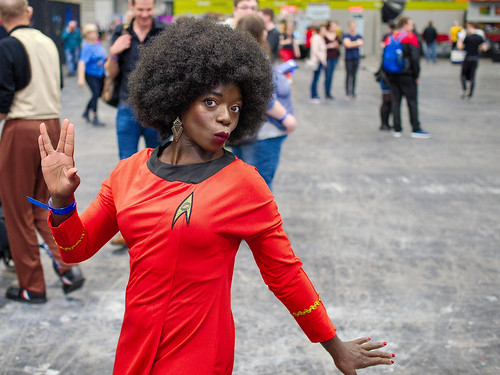 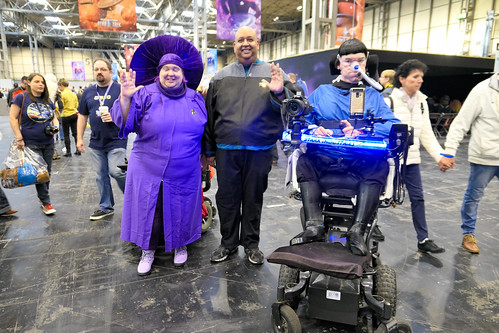 The feeling of camaraderie, the inclusivity and sheer IDGAFness of Trekkies at DST has to be experienced first-hand to believe. I don’t think I’ve ever been with a more mixed bunch of people. I say that after every DST but it both remains true and becomes truer, paradoxically.

I believe that because Discovery has done so well, Trek is now undergoing a resurgence not seen since the 2009 Kelvin reboot. But, unlike then, DST is up and running, a huge convention that attracts fans from as far away as Australia. A huge number of the Discovery cast were at DST 2018 and judging from the number of Disco tees and full-on cosplays I saw, they can congratulate themselves that the baton has been securely passed to them, no fumbles. Their success has created whole new cadres of Trekkies who’ve gone online, wanting to meet other fans. And now they can do that IRL too.

So many of the posts I saw were from people who’d never been to any kind of con before at all, like me in 2012 with the first DST. And the follow-up posts I’ve seen have been overwhelmingly positive: the new fans have found the family of Trek. They’ve found that we don’t care if you’ve loved Trek for five minutes or fifty years, if you’re a fan, you’re a fan. (As long as you interact civilly.)

Look at these faces: 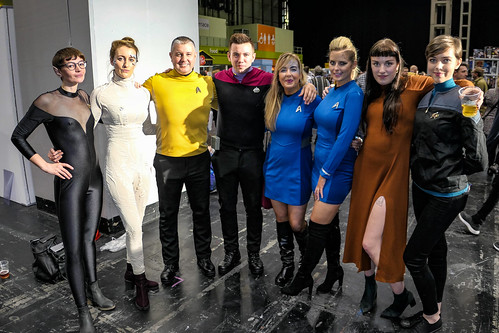 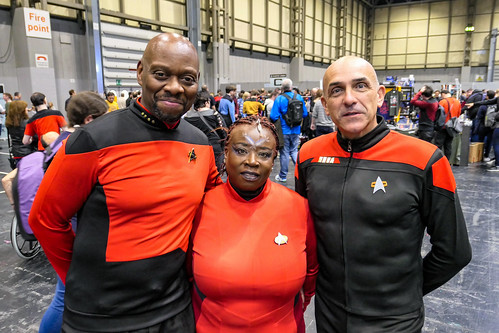 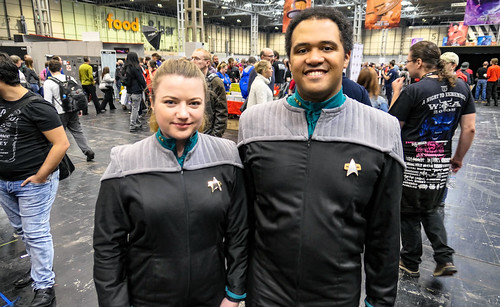 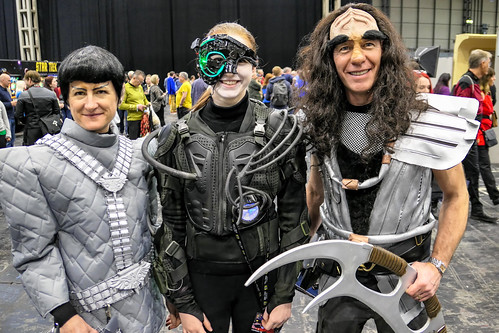 These beautiful geeks are the reason I went to DST 2018 and will be going to DST 2019. They are my people and I love them!