As a birthday pressie to myself, I bought the Sigma 85mm f/1.4 Art Lens.

Most of my portraiture is shot at 50mm, either with my f/1.8 or f/1.2 Canon lenses. I’d thought about getting an 85mm for a while now but the price of the Canon versions made me baulk. Then, along comes the Sigma, highly rated in reviews and I only have to sell the one kidney to buy it ~ RESULT!

When it arrived, I was struck by two things: first, how well made it feels, easily comparable to the silky smoothness of Canon L-series lenses. And secondly…. boy, is it made out of fucking neutronium or what? This is not a light lens (although it is a light lens as it’s a f/1.4… hehhhh). The 85mm on my Canon 5D Mk 4 is untenably heavy, I would want to use at least a monopod if I was shooting for longer than ninety minutes, preferably a tripod. Mounted (via the Sigma adaptor) on my Sony A7R3 and it’s lot more heftable, though the Sony looks slightly ridiculous hanging off the back of it. Like a chihuahua shagging a hippo. If I was tripod mounting this combo, I’d definitely want it to be via a lens ring rather than the camera body.

Luckily, my mate Nat was free to do some test shots and this is some of what we got: 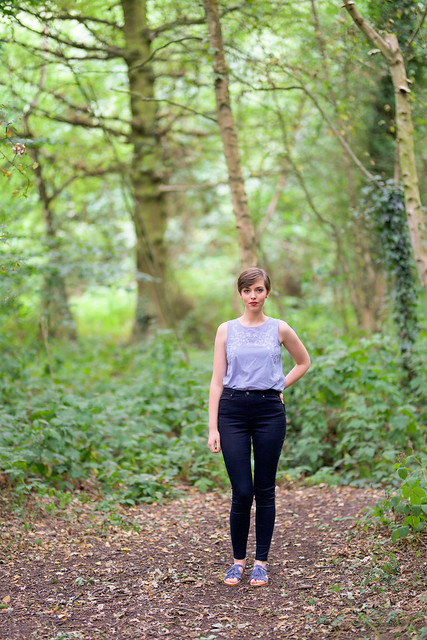