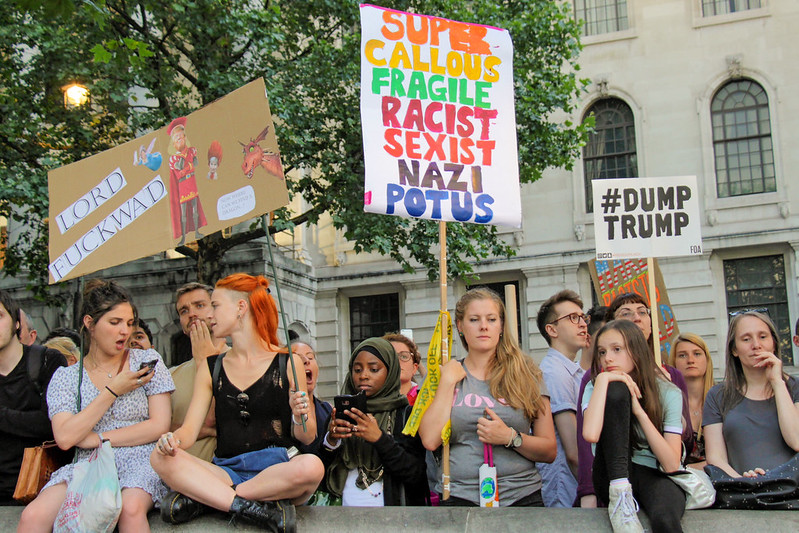 On Friday, my mate Nat and I had the privilege of attending the national anti-Trump demo in London.

I had planned on doing the whole march but I’d fucked my left ankle in the week (over-walking, ironically) and it was in a brace so we ended up just joining the rally at Trafalgar Square. (To be honest, we were aiming to join the march halfway but I hilariously mis-judged how ridiculously slow “hopping in a cab” would be… Nat was the model of forbearance, only pointing out the one time that we could have been there in twenty minutes by Tube.)

Well, we got to the Square, which we’ve been at many times before and it was mind-blowing. We had to walk there from quite a way because… well, there were just too many people. Here’s an aerial video from the BBC:

We could barely make any progress into the square, it was so rammed! And the diversity of protestors was extraordinary; this wasn’t your usual conglomeration of seasoned lefty types, there were all sorts out. The signs people were carrying reflected this as usually they’re overwhelmingly official organisers’ signs, handed out by stewards. But at Friday’s demo, most of the signs I saw were hand made. Some of them, like this one were works of art: 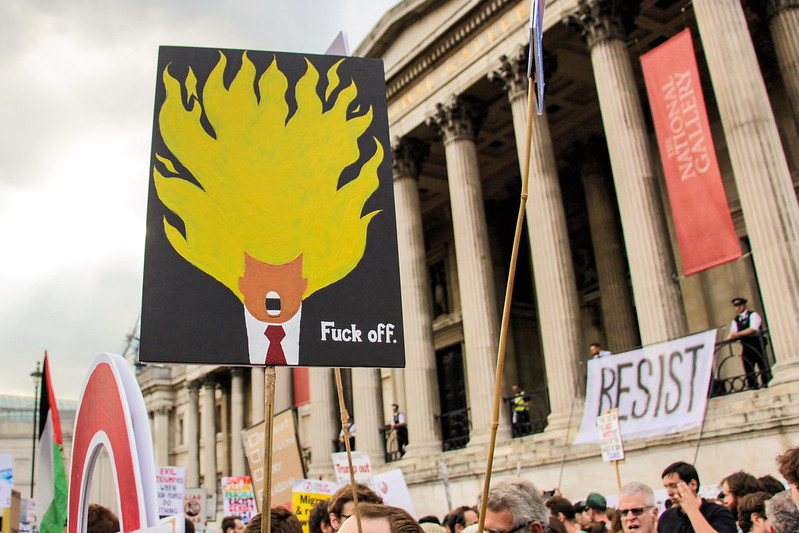 This was a simply huge demonstration that people in Britain are angry about Trump’s racist, sexist, ableist, homophobic reign and are refusing to keep quiet about it no matter how much Theresa May pals up to him. The man is a walking pustule of hatred for all difference, I seriously still cannot believe he’s president. I never, in my entire life, thought there would be a new US president so demented, so hateful, so full of utter, utter shite that I would miss fucking Reagan.

I managed to get a shot of the Trump blimp which, apparently, has hurt his lil feelings: 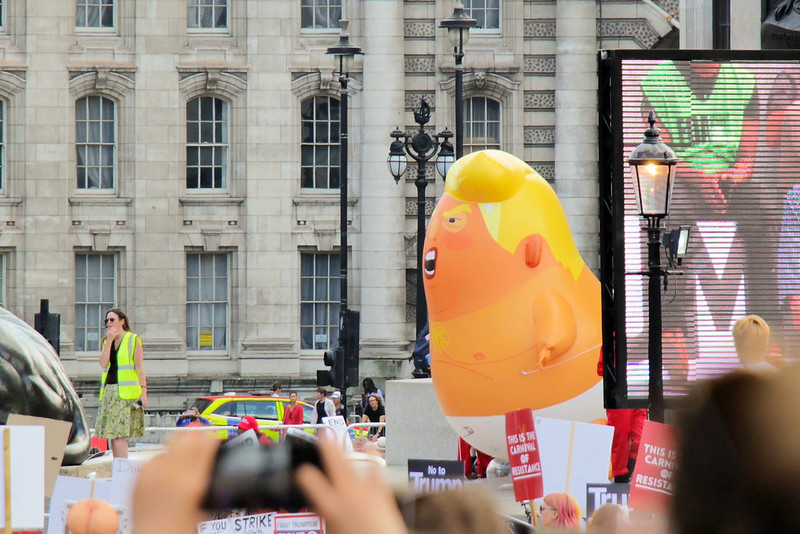 Awww, poor Trump! We should feel sorry we’ve hurt this man’s feelings, this man who forcibly tears families apart at the US border and revels in the tears of the separated children. As with all Tories, they’re the actual snowflakes: they act abominably to everyone they deem inferior but the minute someone says anything about them it’s “WAAH WAAAH WAAAHHH why you being soooo mean???”

So, no, I don’t give a shit about this idiotic weasel’s feelings. Fuck Trump, fuck his policies, fuck everyone who voted for him and fuck every cowardly US official propping up his corrupt regime.

(More pics of the demo here)