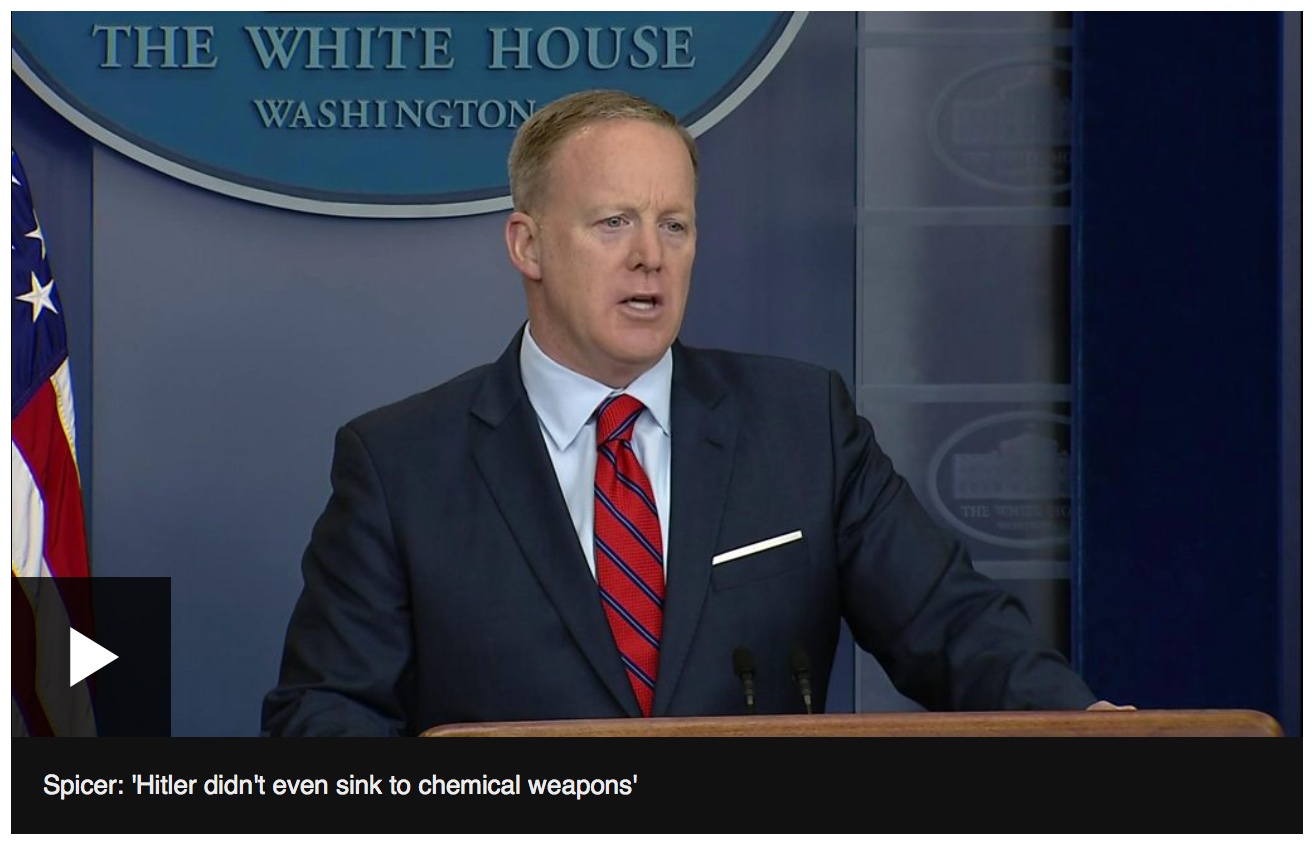 White House Press Secretary Sean Spicer has been criticised after he declared that Adolf Hitler did not use chemical weapons during World War Two.

“We had someone as despicable as Hitler who didn’t even sink to using chemical weapons,” he said as he criticised Russia for supporting Syria’s regime.

Critics pointed out gas was used to kill Jews and others in the Holocaust.

When he says Hitler didn’t use gas on “his own people,” then he reveals that he doesn’t see German Jews as German citizens, he sees them as Jews first and foremost and therefore not truly German.

He is agreeing with Hitler’s view of Jews. He is validating Hitler’s racism.

Is he ignorant of how many other Germans who were not Jewish were sent to the camps? The Rroma, the socialists, the homosexuals. Were these people also not quite German enough, according to Spicer?

Thus we end up here, as with most Tories / Republicans:

Which one is it?