Today I found out that there was an anti-Trump demo on in Derby so I scrambled to get ready and made it into town. 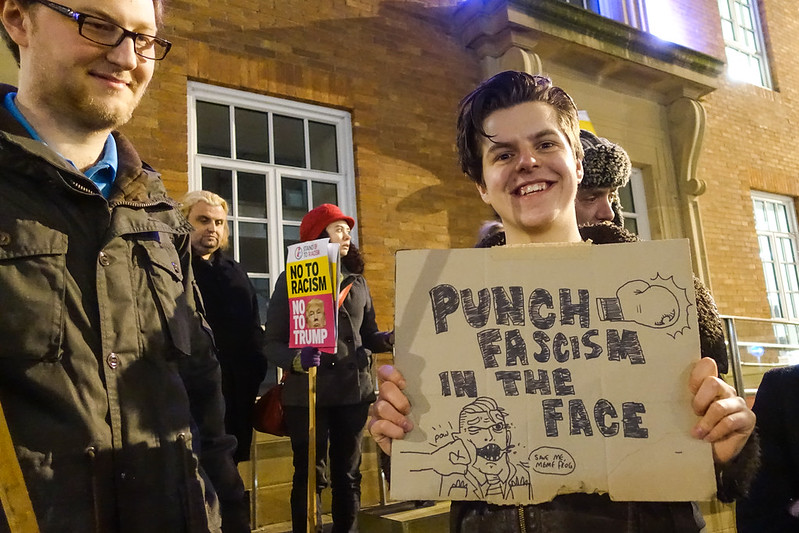 It was a good turnout for such sort notice and we all chanted and listened to the speakers. 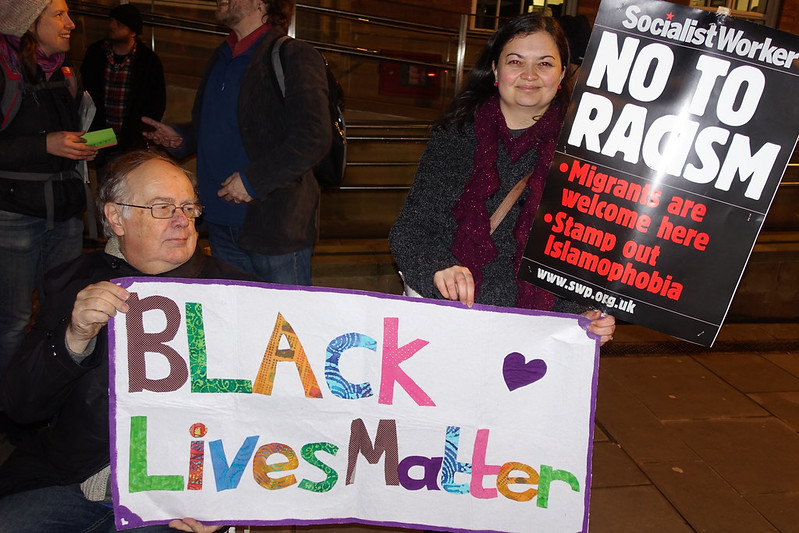 I was most moved by the guy talking about his family’s history of persecution in Nazi Germany and how he would fight to never have that happen again. 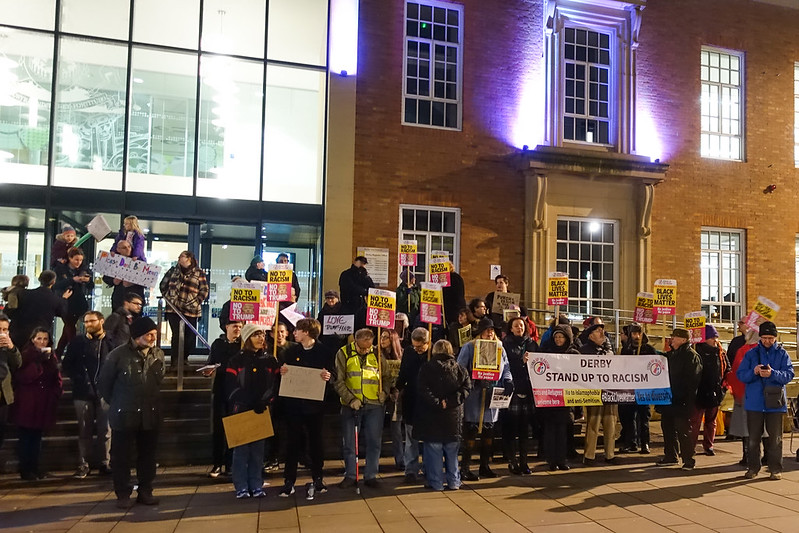 One of the more liberal protestors shushed a kid next to me cos he was making up his own chants about punching Nazis. His pithy reply was, “I’m Jewish, of course I’m gonna stomp them!”

Onwards and upwards with the resistance to international fascism.