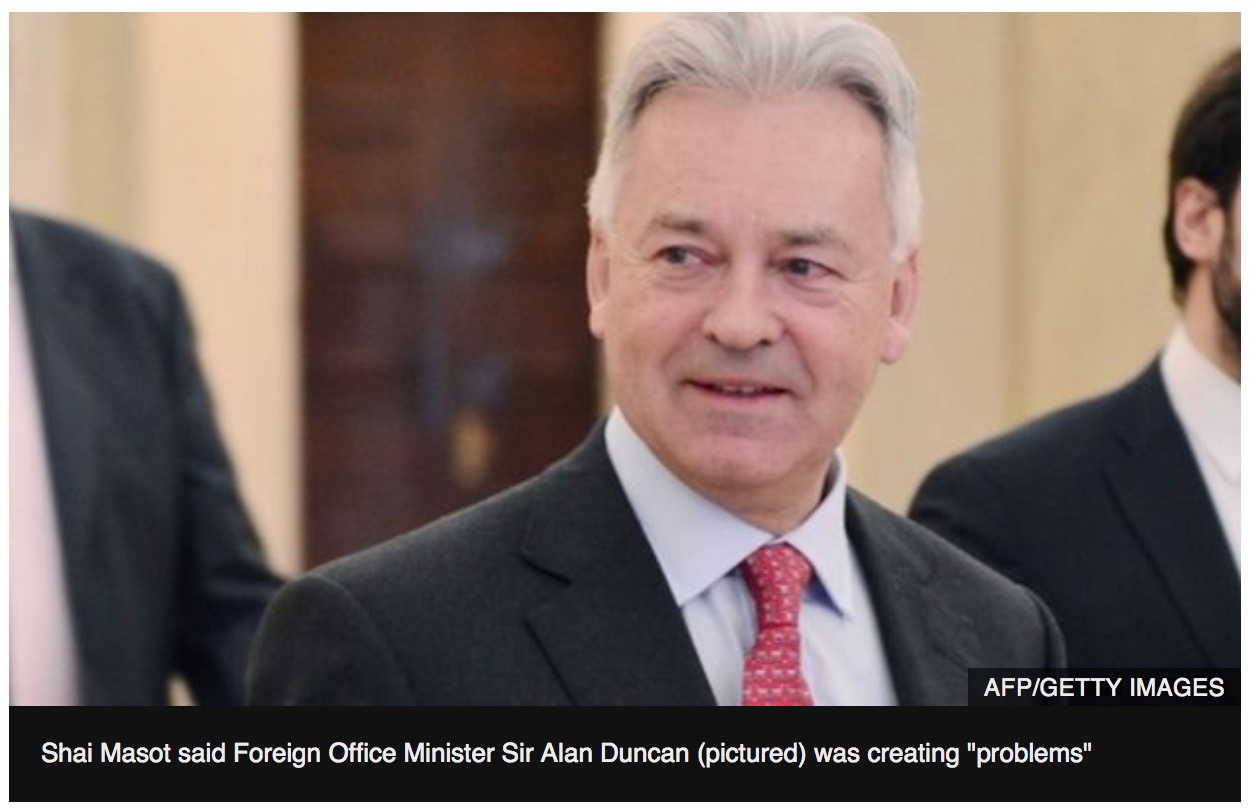 Israel’s ambassador to the UK has apologised after a senior member of his staff was secretly filmed saying he wanted to “take down” Foreign Office Minister Sir Alan Duncan.

Take down how? Politically? Physically, with an assassination via Mossad?
Can you imagine *any* other government getting away with this kind of threat? What if China or North Korea had been caught on camera saying it?
Yet, as it’s Israel… free pass, carry on illegally occupying foreign land and threatening senior UK ministers.