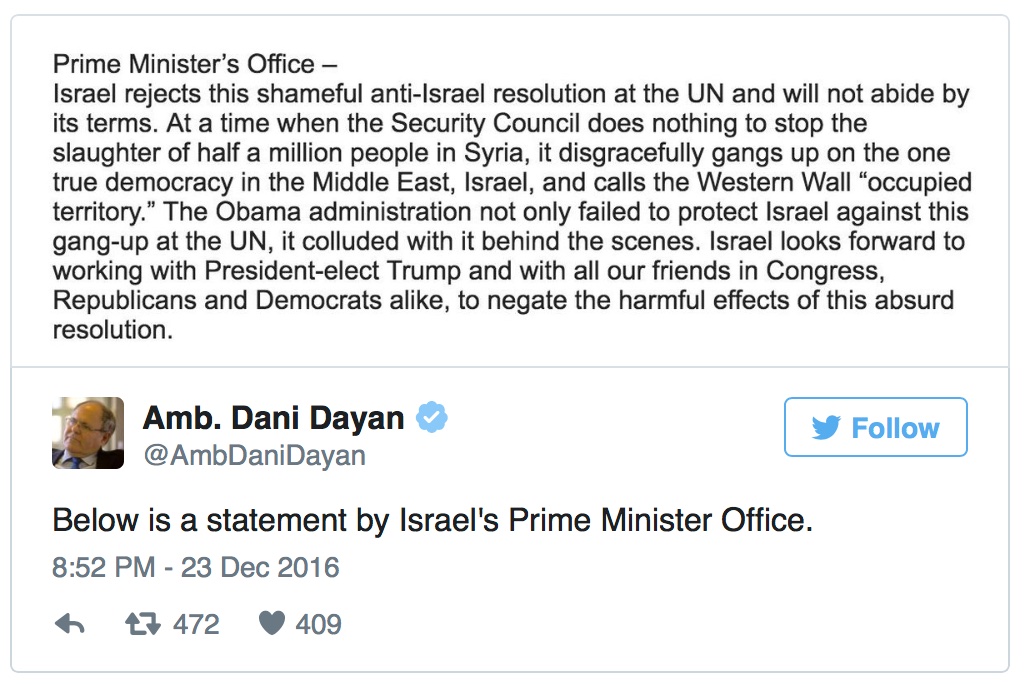 Barack Obama appears set for a final showdown with Benjamin Netanyahu after Israel said it would ignore a UN Security Council resolution and push ahead with the building of more Jewish settlements in Palestinian areas.

Last week, in a rare condemnation of Israel, the UN said it settlements had “no legal validity”. The criticism went ahead after the US decided to abstain, rather than use its vote to veto the measure.

Mr Netanyahu, who has long had a difficult personal relationship with Mr Obama, immediately announced that Israel would not “turn the other cheek”.

The best news of 2016 was last week’s UN resolution against Israel’s illegal occupation of Palestinian territory. And what does Israel do? Ignore it.

SO – when Iraq ignored UN resolutions, we sent in our military, the US sent in its military.

Will we be doing that here? Will we be defending the Palestinians against Israel’s illegal occupation?

Oh, what a surprise. No. Instead, the US gives Israel another $38 BILLION in ‘aid packages.’