… can I get that Mum card. Nope white Mum character. Can I get that Dad or sis card? Nope. Same thing. Niece, nehpew? Nope, nope.

Guess I’ll just get the ones with bears on as usual as at least they’re a kind of brown? Or with no representation of humans at all.

If you look at the figures from 2011, you’ll see that 87.17% of the British population identify as white.

And yet, there are certainly not 13% of cards aimed at us. I didn’t even see one card yesterday in four shops with a black or brown face on it.

This may seem like a silly thing if you’re white, if you’ve grown up with the privilege of seeing people like you on Christmas cards, birthday cards, in comics, textbooks, TV, video games, films. What does it matter?

But when I was looking for cards yesterday, I just had the same frustration, the same feeling of not belonging as when I was a little immigrant kid. Why aren’t my family worthy of making cards for? Why is every single cartoon drawing of Mums, Dads, sisters, brothers or whoever of white people? When will 13% of the population be able to find themselves in something as silly and loving and pointless and mundane as a Crimbo card?

Obviously, this is nothing compared to my chances of getting beaten up by racist coppers. I don’t intend to march on Parliament protesting lack of representation in greetings cards. It’s not a huge priority for me.

But it’s just another little way in which white people don’t have to think, don’t have to spend extra time searching because what is out there is geared unfairly (statistically) towards them. 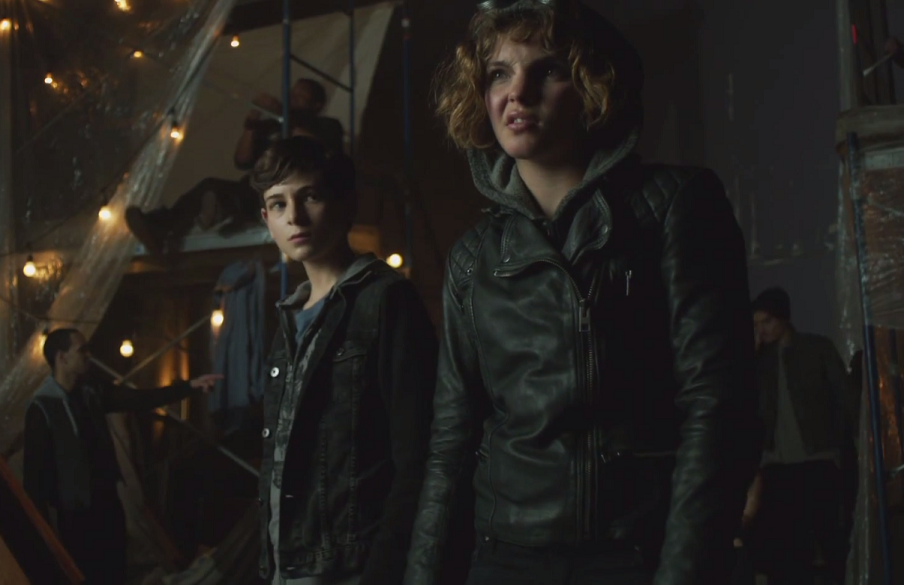 Absolutely loving Gotham. Lil Bruce (David Mazouz) and Selina (Camren Bicondova) on the run, the cinematography, the precision mise-en-scene, the random bit of Gang Of Four in the soundtrack.

This show is building up layer upon layer of history, adding so much detail to the DC characters it plays like aces.

The ensemble cast is flawless, the kids are on point as much as the adults. Everything just works.

I wish more shows were this deeply constructed.