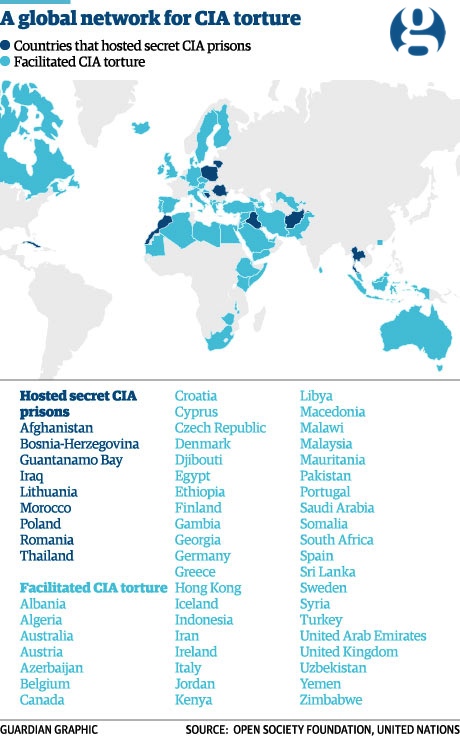 Imagine if a news story broke that North Korea had a huge network of secret bases all around the world. And that they were kidnapping innocent people to these bases, some of them children and then torturing them there.

Wouldn’t it seem like fantasy? Some bizarre spy film bullshit?

If the story was proved true, imagine the international outcry, the calls to blockade and boycott that country, to censure its government in the UN and dismantle the regime. Maybe even invade it to bring about regime change.

And yet, the USA is doing exactly that in real, actual life.

And no-one blinks. No-one is even surprised.

The US still postures as the world’s moral centre and still has the audacity to fight a phony War On Terror when it is the biggest terrorist state in the world itself.

This is beyond Orwellian.