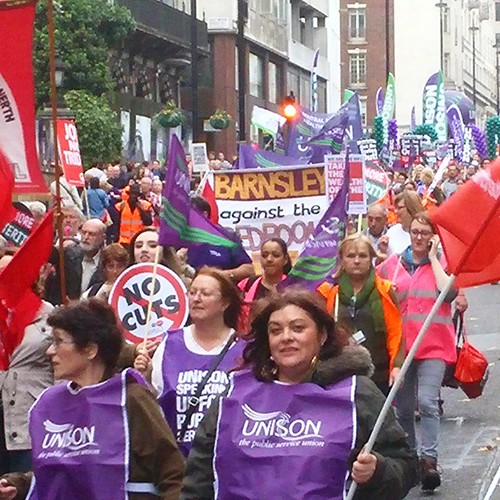 On Saturday, I staggered out of bed after not very much sleep at all (DJing the night before, innit?) and then joined up to 100,000 people marching in London on the TUC-lead Britain Needs A Payrise demo.

People are currently facing the biggest squeeze on their incomes since Victorian times, and wages have fallen in real terms every year since 2010. We believe that as growth returns to the UK economy, everyone should get a fairer share in the recovery.
The time has come for Britain to get a pay rise.
(Source: TUC) 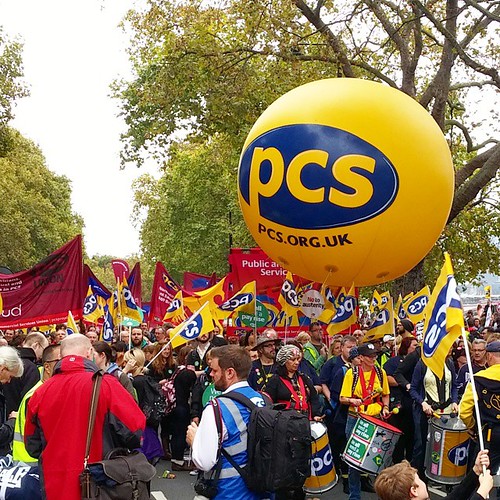 I managed to meet up with my buddy Matt and despite me having a stupid gammy leg, we did the march from Embankment to Hyde Park. It was an amazing day, seeing all the huge union balloons and banners, as well as smaller, beautiful banners like this one: 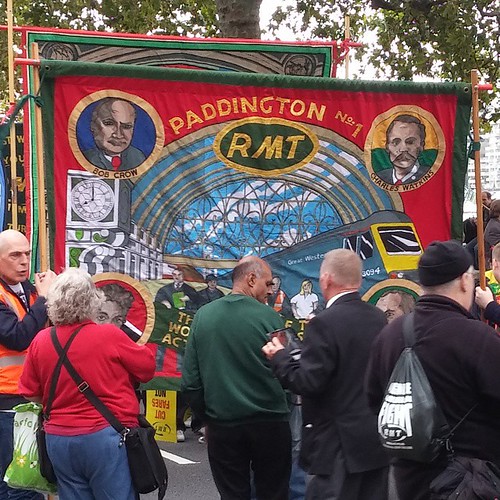 Obviously, the bourgeois press gave no coverage to tens of thousands of Britons marching in opposition to the government’s economic policy because, you know, we only see dissent on our screens when it’s against the Chinese or some other enemy government.

Well, I was there. I saw London swamped with citizens who want a change now, who are fed-up with MPs awarding themselves 9% pay rises at the same time as saying they can’t afford 1% for nurses.

We will keep marching, we will not be ignored.