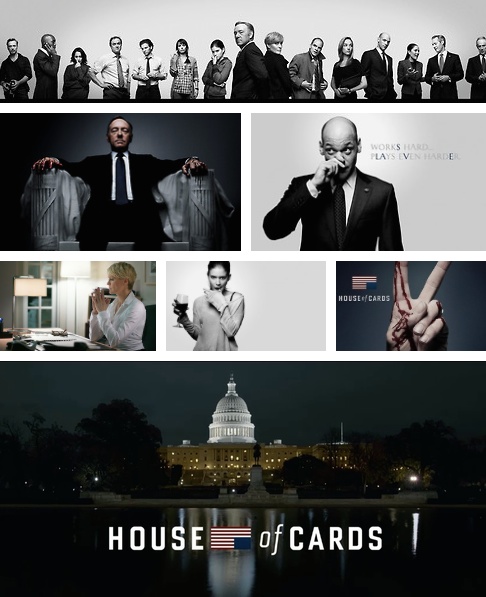 So, in the past week, I’ve bingewatched both seasons of House Of Cards and I remain in awe of the whole programme.

This is peerless television.

I loved the original UK series it’s based on. Ian Richardson created the perfect oily Tory: completely selfish, psychopathically amoral and apparently genetically incapable of honesty. I’ve met Tory ministers with more than a touch of the Francis Urquhart about them.

Spacey’s Frank Underwood is a perfect translation of Urquhart, ditching the Tory nobility for homespun Southern Democrat homilies. Spacey follow’s Richardson’s template in breaking the fourth wall frequently and these asides to the audience are everything in House Of Cards. Spacey is so deft in his performance, so perfectly evil that he almost seems to be reasonable in his malice.

Robin Wright, who plays Underwood’s wife Claire, is also magnificent. In her portrayal, Claire is charming, charismatic, intelligent and quite, quite deadly. It’s a glittering performance from Wright, she surely must go on to equally meaty roles after this.

If you stop and think for a second that you’re watching Bobby Darin and Princess Buttercup, then you realise the enormous depth and breadth these actors possess. It is stunning.

But without an equally adept supporting cast, the whole show would crumble into fantasy instead of feeling so absolutely, terribly true. This is also where House Of Cards gets it right: there is not one off performance from any actor, no matter how small the role. Whether it’s the Bambi-to-Joan Of Arc path that Kate Mara’s character, reporter Zoe Barnes, follows or Corey Stoll’s heartbreaking portrayal of Peter Russo, I can’t fault anyone.

The writing and direction are, of course, laser-sharp. Again, watching House Of Cards made me realise what I’m missing from a lot of contemporary drama, filmsor TV: adult content. By which I mean adult emotional content: nuances, levels of complexity, plot lines that don’t simply revolve around which two hunky boys fancy a standard-issue “outsider” girl.

So much of contemporary popular culture is skewed towards or originates in YA that it is a refreshing slap in the face when House Of Cards shows up, completely uncompromising. No explanations, no one-dimensional characters who are little more than fap fodder: real humans. And, hey! Let’s give a big welcome back to our narrative chum MORAL AMBIGUITY.

Yes, House Of Cards has heroes and villains but it also doesn’t. It has people who are sometimes evil, sometimes good. Sometimes they murder people in front of your eyes in the most callous, indifferent manner. And yet, so skilled is this production that just a few minutes later, you can find yourself sympathising with the monster.

And also, welcome back UNPREDICTABILITY.  I’ve missed you, my friend! Through most things I watch, my brain is saying ‘oh, this will happen and then this and then this’ and around 90% of the time I’m right. The girl with glasses who everyone was mean to will, OMG WAT, turn out to be ravishing. The bad villain guy will be bested by the good hero guy. The brave cop will arrest the bad criminal. The intrepid US spy agency will thwart the evil Islamists and save the day.

Because we all know how lovely and friendly the police are and how the CIA and NSA are the protectors of freedom and democracy.

This is the shock of House Of Cards: in a sea of US TV and film which is the most idiotic, corny, unrealistic bullshit I can ever remember, this series gets it right.

I’ve just watched 26 episodes, pretty much back to back and all I want to do is watch the whole thing again.

You need to watch this entire series. Now.