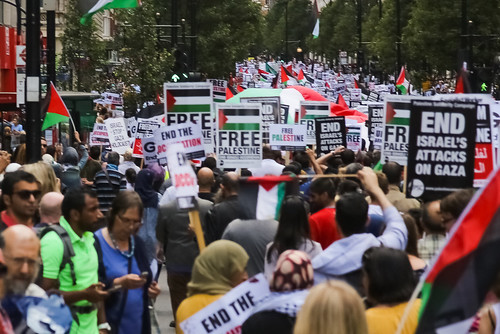 Today, I woke all bleary after four hours’ sleep and caught the train to London to take part in the national demo called by Stop The War in defence of the Palestinians being slaughtered in Gaza by Israel. 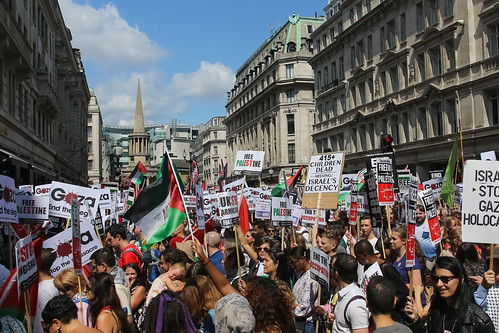 This huge disparity is, very simply, a massacre.

So, that’s why I had to march today. My government is involved in funding this slaughter, my taxes have helped to murder those innocent children. I am fucking angry about that. 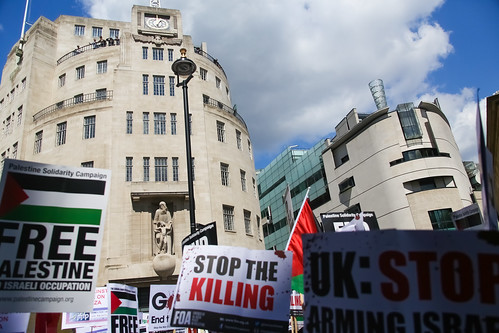 Well, the march was enormous, probably around 150,000. Obviously, the BBC is only saying tens of thousands but the first thing we did was shout at the BBC headquarters (see the pic above) for its pro-Israel bias sooo… no surprises there. 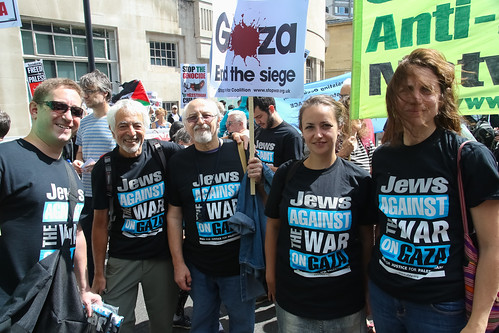 Some pro-Israel provocateurs have been trying to portray the mass of support for Gaza as being anti-Semitism. Yes… if that’s true, care to explain the above picture? And maybe watch this video by young Jew Barnaby Raine:

The vibe on today’s demo was as it should be: peaceful but righteous, angry that our government and media in complicit in funding and then whitewashing war crimes against Gaza. We marched, we sang, some of us shouted rather impossible profanities but the main thing is we showed solidarity with all those suffering in Gaza. We hear you, we’re trying to change things here, we’re trying to veto the arms deals which mince your children.