Ridley Scott’s Exodus: Gods And Kings movie is racist as shit. And it’s disgusting, lazy and a movie that people shouldn’t…

Again, this is what I mean about the one-way street of cultural appropriation: the whitewashing of so many African characters coupled with the handing out of the lesser roles of criminals and servants to black actors is pretty fucking unbelievable.

And Scott has even been out whitewashing the statues: 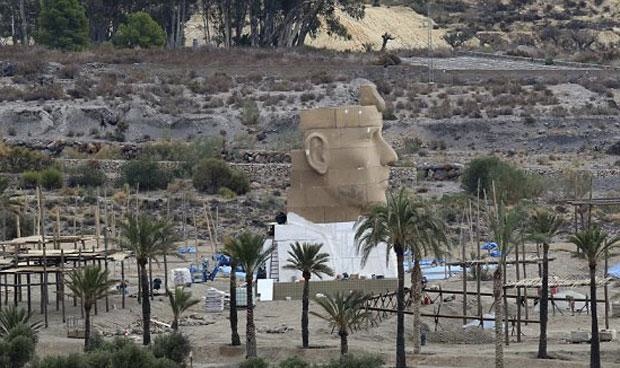 While this kind of whitewashing was the un-questioned norm in 20th-century Hollywood, this is 2014 now. We should be and we are way, way beyond this.

Of course, Scott has been peddling imperialistic, racist, gung-ho nonsense for years and got away with it.

Let’s hope this film flops horribly and this time he doesn’t.