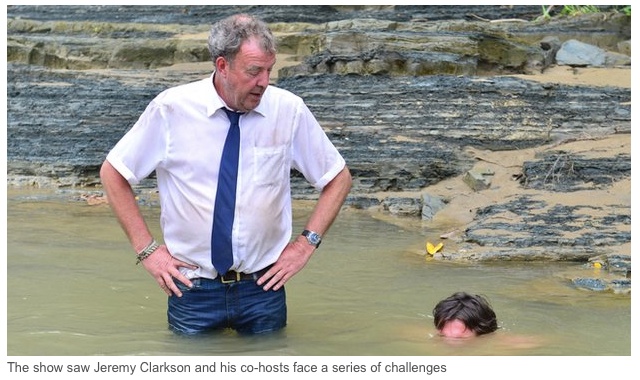 The show featured a segment showing the hosts looking at a bridge they had built on the River Kwai as a local man walked across it.

Clarkson remarked: “That is a proud moment. But there’s a slope on it.”
(Source: BBC News)

So, any time someone says they’re a fan of Top Gear, just replace that in your brain with:

“Hi, I’m a racist and I’m a fan of racism and racists like Jeremy Clarkson.”

You all have to watch this again: