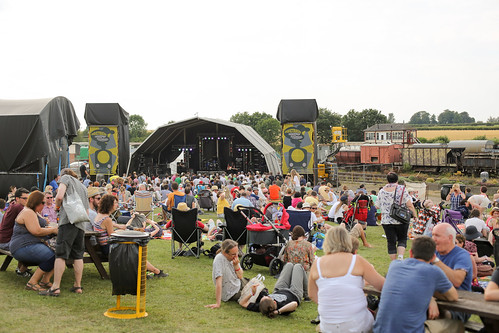 Indietracks 2014 was this weekend and, even though I’m straight edge, I’m still recovering from the mad swirl of it all. Firstly, it was DAMN HOT. GODDAMMNNN HOT. I honestly thought I’d pass out at some points in the shed! A contrast to last year’s downpours. 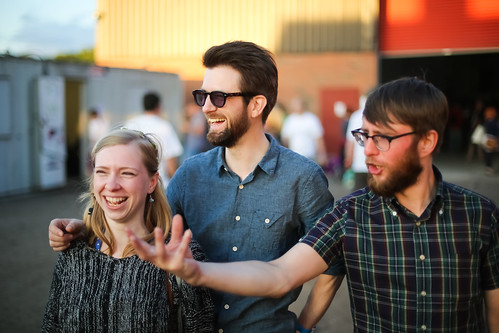 Then there was the bewildering array of music:  too many bands to see! I’ve given up on trying to see bands in the Church now, so I wrote off that stage. But that still left the train shed and outdoor stages as well as surprise jams in the merch tent. As well as the actual music, there was the core Indietracks activity: bumping into people who you haven’t seen since last year’s Indietracks. 🙂 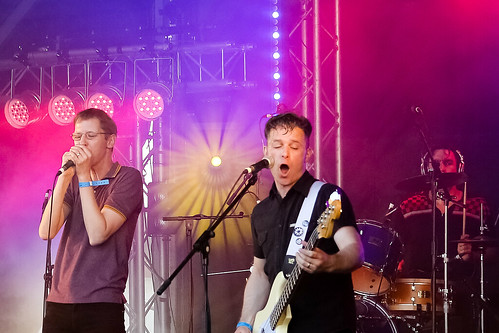 The first band I saw were Spearmint. AND THEY WERE BRILLIANT. I’ve never seen them before and so it’s the first time I’ve heard songs I’ve known for years rocked out live. Apparently, they don’t get asked to gig much which is a fucking shame ~ sort it out, indiepop promoters! 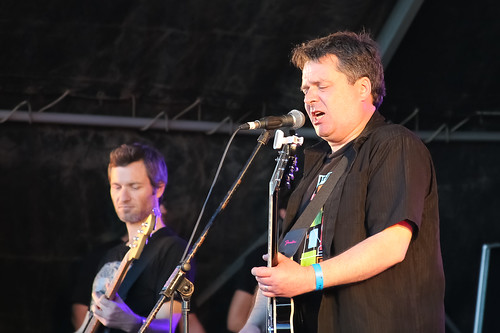 The same with The Chills, never managed to see them live way back when and then, boom, they’re on stage in front of me! I loved the old tracks but I also loved the tracks from the new album. Really, this kind of songwriting genius is rare nowadays. The only thing the set missed is ‘Rain’ which is my fave Chills song and simply one of the best indie songs ever. 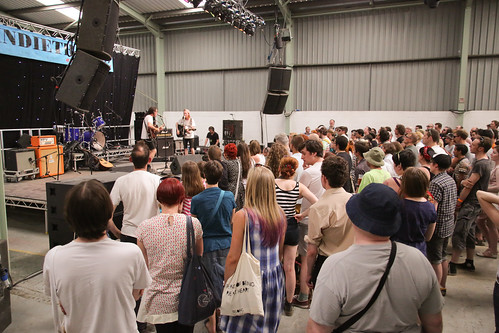 I missed the start of ONSIND because of pesky travel shenanigans but the end was brilliant: passionate punk with an actual heart and soul. I hear so much (pop) punk which is utterly meaningless, just some nonsense about invented heartbreak and boohoo my emo life. ONSIND are the antithesis of that drivel. 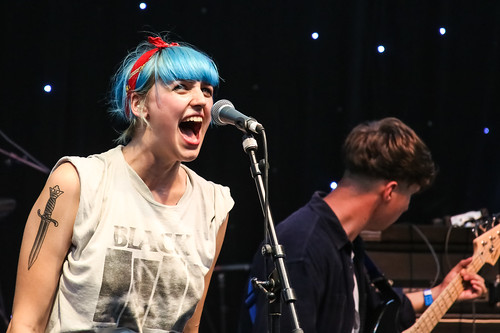 Joanna Gruesome surmounted some pedal-based killjoyness to play a blazing set, full of excellent shouty bits and wonderfully floaty twee bits. I missed them last year because they were on the Church stage so I’m so glad I caught them this time round. They also had this feller guesting on stage: 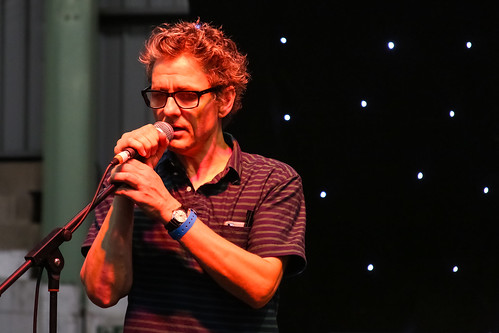 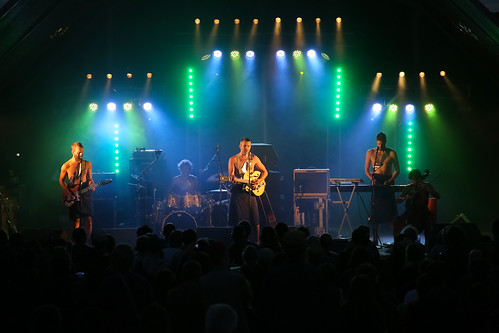 Closing the festival on Sunday evening were The Hidden Cameras. Their half-naked stage gear went down very well with a frankly over-randy audience (YOU KNOW WHO I’M TALKING ABOUT) and their set was stuffed full of crowdpleasers. I loved their show, it was warm and human and full of life, humour and strange little hooty bits. 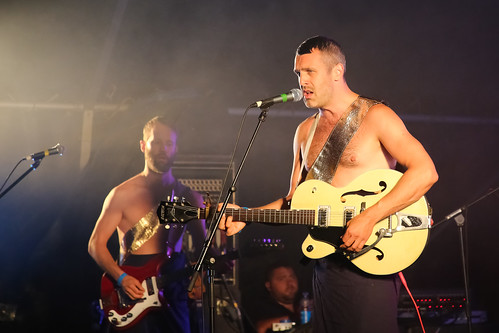 The only criticism I can make is that there wasn’t enough from the wonderful new album, I really wanted to hear ‘Gay Goth Scene’ live, it’s so beautiful. Also, even though they did an encore, the set was still too short. They have too many anthems we need to hear! 🙂

My memories of Indietracks 2014 will be of all the friendly peeps I met, old and new, the frankly overwhelming number of brilliant bands (too many to see them all!) and the whole vibe of the event. Indietrack 2014 was a like the best house party ever! But in a field! With bands! And owls!