As you may know, I’m a little obsessed with Saves The Day. But, until, Sunday, I’d never seen them live. The truth is, I think I was scared. I’ve often loved a band and then a desultory live experience has put me off them and I’ve stopped listening to them at all. I really didn’t want that happening with STD as their music is so important to me.

So, it was with equal parts excitement and trepidation that I squeezed as far to the front as I could at a packed Rock City main hall to pop my Saves The Day live cherry.

They started off with newie ‘Remember’ and instantly, we were all seduced. Everything about STD live works. Firstly, there’s the assured grace that musicians have when they really, really know what the fuck they’re doing. On top of that, there’s Conley and his pitch-perfect vocals. He’s probably second only to Ben Gibbard in the way he can make live versions of songs sound better than the recorded tracks.

Saves The Day live are the classic two guitars, bass and drums lineup ~ no backing tracks, no choirs, no redundant synth player noodling away. And within that essential configuration, they give the audience worlds of songs. So deft is Conley’s songwriting and the band’s arrangements that you never stand there, thinking, “Hmm, I’m liking this but it’d be BRILLIANT with a synth rave preset tacked on the end.”

They are perfect. They were perfect. When ‘Anywhere With You’ was followed by ‘Freakish,’ I did, indeed, lose my shit and do proper emo crying, smiling as I was singing as I was crying as I was remembering who that song will always make me think of and how much I miss her.

The whole set, old or new, was loved by the crowd and pretty soon I was ejected from my prime position by kids moshing their tits off. Which is entirely as it should be: I’m an old man, I should be left out for the wolves to gnaw. What does Conley, who’s 34 now, think when he sees all these teens totally in love with his songs? Probably the same as me when I get asked for an autograph by someone who wasn’t even born when ‘Your Woman’ was released: ‘FUCK, I’M OLD.’

After the gig, I spotted Palma doing the merch just by the Rock City doors, totally chilled. I went up, mumbled some bullshit, took the pic above and shook his hand. He was sweet, I was tongue-tied. I’d just seen songs I’ve loved for over a decade come alive before me, I’d heard them a way I never have before.

If you get the chance to see Saves The Day live, don’t be hesitant like I was. Go! You won’t regret it!

Woohoo! Hit The Deck was, once again, lovely fun! I went with my mate Emma:

We caught mostly the same bands but split up for a few – the worst thing about HTD is that there are always gig clashes! BOO!

The first band I saw was Hands Like Houses. Very poppy and confident, the Aussies played a great little set.

Next up were The Charm The Fury who turned out to be my second-favourite band of the whole day. From the first note to the end, they played with passion and energy, owning the room and getting the crowd properly moshing. But more than that, I’d never heard their stuff before and I loved the songs, they’re just so chock-full of killer riffs.

I missed most of Vukovi‘s set due to clashes but caught the end which was soooo much fun! They had a fucking whale of a time and so we did too. Wish I’d got to see a bit more!

Bastions were ferocious and intimate, a weird mixture but they carried it off. There’s something about their music, it’s obviously still rock but there’s something that’s very intensely quiet in the heart of all the glorious noise.

Dead Harts looked pure metal but sounded pure hardcore, slamming away through a set that seemed woefully short. I could have done with at least another two or three songs. They have a glowering presence that crackles and is as seductive as it is unhinged.

Next up were The Front Bottoms who I was so chuffed to be seeing after their album made it into my top albums of 2013. Live, TFB are confessional and transgressional: I love songwriting in which the protagonist is not a hero but an honest, fallible dickhead like, y’know, real human beings are. They got a huge reaction from the crowd and all around me kids were singing their fucking hearts out, completely lost in the lyrics. As they should be!

Now, that isn’t the last band of the day but I’ll save that for the next post… 😀 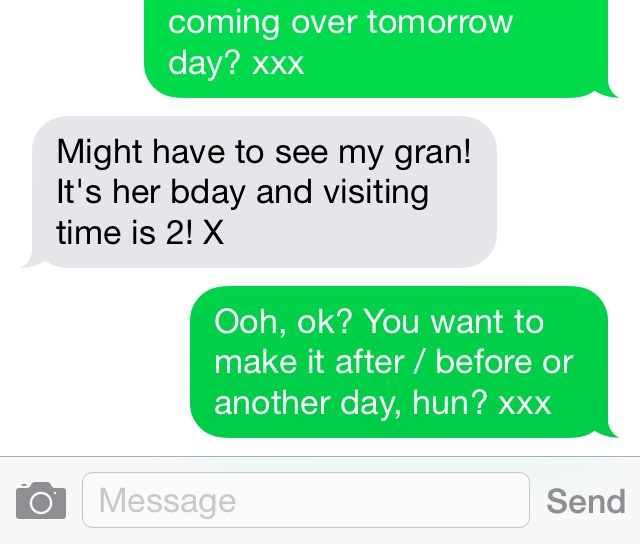 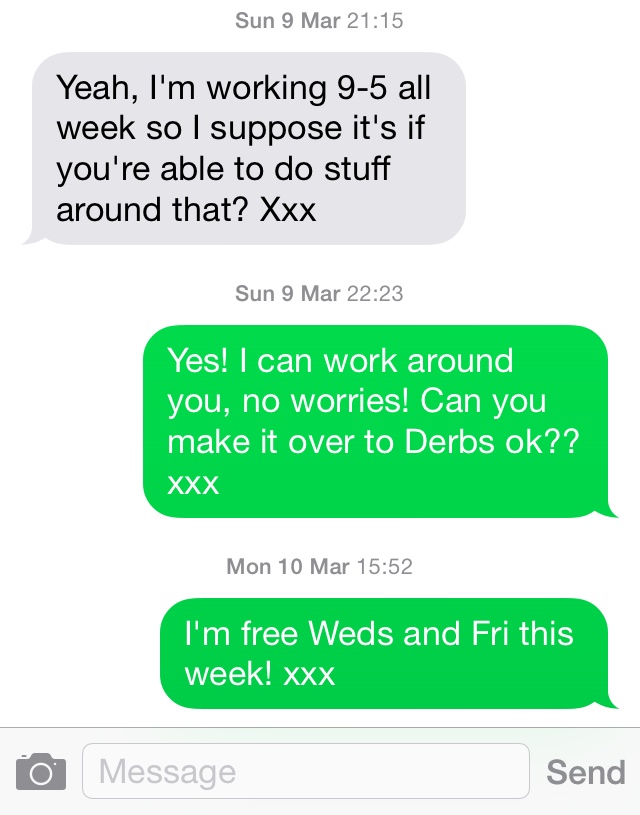 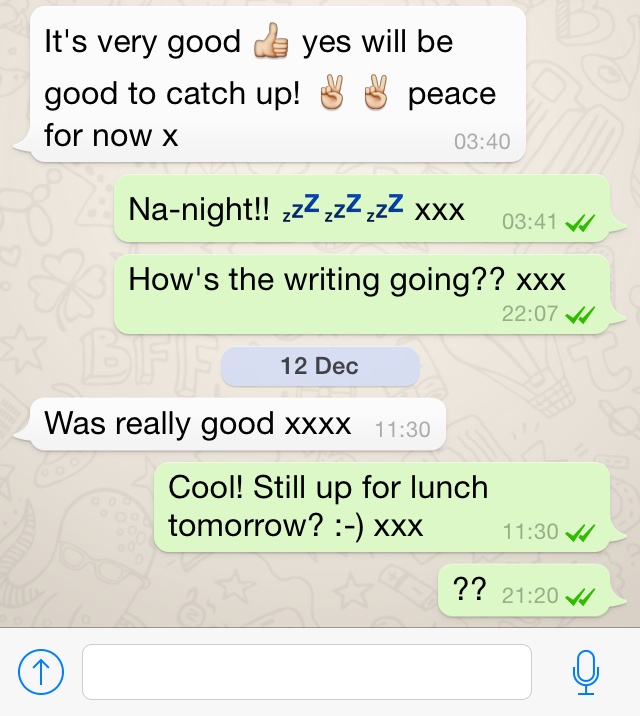 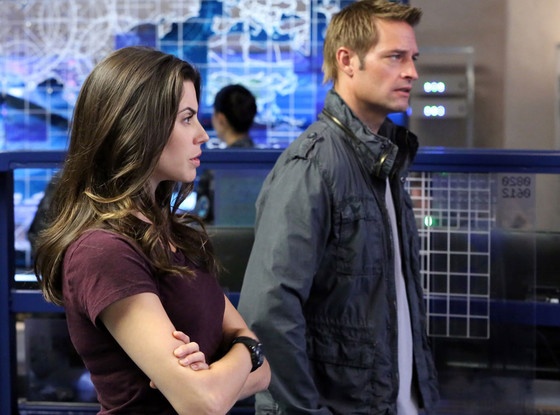 I realised tonight that nowadays I’m only happy when I’m dancing.

Should I be worried that the rest of my life is pretty grey?

Or should I be grateful that I’m happy at all? So many people are never happy, I’m lucky to experience joy.

Tonight, when TSSF came on, I was so happy. I was in a little, safe cocoon of joy that the thought of being sad didn’t exist, the concept wasn’t in me. I felt light, like I could jump over mountains.

My mates were round me, we were dancing and singing and shouting and punching each other occasionally. It was awesome fun.

It was truer than I can explain with words. Sadness and anger twist and turn around each other. This confuses me. But then I remember I’m angry at myself.

Home now, the weight returns to my shoulders and every day it gets a little heavier.