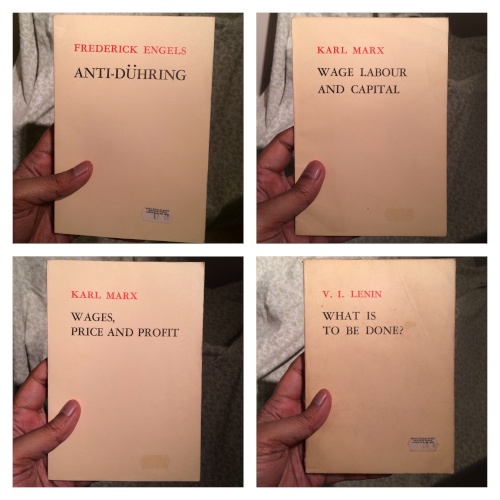 I joined my first Marxist revolutionary party around thirty years ago. It was a baptism of fire for me: I was full of hatred for Thatcher, the Tories and the establishment but I had no real understanding of my enemies. I struck out at the tiniest and least significant affronts whilst ignoring the biggest source of inequality in the world.

Kind of like a lot of lefties I see spouting stuff on Tumblr and elsewhere on the net, stereotyped as SJWs. 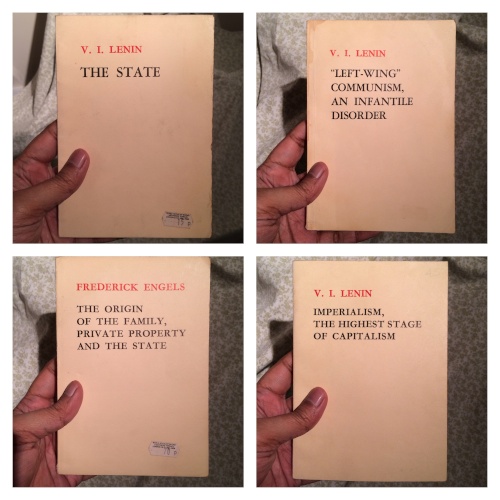 Anger is great, it’s the first step in removing the boot of ones oppressor from ones neck. But it’s not enough. Self-righteous indignation will not overthrow capitalism, patriarchy or racist cultures. Only socialist revolution will achieve that, and a worldwide one at that: we can see from the horrors of the deformed workers’ states of the former USSR and China that those regimes value liberty less than bourgeois democratic regimes. Stalinism is one of the greatest atrocities of the 20th century and incontrovertible proof that socialism in once country is impossible. 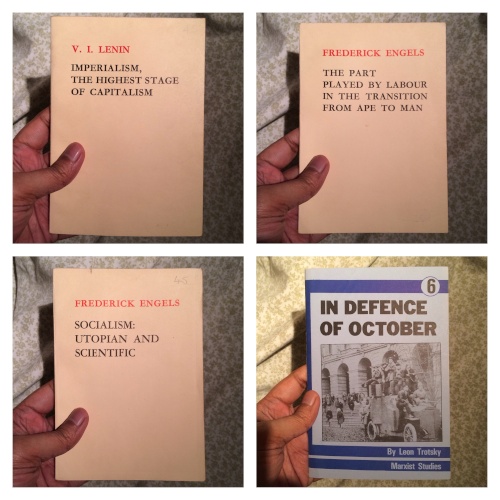 The Militant took me under their wing and through a program of education, taught me to analyse political and cultural situations from a Marxist viewpoint. Before the age of twenty, I had to read all the books I picture here and often had to present them in discussions with other comrades, comrades who would quiz me on my grasp of the theory therein. Woe betide the ill-prepared comrade. 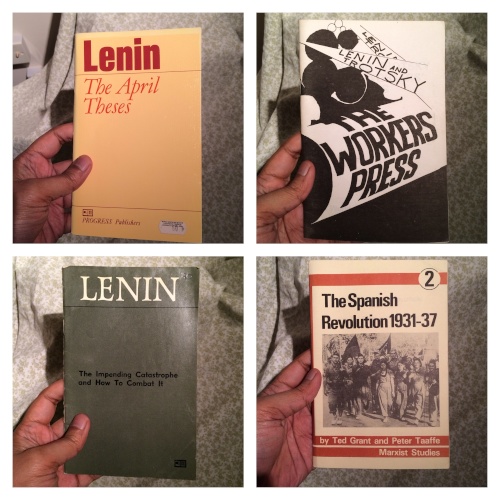 I see these books as intellectual self-defence for any human being but particularly for anyone under 25. Read them, understand them and then apply them to the world today. 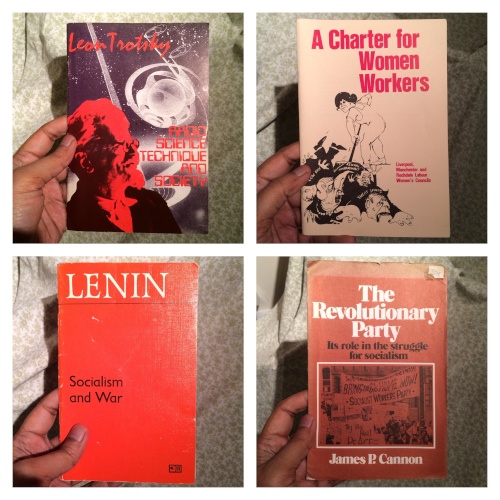 But more than that ~ get out there. Marxism, socialism are all forms of activism and the key is in the word: get active! It’s not enough to tap away at your keyboard, you have to take part in demos, organise protests, educate your friends and workmates. 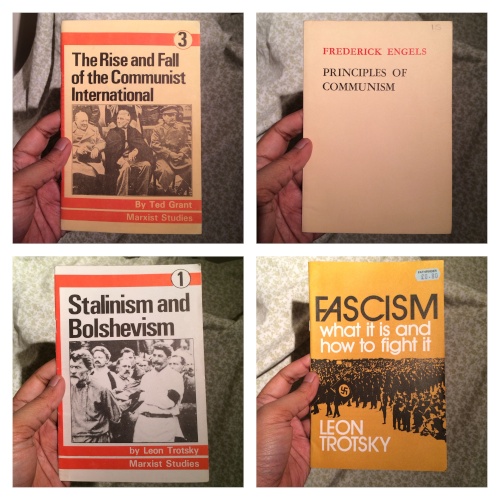 Otherwise, your left-wing phase will be as meaningful as most people’s straight-edge phases; simply a youthful peccadillo that you will smugly recount at a dinner party when you’re 45 and you’ve become the enemy, you’ve become part of the system you once wanted so desperately to smash. 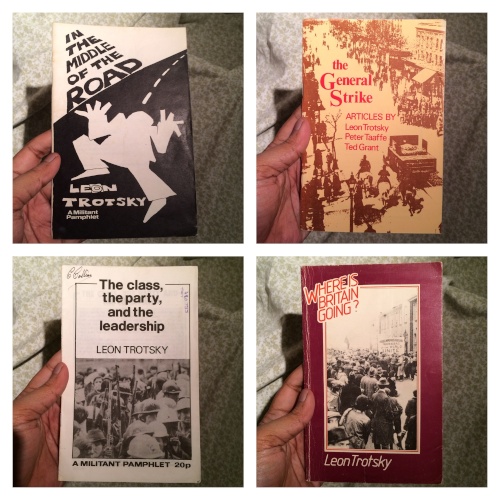 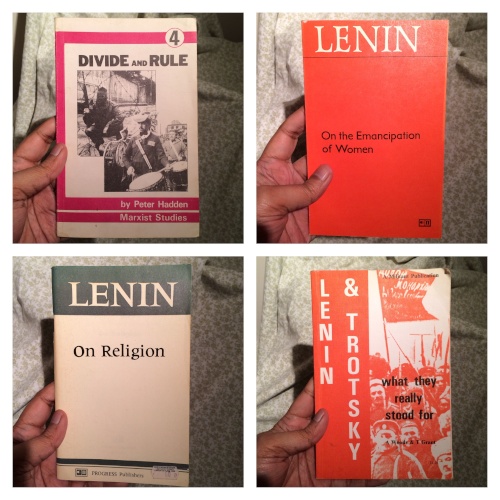