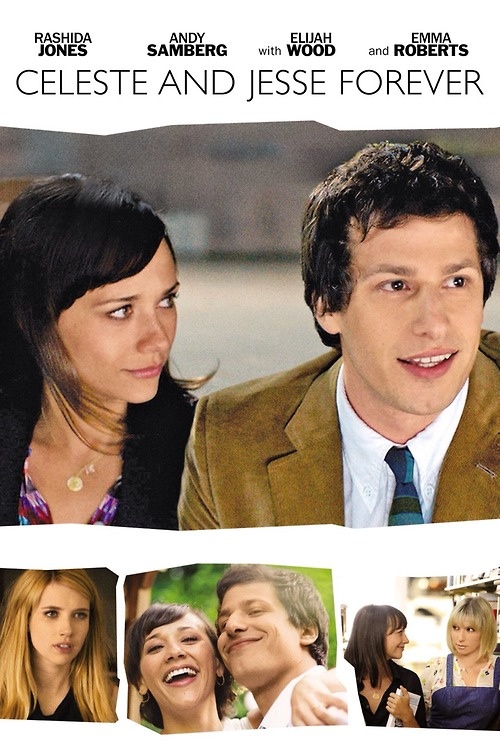 It’s going to be hard for me to write about this film because when I watched it, I didn’t know anything about the plot. This lead to some nice surprises within the first five minutes. So… I’m going to be vague where I can so I don’t ruin it for you.

‘CAJF’ is genre-tagged as being an indie film and a rom-com. But whilst it is both of those, it’s also neither. It doesn’t feel indie to me because it feels very big budget and Hollywood: at no time did I think ‘wow, had to cut corners there.’ Yet, it’s budget was only $840,000 which is definitely on the indie side compared to the turgid blockbusters that clog our multiplexes like obstinate turds.

It’s a rom-com and it’s not. It deals with sexual relationships so it’s definitely about romance. And it’s very, very funny so it’s definitely a comedy. Where it differs from production-line rom-coms is in its heart, wit and depth. There is more going on here than the usual A-B-C-A of normal rom-com narrative structures.

‘CAJF’ is about two people who have been best friends since they were kids. This turned, at some stage, into sexual love and they were a couple. Where we find them is at a curious stage of their relationship (again, I don’t want to say too much in case of spoilers). Celeste has a good job as a trends forecaster and Jesse lives in a studio outbuilding in her back yard, working as in illustrator but being lazy at it. In the setup, it’s a perfect framing of many contemporary relationship trends where an intelligent, ambitious woman seems to end up involved with a loveable but un-focussed manchild. A lot of my single female friends are women with 21st century values dating boys with 1950s values.

The leads Rashida Jones and Andy Samberg play Celeste and Jesse with considerable finesse. This is the detail that elevates ‘CAJF’ over the average will-this-do? boy-meets-girl nonsense. The ground these actors have to cover is scary: balls-out stupidity one scene and then the most intense, heartbreaking closeness the next. It’s this heterogeneity that makes ‘CAJF’ a wonderful film in that we don’t just see the mawkish, fantasy relationship of an average rom-com, we see everything. Without the tremendously silly parts, the horribly sad parts just wouldn’t have the punch they do because we’ve had time to know these people as fully-rounded characters, not as the thin ciphers of most modern romantic cinema.

Real love isn’t a storybook arc, neatly wrapped up in fucking montage scenes and awesome soundtrack choices. It’s messier, more brutal and carves your insides out so nonchalantly that you don’t realise what’s gone till you look down and see the gaping mess left behind. ‘CAJF’ is a film about real love so to call it a rom-com is about as accurate as calling ‘Apocalypse Now’ a war film. Like that work, ‘CAJF’ transcends its genre conventions by daring to go further. How many other rom-coms are based around a divorcing couple? How many would have side romances where the characters were depicted as real humans like ‘CAJF’ does?

As a divorced man myself, the last scene that Celeste and Jesse share was tremendously moving. I know what it’s like to say goodbye to someone that’s been part of your life for more than a decade, to realise you won’t be seeing your best friend any more. But I have never seen that represented in any love story until now.

Thank fuck *someone* is making real films about love.