I saw around thirty films this year, this is my ranking of my favourite twenty! 😀
The biggest surprise was ‘The Secret Life Of Walter Mitty,’ which I only saw on the off-chance as my bestie got free tickets. It’s hugely deeper, funnier and more beautiful than the original, as dis-similar as the noughties remake of ‘Battlestar Galactica’ is to its precursor.

There were some real stinkers this year but I shan’t comment save for their omission from this list. You can probably work it out for yourself. 😉 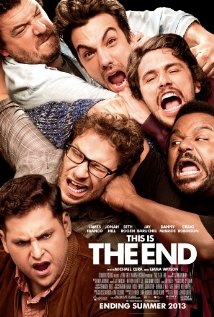 20. This Is The End
Immensely, ridiculously stupid. Worth it for Cera’s performance alone. 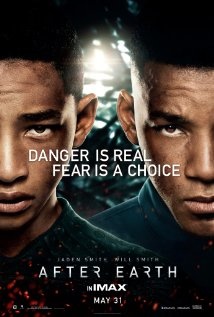 19. After Earth
Very maligned in reviews but I loved it! Rollicking action and some lovely SF touches. 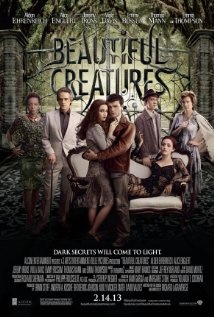 18. Beautiful Creatures
I didn’t expect to like this one at all but it was very sweet. 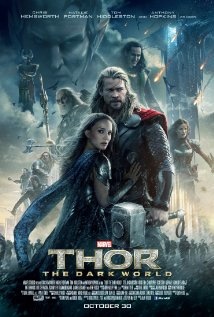 17. Thor: The Dark World
I much preferred this outing to the first. And Kat Dennings… so in love.

16. The Host
Again, another that wasn’t really aimed at me since I’m not a teenage girl. But Ronan’s performance anchors the film for me. 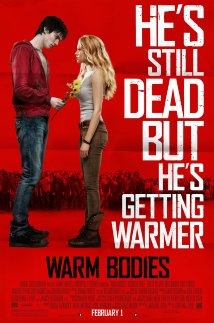 15. Warm Bodies
I don’t know if zombie romcom will be a big genre but Warm Bodies makes a sterling beachhead. 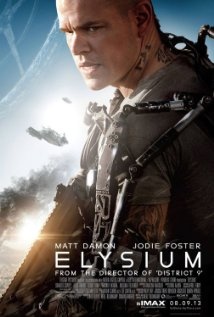 14. Elysium
Slick, exciting and Damon is excellent as ever. 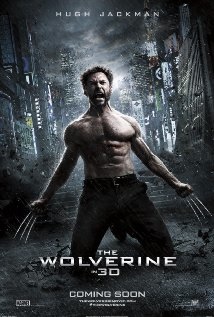 13. The Wolverine
Soooo much better than the first Wolverine film, Jackman gets a chance to shine. 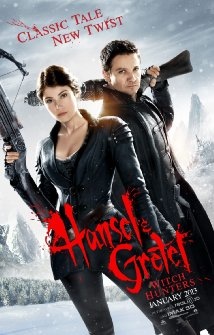 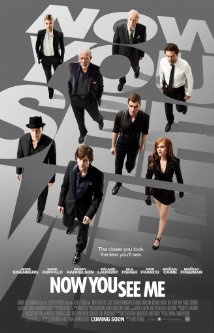 11. Now You See Me
Wonderfully twisty without being showy and Caine steals the show, ironically. 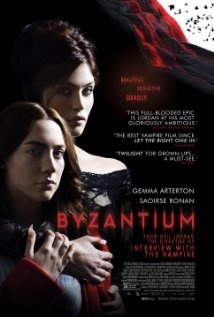 10. Byzantium
Hmm, Arterton and Ronan keep popping up, don’t they? Which is fine by me as they are powerful, adept actresses. This film may have floundered with other leads but they completely sell it. Modern vamping has a new benchmark. 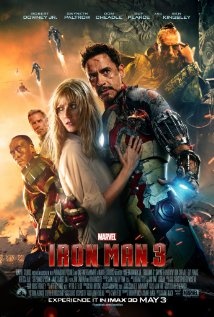 9. Iron Man 3
A return to form after the bloated second film, this one has a razor-sharp script. Downey covers a huge gamut in his fleshing-out of Stark as a playboy, a hero and, always, a proper knob. 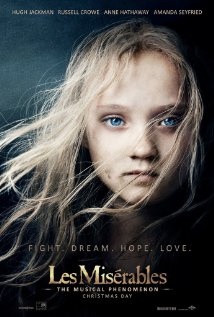 8. Les Miserables
Surely the best modern musical, particularly as all the singing is live, shot in scene. Faultless acting from the entire cast, how is any new musical going to compete with this magnificence? 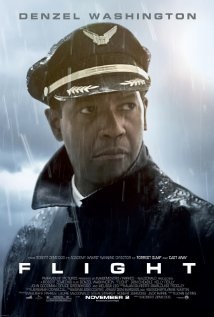 7. Flight
Denzel Washington has never, ever, ever delivered a bad performance. The man should be dripping with Oscars. Here, he walks the most difficult of tightropes portraying a complex, conflicted character. And he brings him to life as only Washington can. 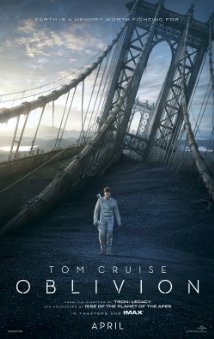 6. Oblivion
For some reason, this film got largely drubbed in reviews. I found it moving, surprising and pretty much faultless. Cruise is effortlessly heroic in that trademark Cruise way which only increases the levels of weird when we find out who he actually is: not a hero at all. The layers questioning identity, authenticity and memory are what make the film for me. Olga Kurylenko is as radiant as she is sure-footed, charting Cruise’s character’s descent/ascent. Special prize for M83 for their gorgeous soundtrack! 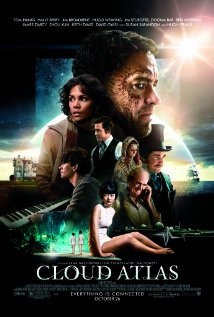 5. Cloud Atlas
Forget the cameos, forget the ‘OOH, THAT WAS HIM! OMG!,’ as much fun as it is, the real point of ‘Cloud Atlas’ is its sprawling, proud complexity. It delights in detail, be it future replicant-staffed bars or dark sailing ships. I loved the ride it took me on and the eventual connection of so many disparate elements. It is an epic film in the best, most noble sense of the word. 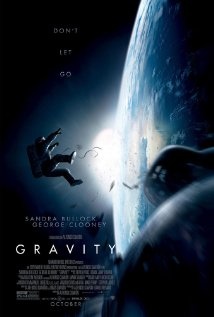 4. Gravity
Sadly, I’ll never get to see space with my own eyes but I feel I came damn close watching ‘Gravity’ in IMAX 3D. This is a film that makes the most of the pure spectacle of cinema, jetting the audience into a world as serene as it is deadly. However, it isn’t all about the spectacle, Bullock is microscopically nuanced in her central role, heroic whilst still being human. I found the first part of the film unbearably tense because I *knew* shit was going to kick off but had no idea when. So, ‘Gravity’ is more thrilling than most films that are attempting to be thrillers. And I will be re-watching it on the small screen because it isn’t empty bombast, like most action films, it’s a film about human passion, creativity and brilliance. 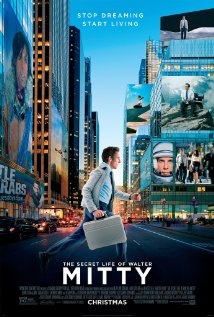 3. The Secret Life Of Walter Mitty
As I said, I was caught unawares by this film. I’d expected something fluffy and throwaway, what I got instead was a treatise on existentialism, regret, hope and, ultimately, the ephemeral nature of life. Stiller’s film is a triumph for him, both as director and actor. His everyman Mitty exudes the same worn charm I see on so many passing middle-aged faces as I’m shopping in town. And more than occasionally in the mirror. There are sly twists in that we are shown that he’s actually been extraordinary all along but didn’t see it (the skate-bonding scene with Wiig’s kid). So, Stiller wants us to question our own lives; perhaps we, too, are extraordinary but don’t see it? In tone, this film reminds me most of ‘The Truman Show,’ it has that same surreal tone and quest narrative. It also has the most stunning cinematography of the year, Iceland and Greenland are thrown up in sparkling, magical detail on the big screen and yet again I’m reminded of why I hate CGI landscapes so much. Embedding Mitty’s character arc in these stunning locations frames it perfectly. This is a gorgeous film, in every way. 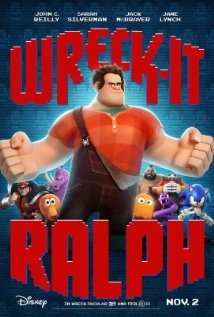 2. Wreck It Ralph
I had high hopes for ‘Wreck It Ralph’ and these were met and then exceeded. There is so much in this film, so many layers and, like Toy Story, Wall-E and other honourable predecessors, ‘Wreck It Ralph’ is only half a kids’ film. The other half is very much a film for adults in its themes of sacrifice, redemption and duty.

Perhaps the most bizarre aspect of the film is its focus on the notion of dharma. Ralph is a bad guy and doesn’t want to be a bad guy, even though it’s written in his very code and is the only reason he exists. So, he sets out on a journey to not be the bad guy. Along the way, the little girl her rescues turns also to have deflected from her rightful path, but this time by another character who, surprise, is also manifestly adharmic. When the film ends, Ralph is happy with his lot as a bad guy because he realises that is who he is and that he can best help the world by being who he should be. Thus, we have a completely Western narrative selling the audience this most Indian of perspectives. Well, it surprised the fuck out of me, anyway.

I re-watched the film three days ago with my niece and nephew, 47, 11 and 13 respectively. We all laughed at the funny bits, aahed at the sad bits and enjoyed playing ‘spot the game character.’ There aren’t many films that can work for such a huge range of ages, let alone present such a multi-layered narrative. 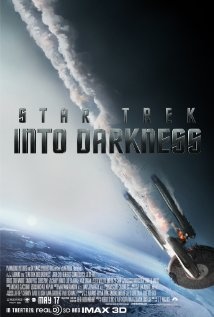 1. Star Trek Into Darkness
I am a Trekkie. I’ve been one for at least the last forty years. One of my essays for the final year of my degree was on themes of utopia/dystopia in Trek. I got a first-class honours pass. So, that’s my bias with all things Trek.

However, that doesn’t mean I leave my critical faculties disabled when watching Trek. For every ‘First Contact,’ there is a ‘Nemesis,’ for every ‘Let That Be Your Last Battlefield,’ a ‘Fair Haven.’

I was blown away by ‘Into Darkness.’ I watched it three times at the cinema and two more at home. As I hoped when I saw the 2009 reboot, Abrams launches us into a full adventure this time around. From the first opening set piece, this is widescreen, engaged Trek. We know the reboot characters, they know each other and we jump into a familiar Trek universe.

When I first saw ‘Into Darkness,’ I knew Cumberbatch was portraying the villain but I had no idea who he was. And I’m glad I didn’t, it made the reveal sweeter. Cumberbatch’s ubermensch is also the perfect foil to Pine’s human, imperfect Kirk. This is also cleverly established by having seven shades of shit knocked out of Kirk by Klingons and then seeing those same foes brushed aside like irritating flies by Mr. Super Villain.

I also love ‘Into Darkness’ for its political and moral heart. As much as ‘Revenge Of The Sith’ criticised Bush’s fascistic mindset in his horrific “war on terror,” ‘Into Darkness’ rails at Obama’s murderous foreign policy. I won’t say exactly how because this is a spoiler-free zone but the point is not subtle so you won’t miss it. When Pine’s Kirk rejects that evil, he re-affirms everything that is positive about Star Trek and about Roddenberry’s original vision of a better, peaceful future of interstellar co-operation. Never forget, the Enterprise is not a warship, it is primarily on a mission of exploration.

I also have to give just praise to Bruce Greenwood for his portrayal of Admiral Pike. As Kirk’s surrogate father, Greenwood is masterful in his restraint, playing his disappointment when Kirk’s an ass perfectly. We feel every part of Kirk’s pain in that failure and his love of Pike.

So, in ‘Into Darkness’ we have science fiction that addresses genetic determinism, political drama that grapples with the USA’s current role as the biggest rogue state in the world and we have intricate, tiny moments of the essential human dramas of love, death, loss, hope.

‘Star Trek Into Darkness’ is a brilliant film, a meaningful film and easily the best film of 2013.