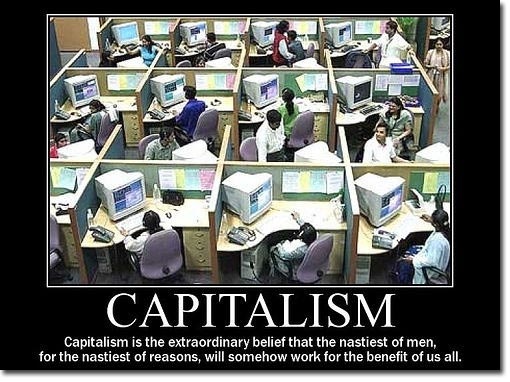 So, every day I check Medium and every day I see another array of posts on how best to squeeze the blood from humans in order to maximise the profits for Yet Another Corporation run by a gaggle of Sith.

Is this all this place is for, middle-management corporate wankery about ‘throughflow’ and ‘synergy’ and ‘virality’ and ‘inspiration?’

Obviously, it isn’t. I’ve found so many pieces that are actually celebrations of humanity, small stories that, when I read them, make me feel it’s okay to be fallible and lonely, to be normal.

But they’re drowned out by the foghorns of commerce. Ooh, look, here’s another 3min piece on how to organise the chairs in your boardroom so everyone feels equally motivated. Or this one, this one is how to best scam the net with a fake viral ad. Every post is full of buzzwords like ‘millennials’ or ‘entrepreneur’ which actually just mean people and capitalists.

This normalises Medium for me and it normalises it to somewhere I don’t want to be because, basically, I would love to see (and help usher in) the death of world capitalism in my lifetime.

Thank capitalism for all that. Thank the outmoded fallacies of an economic system based totally on psychopathic ‘entrepreneurs’ and the profit motive.

When you build the world around that system, a system where psychopathy is rewarded, is it hugely surprising that we end up where we are?

So, no, thank you. I don’t want to read your inspirational piece on monetising infants’ tears or how best to outsource your work to a pauper in Mumbai, all your fakeass, self-aggrandising altruism.

I prefer to read about people who are actually making the world a better place.