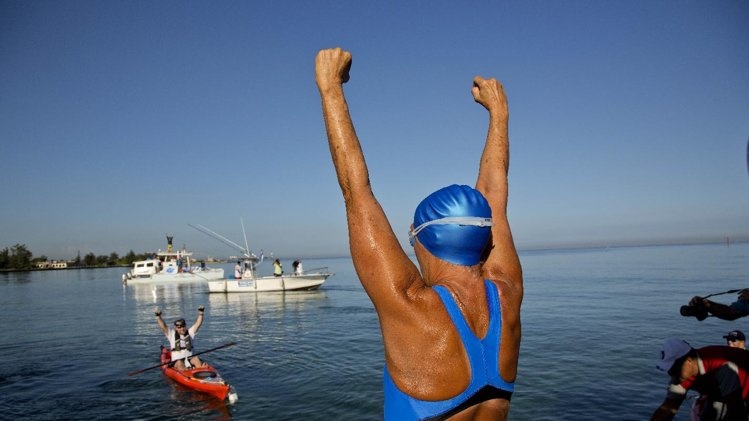 On her fifth attempt spanning 35 years and involving many agonising interactions with jellyfish, the long-distance swimmer Diana Nyad finally achieved her lifetime ambition to enter the record books as the first person to swim from Cuba to Florida without a shark cage.

via Diana Nyad becomes first to swim from Cuba to Florida without shark cage | World news | The Guardian.

Anyone else not surprised that a naiad finally made it? 😛