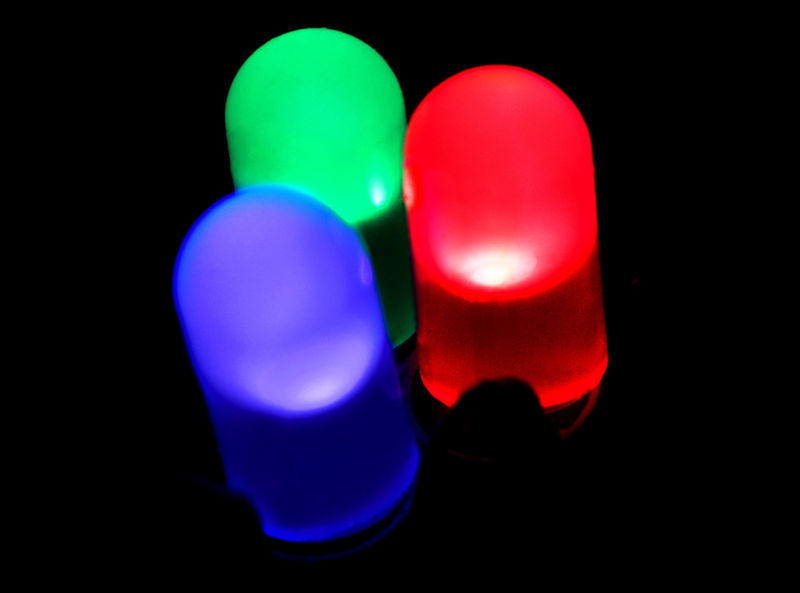 Dave – What actually is an LED?

Colin – An LED is a solid which when you pass a tiny electric current through it, it emits brilliant light and I brought along a children’s toy here and this is a pig. And with one finger, I could just press this lever on this pig and you get bright light emitted from this pig, and if I stop pressing, I’ve actually put enough energy into this that bright light continues to shine now. So, they’re extremely energy efficient.

Dave – So, far better than the conventional light bulb where you’re just heating up a piece of wire and I guess wasting a lot of energy.

Colin – Far better than conventional lighting. If I may add just a slight correction, a conventional light bulb is actually only 5% efficient, 95% comes out of heat, right? A compact fluorescent lamp, these so-called low energy light bulbs, they’re about 20% efficient. So, they’re 80% inefficient, even these so-called low energy light bulbs.
(Source: The Naked Scientists)

Conventional incandescent bulbs are around 5% efficient ~ that means they’re throwing 95% out as wasted heat. Think of that in terms of your leccy bills. The fluorescent “energy efficient” bulbs get up to around 20% efficiency. LEDs can achieve up to 70% efficiency but the bulbs are horrendously expensive as they have to be grown on synthetic sapphire wafers.

I buy LED bulbs but at more than a tenner a pop… ugh..

The new tech behind these LEDs is that they’re grown on a silicon wafer, which is piss-cheap compared to sapphire. Think £20 per wafer instead of £500.

So, from approximately the start of 2014, expect LED bulb prices to plummet and the world to get a little greener as we waste less electricity on lighting.