Last Saturday, I had the privilege of DJing at the almighty HDIF!

And, my god, it was rammed! Probably the fullest I’ve done yet, which is encouraging. So many people were asking what tune I was playing, I love that because the whole reason I DJ is to introduce new music! Made me feel all warm and kitteny inside. I did play shitloads of old stuff but managed squeeze in quite a few 2012 newbies, Holograms and Kindness went down very well!

about the girl – Tiger Evolution

Even as We Speak – Falling Down The Stairs

Crystal Stilts – Half a Moon

Cure – In Between Days

Chromeo – Call Me Up

The Orchids – Bemused Confused and Bedraggled

Echo And The Bunnymen – Rescue

The Legends – Call it ours

The Buzzcocks – Love You More

The Lemonheads – If I could talk I’d tell you 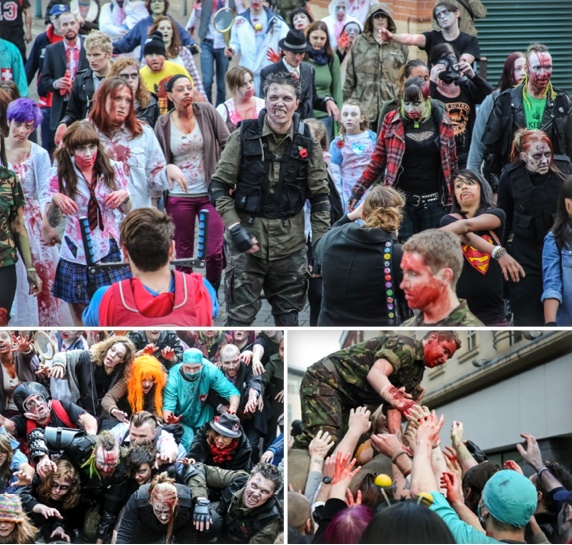 On Saturday, I took pics of the 2012 Derby Zombiewalk which consisted of a load of rotting, shuffling, lurching, gurgling people of the undead persuasion roaming through Derby, devouring hapless passers-by. It was brilliant! We assembled in the Market Place before stumbling down Sadler Gate, back through the Corn Market and then up past the ram statue before returning to the Market Place. Sadly, we didn’t get to terrify the occupants of the Westfield which is a real shame because, as everyone knows, zombies love shopping malls.

As we ambled, bones snapping, past Quad, we bumped into a wedding. Surely this is the best wedding photo ever: The vibe on the day was beautiful, the non-zombies we passed were taking pics or often joining in for a bit. OR FOREVER IF THEY HAD BEEN BITTEN. RARRGHH!

This couple won two of the best costume prizes: I mean, how fucking awesome is that makeup? Worthy of any zombie film or Walking Dead. Nat got her new 650D this week and brought it round so I could have a play with it. I’m very impressed with the functionality – auto-focus in video mode, built-in remote flash triggering, there’s a lot of power in this little beast!

Click the pic for some test shots of the proud owner! 😀 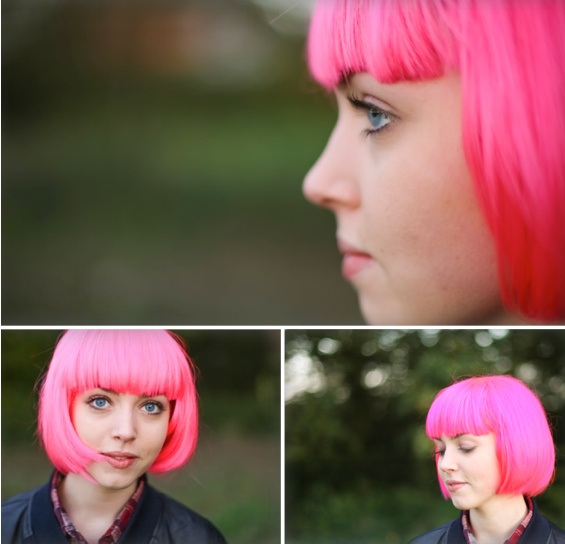