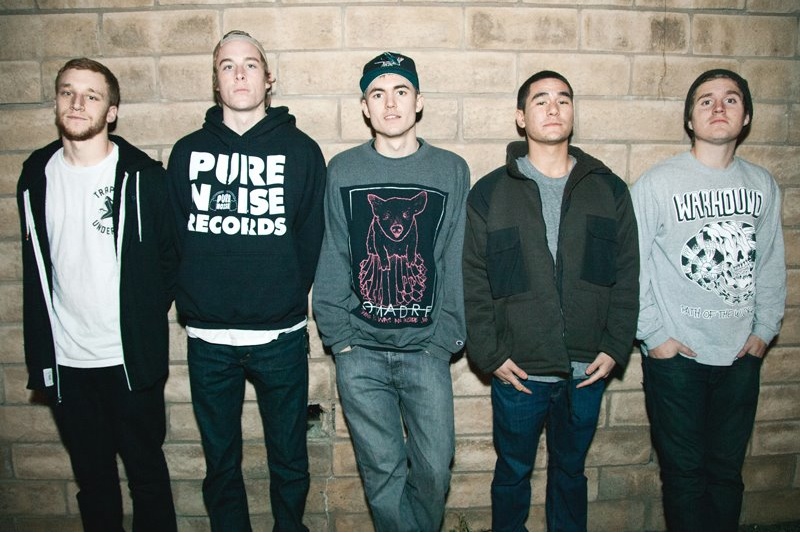 This was a slow-burner of an infection, with an incubation time of months. Sneaky TSSF!

At the start of the year, I bought The Story So Far’s album, ‘Under Soil And Dirt’ from Emusic. It came out in 2011 and I’d seen a couple of good reviews, plus mates who always have good ears were telling me I should check them out. I’d actually missed them at Slam Dunk 2011 due to the inevitable gig clashes of big festivals.

So, downloaded, listened and… cool. Tuneful pop punk, quite old-school in places. The singer had a great voice, on the edge of losing it but perfectly so. That’s as far as it went, I liked it but wasn’t obsessed.

But then… it crept up on me. I’d done a pop punk playlist in iTunes and just dropped in everything I’d recently bought: We Are The In Crowd, This Time Next Year, Man Overboard, A Loss For Words and The Story So Far. I listened to it while doing my clubbing pics in Lightroom. And, every now and then, this song came on:

It’s the end lyrics that get me, the “I’m trying hard, real hard not to lose my temper.” I found myself humming that bit when I was tidying up. Or walking round town. Or when I was getting angry at some stupid shit I’ve done, which was quite fucking often.

Slowly, the meme of the song infected me.

There was another vector at work too – Mosh. Andy Shaw’s Friday pop punk club night is where I spend most Friday nights, dancing for five hours to my fave pop punk tunes. And every time he played ‘Quicksand,’ I got a bit more addicted. It’s one thing listening to a song on your phone or iTunes, solo but when you’re dancing with your mates and a song like ‘Quicksand’ comes on and you all go fucking mental, there’s a new magic there. The collision of music, lyrics and bodies makes something bigger than the sum of the parts.

The infection became critical when I put the album on my iPhone for my emowalks. And then I started getting caught by this song:

‘Roam’ has this amazing guitar chord kick in and the most anthemic, singalong chorus I’ve heard in a good while:

“You have no idea how un-productive it is,
To fall in and out of you as often as I do,
And lately I’ve been feeling grey but today,
I’m alright, no thanks to you.”

My emowalk lasts an hour, sometimes a bit more. And by now, all I’m listening to is this album. TSSF are the perfect soundtrack, I don’t feel like I’m listening to songs so much as listening to my inner thoughts. So much of my current life is frustration, sadness and a crushing, malignant loneliness. I know I’m a fucking idiot for feeling like this but there appears to be nothing I can do about it apart from walking and weight-training till everything hurts and surfing off the resultant beta-endorphins for a while. If I wasn’t straight edge, I’d have drunk myself into oblivion by now. So, even though I’m probably the age of TSSF’s Dads, there’s something here, in these word and chords and fragmented, angry exchanges that both understands and liberates me.

When I listen to this album, I feel less alone, less weird. My passion seems less foolish, my obsession justified and my confusion shared and therefore embraced.

But I don’t want to give you the wrong idea about TSSF – although there’s a lot of anguish, there are shining, celebratory moments where singing along with a lyric can make me feel happy and bulletproof. Like the chorus of ‘Mt. Diablo’:

“And if you cut out scheduled time,
You’ll find peace of mind,
Trust me, it’s worth your weight in gold,
And if you think you’re fine,
Go ahead, follow that line,
At least none of my friends do what they’re told,
By what they’re sold.”

There isn’t a bad track on the whole album, no filler whatsoever. I’ve listened to it so many times now and, like all the best art, I keep finding new turns and twists, new ideas and experiences. The guitar countermelodies dovetail perfectly with the vocal melodies, the drumming pounds the fuck out of me, the bass rolls underneath it all hugely, I cannot fault anything. Not a thing.

I am throughly, hopelessly infected by The Story So Far. They own me, if you cut me today, I would bleed this album.

CODA: It doesn’t look like the infection is going to abate quickly as I’ve just bought tickets to see TSSF when they support NFG at Rock City on the Warped UK Tour. So, if you’re there, look out for a porky Indian bloke singing his fucking heart out. 🙂