Last weekend (or the one before, depending how you count) was Indietracks 2012!

Again, I had a fucking amazing time and saw some amazing bands like ORCA TEAM, The Vaselines, The Monochrome Set and… well, too many to remember. It remains the best British music festival for the atmosphere, the people, the sheer FUN of the whole shebang!

I also had the privilege of playing on the the train on Saturday the 7th. And, for the first time in some years, White Town wasn’t just me: I was joined by Miss Natalie Alice Barratt: If you’re a regular reader, you’ll have seen a gazillion pics of my mate Nat but you might not now that she sang backing vocals on my current album, Monopole. She sings on the chorus on this track:

And she’s starred in two other White Town vids, here and here.

I felt it was high time for a baptism of fire so I asked her to sing *the day before the gig.* And, bless her, she did! It can’t have been an easy first gig because the train carriage was rammed. I was thinking, ooh, what if there’s only three of us in there. But, in the event, it was heaving and a beautiful gig! Definitely and amazing atmosphere, the crowd were all the loveliest of lovely people which is, of course, only natural for Indietracks! You can get a sense of their friendliness in this vid, taken by Chris Gillies:

I’ve played so many great gigs this year, Athens, Thessaloniki, New York and then on this steam train, chuntering through the rainstorms of an English summer. It was a magical little moment, the audience was sooo quiet, luckily enough as it was only me, Nat and my guitar, no PA! And the crowd loved the new songs as well as the one big hit, which always charms and disarms me.

If you were in the audience on that terribly humid train, thank you for coming along and being so wonderful! 😀 Last September, I started to go a bit mental. Well, a bit more mental than usual. It was probably the delayed reaction from my divorce coming through earlier that year.

I found it increasingly difficult to spend time in the house on my own. This was avoidable during the day: I’d go into town and mooch around with my laptop, often getting more work done than if I’d stayed at home, chewing the curtains.

But if my friends were busy at night, staying in the house alone started to make me feel strange. It was like a lesser version of when my wife first left and I had to get mates to sleep over as I was panicky and felt like my head was going to explode.

One night, I was literally pacing round the ground floor of my house and then couldn’t take it anymore.

So, I left the house and just started walking.

This may not seem a big deal but to put it into context, I’m not keen on exercise. As a lifelong fat bloke, it’d be fair to say I’ve rather keenly avoided it.

But that night, I knew I couldn’t stay in, I felt like screaming. So I walked.

Eventually, around an hour later, I thought I should probably start heading home. I’d wandered all round where I live, kind of getting lost but ending up somewhere quite pretty. The lights of the city were twinkling over the valley. Then I realised that I didn’t feel so crazy. My sadness was still there but it seemed muted and less… emo. I wasn’t consumed and terrified by it, it was just there. Being a geeky type, I knew that it was probably the exercise releasing endogenous opioids that made me feel that way. But fuckit, who cares, as long as it works.

So, my emowalks were born.

Since then, I’ve done one or maybe two of these emowalks a day, schedule permitting. And, hey presto, I’ve lost over three stone in weight without radically changing my diet. In the three previous years of gym / weights six days a week, that’s not happened. So, +100 for emowalking! Often, when I go out walking now, I’m actually feeling quite chirpy and looking forward to it so calling it an ’emowalk’ is perhaps a little inaccurate.

But the last few weeks, shit has been weird and my emowalks have definitely been helping settle my mind again. I have to push myself harder, walk further to get the same effect but that’s no bad thing.

If you’re a lifelong fatty like me or just need to clear your head and feel calmer, give it a go. I’d say do no less than an hour and walk at a pace that actually makes you breathless and leaves you a bit sweaty or you’ll just be walking rather than emowalking. But, hey, tweak it how you like! And you may see strange things on your walks, like this: Have fun! Oooh, and take some pics while you’re doing it, like I do: Emowalk Gallery. 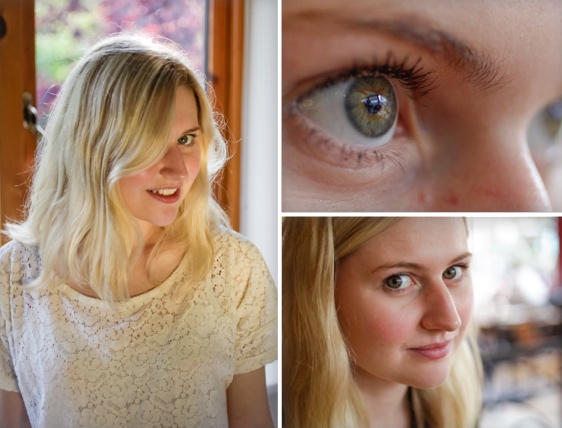 Hattie is tiny and perfectly barmy. Love her. 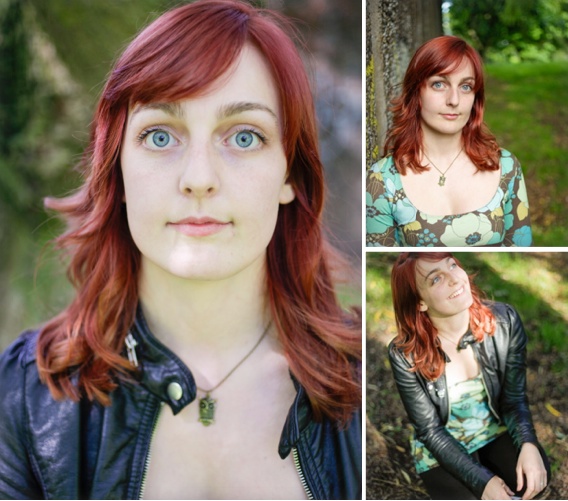 Finally got Emily to pose! Isn’t she gorgeous??

Appearing like a winged fairy-tale creature poised on a pedestal, this object is actually a billowing tower of cold gas and dust rising from a stellar nursery called the Eagle Nebula. The soaring tower is 9.5 light-years or about 90 trillion kilometres high, about twice the distance from our Sun to the next nearest star.
(Source: Hubble)

This is happy/sad. Happy because just this existing is fabulous. Sad because I was born in the wrong millennium so I’ll never get to see it with my own eyes.

And, if humanity keeps going the way we are, we’ll probably obliterate ourselves before we’ve even reached the asteroid belt, let alone 6,500 light-years away.