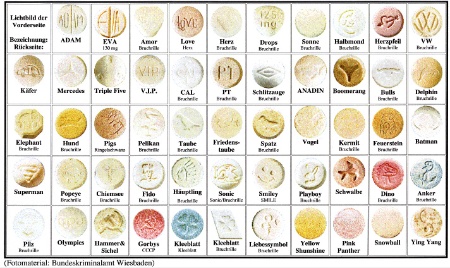 A five year study conducted with thousands of local teenagers by University of Montreal researchers reveals that those who used speed (meth/ampthetamine) or ecstasy (MDMA) at fifteen or sixteen years of age were significantly more likely to suffer elevated depressive symptoms the following year.
(Source: Science Daily)

Even if we had Larry Niven’s wirehead tech, a pure stimulation directly to the pleasure centres of the brain, no drugs involved, I’m guessing his extrapolation of how people would be addicted to that is also true. But psychoactive drugs don’t even approach that purity and simplicity of action.

They aren’t magic bullets, they’re sledgehammers to our sensoria.