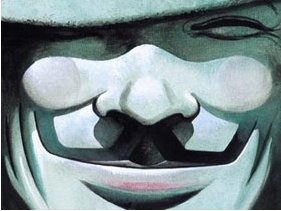 Civil liberties groups have criticised plans for the government to be able to monitor the calls, emails, texts and website visits of everyone in the UK.

Internet firms will be required to give intelligence agency GCHQ access to communications in real time under new legislation set to be announced soon.

Tory MP David Davis called it “an unnecessary extension of the ability of the state to snoop on ordinary people”.

The Home Office said the move was key to tackling crime and terrorism.

Attempts by the last Labour government to create a giant central database containing all UK web use were dropped after huge opposition, including from the Conservatives and Liberal Democrats.

Instead internet service providers have had to keep details of users’ internet access, email and internet phone calls for 12 months under an EU directive from 2009.
(Source: BBC News)

WHEN CHINA DOES IT, THEY’RE BAD, WHEN WE DO IT, IT’S GOOD!