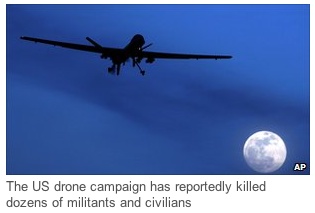 Remember, suspected = innocent. But those people are still dead.

The frequency of the attacks has increased since President Barack Obama took office in 2008. More than 100 raids were reported in the area in 2010, and more than 60 took place last year.” (Source: BBC News)