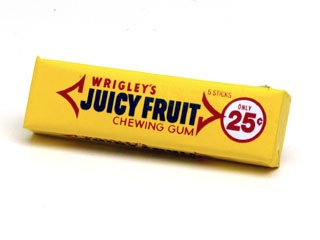 It’s probably because I’ve been more emotionally unstable than normal recently but the death of Steve Jobs has sent me spinning off into a series of reveries. I’ll attempt to order them in this post into some semblance of cohesiveness and thematic unity but it will most probably be accidental if it turns up at all.

Have you ever met a boring little kid? When you were five or six, do you remember how magical the world was? My Dad used to stop for petrol and every time he’d say, “I’m getting some chewing gum for the car.” He meant to leave in the car, in case he wanted some. But, for years, I thought cars liked eating chewing gum. That isn’t wrong (although it is), that’s poetry and perhaps even a form of magic. Our car liked Juicy Fruit because it was a Triumph Dolomite. I hear Fords prefer spearmint.

So, when we’re little, we’re full of wonder, magic, poetry, dreams. We can’t keep them in, we shout them in the faces of our friends: “AND NOW I’M IN SPACE AND IT’S BLACK AND AMAZING AND THERE’S STARS AND A ROCKET AND IT’S MY ROCKET NOT YOUR ROCKET AND YOU’RE UH ALIEN AND NOW I’M ZAPPING YOU AND YOU’RE DEAD! HAHAH! NOW I’M BIGGER THAN THE UNIVERSE AND EVERYTHING AND YOU’RE A HORSE, NO, A CAR, NO A POOOOOH! HAH! YOU’RE A POOOOOOOOOOOOOOOH!”

When was the last time you heard an adult say something like that?

The capacity for wonder seems to diminish with age. There are notable exceptions. But, generalising stupidly, the older we get, the more boring we get. The magic seeps out of the world. It’s like an ice pop once you’ve sucked all the flavour out. All you’re left with is some bland, watery cack and tiny cuts on the side of your mouth.

But some people, like Jobs, remain dreamers. They’re basically wizards: they cast spells which change reality. In his case, his magic was strong enough that he also changed my reality and the reality of millions of other people. It’s not about a product or a profit or stock prices (although it is), it’s about having an insanely great idea and wishing it into flesh.

Most of us, me included, aren’t so strong with the magic. But we can rage against the dying of the light. Why go quietly when you can make a fucking big row?

Sex is obviously one path. It’s a strong magic and a free lunch. It’s necessary for reproduction, pair-bonding and social cohesion in humans and everything beyond that is a bonus. You know those times, with that one person, when you looked into their eyes and felt like you were more alive than you have ever been before? You weren’t wrong. Those kisses and interpenetrations, the slipping and the fumbling, the wetness and the chafing, the hunger from fucking so much you forgot to eat, those are all physical spells you cast. For most adults, it is the one remaining magic. They’ve had every other magic in them killed, systematically and ruthlessly.

Adults remain subconsciously aware of this. That’s why we’ll use the de-stabilising, anarchic power of that magic to end a relationship by embarking on an affair instead of, y’know, talking about stuff? The messy, Gordian knot is split by the awesome power of cunts and cocks. As adults, unless we’re very lucky, sex becomes virtually our only access to the magical, to poetry, to feeling synaesthetically, preternaturally alive.

Last night, I read some poetry by a young friend of mine. It was wonderful. Every line means something, every line has its own truth and geometric connectedness. The emotions he’s writing are clear and powerful: he’s not afraid to look like a freak by showing them. And his courage is what makes his art shine: cowardice = safety and that nearly always ends up with tasteful, well-constructed mush. When I read a poem, I want emotion and meaning, I want layers and reveals. I don’t give a shit how clever it is or how well it’s followed whatever formal schema, I want to eat it, spiky bits and all.

All I wish for my mate is that he never becomes sensible, never grows up and always remains un-ashamed of being alive.