Last Saturday, I walked alongside at least 250,000 (and maybe as many as 500,000) other Britons to protest the cuts planned in the name of balancing the un-balanceable chequebook of capitalism. Apparently, we’re in terrible debt. O RLY?

Here’s the lie. We are in a debt crisis. Our national debt is dangerously and historically high. We are being threatened by the international bond markets. The way out is to eradicate our deficit rapidly. Only that will restore “confidence”, and therefore economic growth. Every step of this program is false, and endangers you.

I could tell from the start that the demo was massive. At points, we were shuffling along, there were so many of us. This reminded me of the Feb 15th 2003 antiwar protest, the largest protest in British political history. So far. The spirit was friendly, positive and peaceful. Look at the pic above – do those protestors look ready to barbecue babies? Because that’s how the protest was reported: the media fabricated stories of widespread violence when, in fact, most of the actions of UK Uncut were peaceful occupations, like that of Fortnum and Masons. :

This was not the first time that the police have gone too far in their actions at UK Uncut protests. In January we witnessed an officer use CS spray to unjustifiably devastate a group of protesters outside of tax-dodgers Boots.

On Saturday, their choice to make so many arrests of peaceful protesters, and to subsequently bundle us up with others who were arrested for ‘violence’, are clear examples of political policing: before we left the senior policewoman inside the store said our actions were “nonviolent” and “sensible”. The excellent Green and Black Cross legal team got this all on film. We were shocked to be arrested following these comments, following statements that we had been kept inside the store for our own safety, following assurances that we would not be detained upon leaving the store.
(Source: UK Uncut) We marched, we sang, we tried to get passers-by and even coppers to join us. Don’t believe what you saw on the telly, it’s utter, utter bullshit. To focus on the actions of maybe 100 people in a march of 500,000 shows you how the media want to portray anti-government sentiment.

After a knackering day, I got home and relaxed by going on Facebook. Woah – wave after wave of status updates from people complaining about violent protestors ruining the day / country. What the fuck?

That’s is what I posted when I got too fed up:

“1. Why post a status update about a tiny minority action when 250,000 (-450,000, depending who you believe) of us marched peacefully? You didn’t congratulate us, the huge majority at any point, you condemned the minority. Classic Daily Mail-ism. I question your focus.

2. Why post a status update about how criminal and horrible 100 anarchists breaking some windows are when the huge crime of what this government is doing, destroying this country’s infrastructure, you say *nothing* about? Property can be fixed, a generation of ruined lives cannot. I question your priorities.

3. You’re implying “genuine protesters” can only be non-violent. Are you aware of how women won the vote in this country? Or how we got rid of the Poll Tax and then Thatcher? Or how the ANC defeated apartheid? Are the Libyan rebels fighting Gaddafi not “genuine protesters” because they’ve got guns? I hear they’ve broken quite a few windows.

In short, you’re regurgitating the perspectives of Sky News, the Daily Mail, the Tory Party and the ruling class. Nothing wrong with that, free country etc., but it doesn’t mean I’m going to let it pass un-challenged.”

Last Saturday was a tremendous day for British democracy. We protested like hundreds of thousands of others are doing in Libya, Egypt, Yemen, Syria, New York and Madison.

And we will march again! 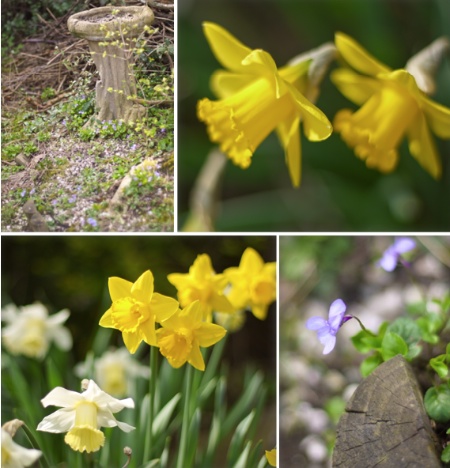 The seasons roll round and the daffodils are up to say hello again. They’re bittersweet for me since the girl who planted them isn’t here to see them any more. This is the third time she’s missed them.

I wish she could see how lovely her garden looks. 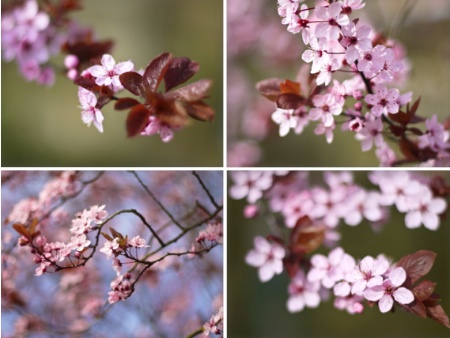 Every year, I take pics of the cherry blossom in my garden. I never get bored of the teeny, tiny flowers and the way they seem to be turning their faces up to the sun, squinting and grinning. 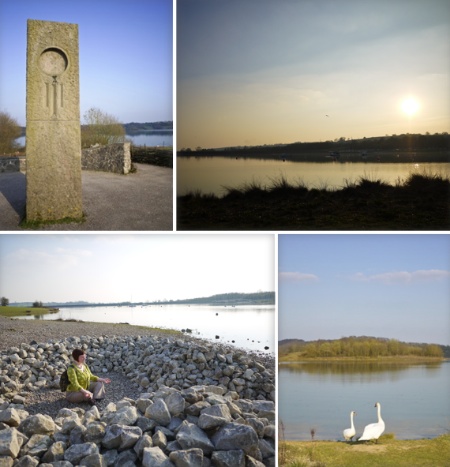 Last week, Rose and I went round Carsington. I’ve been there loads but it never fails to give me a sense of peace and perspective. I love the way it changes and stays the same. Also, the swans and geese were particularly solicitous.