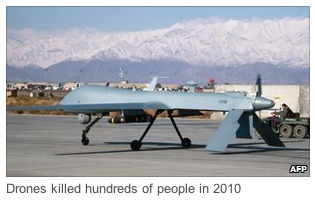 Four people have been killed in a US drone strike in north-west Pakistan, say local officials.

The plane reportedly fired missiles at a vehicle near the town of Miranshah in North Waziristan, an Afghan border haven for al-Qaeda and the Taliban.

US drone attacks in Pakistan’s tribal region have escalated since US President Barack Obama took office.

There were more than 100 such raids in the tribal region last year.

The US does not routinely confirm that it has launched drone operations, but analysts say only American forces have deployed such aircraft in the region.
(Source: BBC News)

The US launched terror attacks by drone on the 31st Dec, the 1st Jan and now this latest mass-murder.

Looks like they plan to keep murdering innocent Pakistanis in 2011 while mewling about how evil Iran / North Korea / China are.

USA – number one for hypocrisy!

I can’t keep up with the rate the USA are murdering innocents in Pakistan. That’s why this post has rounded up three separate attacks. Apart from the time it takes, it really wears me down – the fact that these hundreds of terrorist attacks are never mentioned on the TV or radio, that the mass-media ignores them.

So most people don’t know they’re going on.

They just don’t exist, like the lives of the people they take. 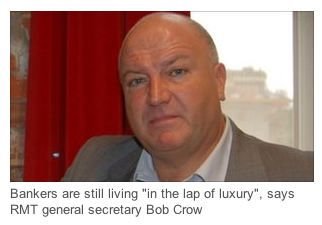