This year, I was stupid busy finishing off my new album so I didn’t have time to DJ for the last half of the year. But still, fuckloads of amazing new music came my way, both from new artists and old faves. As ever, although there is an order to this list, just to get on here is doing well as I had to narrow it down to forty albums out of around ninety!

These were my fave albums of 2011, click the bandname for more info!

More floaty than their previous album, glacial with an edge of electronic menace.

The opposite end of electronica, defiantly ’80s, phat and throbbing. In the best possible way, Miami Vice incidental music.

I don’t understand why this lot don’t get more hype – they’ve got lovely little pop songs, clad in the finest of bloopery and rattley reverb.

Such a fucking great pop band! And to be this shouty and loose but still catchy is a lovely surprise!

Marc Bianchi has this knack of being intimate and universal at the same time. Check this out if you’ve ever liked any indie pop/rock ever. Hints of Jon Brion too!

Fuck, I love this album! But how do I sell it to you? It’s beaty, electronic pop that’s a bit askew, like an off-centre wheel. There ya go!

This is a disco album, a funk album, an electronic album a dance album. Cut Copy keep on flowing, effortless pop.

AHK are mistresses and masters of twee, summery, golden indiepop. And if you like that, you’ll love this.

I’ve loved Reks for goddamn years and here he ropes in Premier and other luminaries to frame his awesome delivery with majestically awesome beats. Fuck.

29. Crystal Stilts – In Love With Oblivion

Although I’d heard them, I didn’t really “get” CS till I saw them play a storming gig at Indietracks 2011. Now I’m in love with their dour channelling of Echo & The Bunnymen doing Felt covers.

More off-kilter pop. Some of it a bit scary, to be honest. But mmmm…

This is minimal, intimate electronic music. It whispers in your ear as it strokes the back of your knee. Oh, Robag!

26. Set Your Goals – Burning At Both Ends

SYG rock! Awesome live, too. Standout track, ‘Product Of The ’80s.’ Which I don’t really understand unless they’re all old fuckers like me?

25. Moustache of Insanity – Album Of Death

If you can listen to ‘Talk-Along’ without getting a bit sniffly, your heart is made of dogpoo. Beautiful, heartfelt songs!

This is all that’s good about hip hop in 2011: rubbery, flubbery beats that make your head nod coupled with lyrics that echo around your head for weeks.

22. The Pains of Being Pure at Heart – Belong

Why haven’t Pains broken through to Radio One? Plenty of people that rip them off shamelessly seem to have done just that this year. But those biters haven’t got their class or, most importantly, knack with a killer chorus.

Seven albums in and TLT sound like a band who find making lyrical, swoonsome pop music easy. The bastards.

Laid back, country-tinged folkpop. Like being wrapped in a warm towel by your lover prior to a ravishing.

18. The Wonder Years – Suburbia I’ve Given You All And Now I’m Nothing

I love pop punk. Sometimes, people take the piss out of me for this. But as if I care ~ it means I’ve known perfect little worlds like the ones shared with me on this album.

Beautiful hip hop, can’t fault it. The beats, the rhymes, the life described in precise, sharp detail. Reminds me a bit of Native Tongues which is always good.

I can’t pigeonhole M83 easily. Yeah, the electro foundations are there but there’s so much else going on. Anguish, celebration, snippets of atmosphere between the songs proper. All of it great.

DCFC (heh) seem to be exploring more Krautrocky directions lately, whether it’s on ‘I Will Possess Your Heart’ from the last album or ‘Doors Unlocked And Open’ from this one. Whatever, they twist it into their own shape. When the chorus kicks in, that’s pure sunny delight!

Absconding from Dilated Peoples for a minute, Evidence uses his holiday to… well, make yet more fucking great hip hop. THANKS, EV!

CG are perfectly, raggedly raw on this album. ‘Yoona Baines’ just clangs and shreds along, all twisted tendons and bleeding lips. Shows the scope within the pop known as indie.

Fuck, I hate how BT can just launch into a song and within thirty seconds I’m singing along like I’ve been a country rock fan all my life. This album is irresistible pop.

I love AOQ but this album stunned me. The Kraftwerkian vocoders floating over the intertwining melodies before being battered by distortion, the pounding beach drums, all of it makes me want to jump around till I hit my head. As I said, stunning.

I fell in love with Digitalism the day I heard ‘Zdarlight’ and they don’t break my heart here. I fucking love them even more just for bringing a track as stupidly, four-on-the-floor addictive as ‘Blitz’ into my life. I lost myself in this album.

Alumni of Sage Francis’ label, Metermaids rock it hard and heavy. But their hip hop is as thoughtful as it is uncompromising. Immense lyrics.

Sublime, sunny synthpop, overflowing with catchy riffs and ‘eh?’ lyrics (the best kind). Do yourself a favour and check out ‘Wait And See’ at the very least.

Brilliant, wonky guitar pop. Whenever I DJed ‘This Night’ earlier in the year, I’d always get peeps asking who it was. That’s great pop for you!

Now, I must declare bias here: I loved this album so much that I got in touch with the band. And I’m meant to be remixing a track of it. But, in my defence, I have done fuck-all as I’ve been too busy making my own music. But if you’ve ever loved The Beatles, The Monkees, The Lemonheads, Teenage Fanclub or any other amazing guitar (power) pop, buy this album!

Another year, another Deerhoof album in my top albums list. STOP BEING SO FUCKING AMAZING, DEERHOOF! If you don’t like this album, you’re insane.

My favourite indie / rock / guitar album of 2011. I have sung along to this sooo many times in the car. Take ‘Annihilation Eyes’ ~ I’ve played this to everyone and every time, they sit up, perk up and want to know who it is. And then they’re singing along by the end of the song. Davey von Bohlen, you are a pop genius and I love you.

Pure UK hip hop that makes me sooo fucking proud to be British. The skills on display here are formidable, the imagery is visceral without being literal. If you have ever liked any hip hop ever, you better fucking buy this album.

Dude’s got to be my favourite current hip hop artist. His choice of samples, his flow, his themes, his humour, his heart, his sincerity. He makes every other rapper look paper-thin and silly. This is what should be on every radio and TV station, not the pimped, preening pretenders who aren’t even fit to suck Eso’s little toe. If you don’t buy this album, your life will be immeasurably more impoverished.

I have listened to this album more than any other this year. I have driven mates barmy by hitting repeat in my car. I have watched all Yelle’s vids and of course, I’m in love with Julie and would like her to have my fat, brown babies.

This is a perfect electropop album. Nothing is wasted, everything works together. Every note hammers home Yelle’s agenda of (primarily) sexy dance fun. The synths weave around Julie Budet’s incredible voice like lovers’ arms, tickling and teasing. The beats are undeniable, every fibre of your body starts pumping in resonance.

I’ve sung along so many times to ‘Comme Un Enfant’ in my terrible French, it’s ridiculous! How can you not love these lyrics:

Here, sing along for yourself:

Yelle have made the best pop album of 2011 and they have made me sad with their mastery of electropop. It means I have to try much fucking harder! 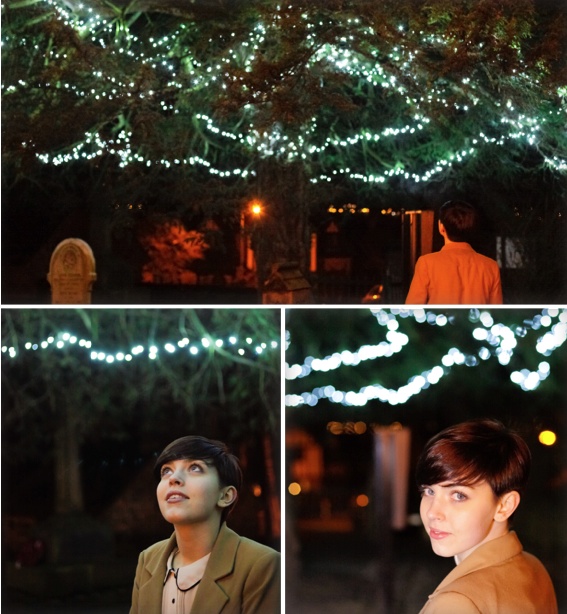 More pics from the shoot we did a week last Sunday. And, yep, still more to come!

HO HO HO! Hope everyone has a Festive Whatever and a great 2012! Here’a a little pressie from me, a free download of an acoustic version of ‘Cut Out My Heart.’ If you like it, please share it! Love and Crimbo kisses from Jyoti!

And here’s another one! 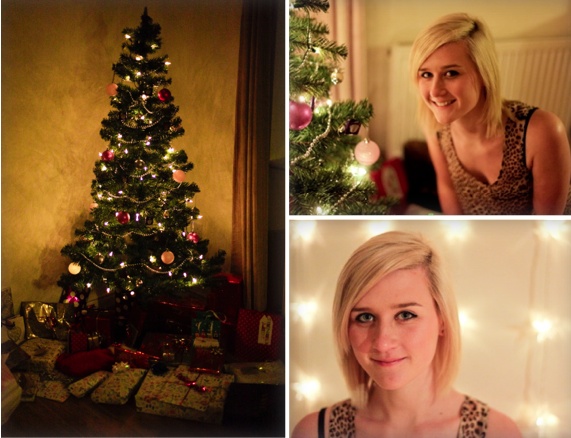 I love my mate Emma and I don’t get to see her nearly enough! So, it was lovely to hang out with her today, experience the weirdness that is the Westfield on Crimbo Eve and then pop round hers to see all her decorations. Had to get some snaps, obviously. Click for more! 🙂 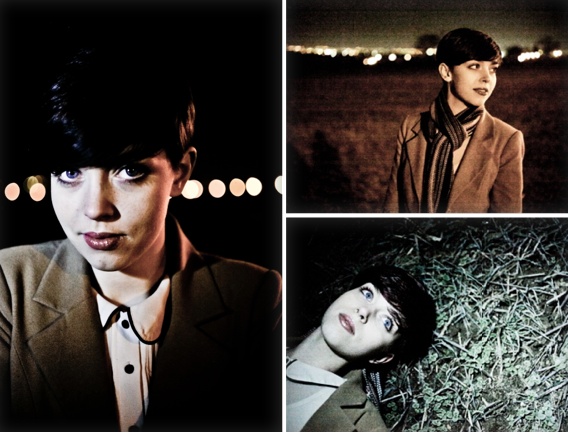 More pics from the epic Sunday night shoot. It was really fucking freezing so, like these shots, poor Nat did suffer for our art. 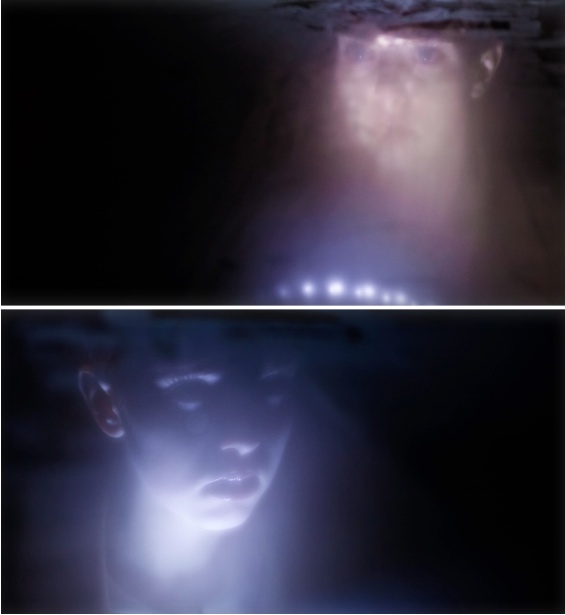 On Sunday, Nat popped over and we got loads of pics done. The set before, Icy Lights and this one and probably another two sets are all from that one night. We made the most of the freezing weather and when I saw what she looked like in her iced-up car, it reminded me of the end of A.I. 🙂 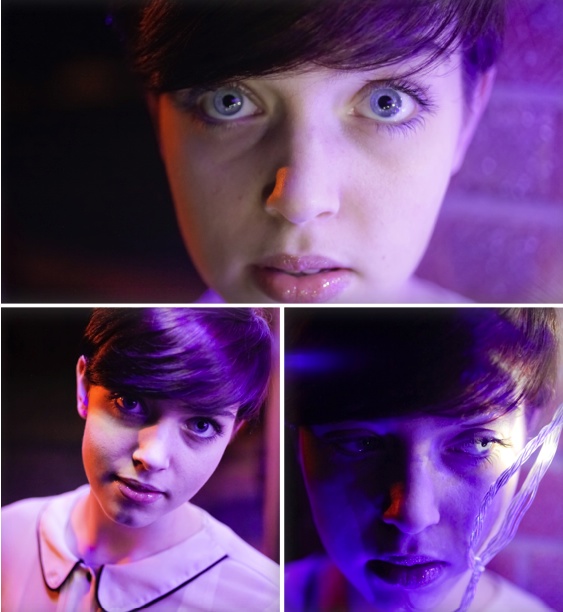 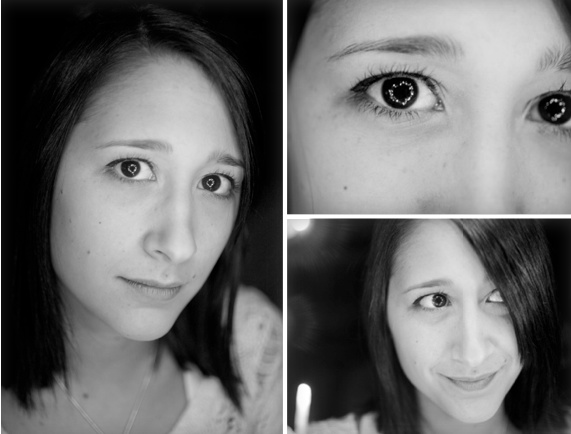 I miss my friend Sarah! I keep trying to get here to move back to Derby. When I saw her all too briefly on Saturday, I got these shots. Click the pic for more! 🙂