On Saturday, I went to see Switzerland’s last gig, upstairs at Big Blue Cafe in Derby. It was fucking rammed and you practically had to have sex with people just to get in and out of the room. I got there just in time for the last few songs of Call Me Ishmael‘s set and I was impressed with what I heard. Passionate, melodic and very twiddly, it’s the first time I’ve seen them but definitely not the last. Ones to watch in every way. Next on were Tiger Tiger Panther Fox! who I already love from seeing them at The Royal recently. If anything, they played even better. Front bloke Stuart has such intensity, such ferocity. He’s more punk than most punk or hardcore singers I’ve seen in that he actually feels it, he’s not just putting an act on. Add to that that the rest of the band have absolutely zero slack, are punching the audience in the face with riffs and you have the reason why I was grinning through the whole gig. Bronze Medals are another band I’ve not seen before and I was also blown away by them. It’s the classic thing of a three-piece who sound like a four-piece in that lead singer/twiddly guitar guy is astonishingly, effortlessly good. And I love the fact that when his crazy hand is racing up and down the guitar, he’s having fun. It’s not a chore or wankery for the sake of it, he’s in the song. Plus, he’s got a great singing voice, the little bleeder! Love ’em. Last on, of course, were Switzerland who were beset by not-minor tech hitches at the start of the set. Like some bugger pulling out the plug for the PA! Argh! But once the vocals were up, they got the now life-threateningly-full room rocking. It’s a shame it was their last gig as, looking round, I could see genuine love on the faces of the kids there to watch their swan song. I’m also gutted I couldn’t stay for the whole gig due to other weird shit going down – I won’t get to see them again! But who knows, I doubt people this talented will just chuck music for ever, eh? Soo, RIP Switzerland but let’s see what’s next.

What a fun night! Three quid for four magnificent bands. I love Derby! 🙂 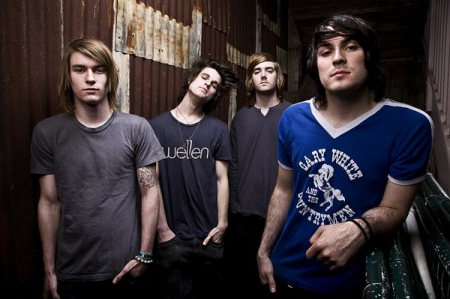 The best new tune tonight is one that I’ve had in the car on repeat for the last couple of weeks. In ‘Drugstore Diet’, Anarbor have given me my poppunk anthem for this summer. It ticks all the boxes for me: it’s hugely catchy and singalong, the lyrics are lovely and thoughtful and it makes me want to dance. God, if this came on when I was out, I think I’d go mental! Their debut album is released on the 20th April and I reckon if you’ve ever sung along to any Fallout Boy, CIWWAF, Saves The Day, Promise Ring or TBS, you’ll most probably sing along to this album too. POP! 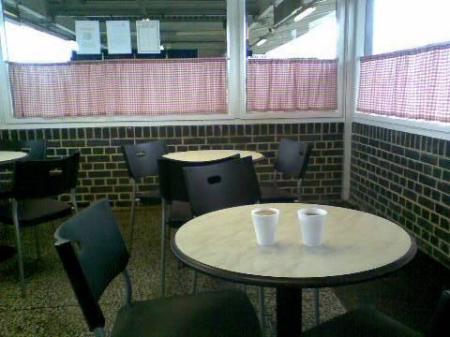 Tonight’s best old track was a different TBS; Trembling Blue Stars‘ ‘Abba On The Jukebox.’ I was lucky enough to meet some Bobby and Beth TBS recently at London Popfest and wanted to hug them both for hours. Fortunately for them, I resisted. The mood I felt in at the end of Bzangy was hopeful yet melancholic, nostalgic without being maudlin. This song fits that mood perfectly. Can I suggest that you make a little room in your life for TBS’ wonder?

This is what youse guys hoird: