Click the pic to see some more shots of my mate Kell! 🙂 First on were NASDAQ who I should, by all rights have hated: instrumental, lengthy, twiddly. All the things that usually make me want to set fire to things rather than listen. But NASDAQ, like Pelican and Russian Circles, seem to weave symphonies out of the air, drawing the listener in over the course of their narratives. They played with a graceful nonchalance that was wonderful to see, totally lost in the music.

Really, try to catch this band live. You will be converted. Next up were Wooderson who were the perfect complement to NASDAQ’s intricate solemnity: they leapt and shouted and span and laughed and basically had shitloads of fun. And they invited the audience along! Seeing a band of this calibre in a tiny room over a cafe is an intense, somewhat surreal experience.

I loved their grins and their stupid, chunky riffs. Last on were Crash Of Rhinos who, of course, stormed their home town gig. It’s the first time I’ve seen COR and I was sold about thirty seconds into the first song. Having two basses works beautifully, heavy without being sludgy (or Ned’s Atomic Dustbin).

Like all the best bands, COR make the hard stuff they do seem effortless and the simple stuff they do sing with complex resonances. That’s a difficult tightrope to walk, lean too far and we fall into Prog Hell where everything is about technique, the other way and you’re into fake shambling twee. But while COR “really can play, man” it’s all about the emotion for them.

They put everything into the gig and I’m sure they all weighed around two pounds less by the end of it. 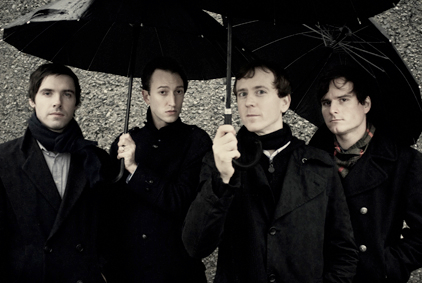 Best new choon tonight was ‘Microviolence’ by Aloha. Very sweet, very flowing lyrical altrock/indie/pick your genre. Check it out if you like things that are guitarry and singy! 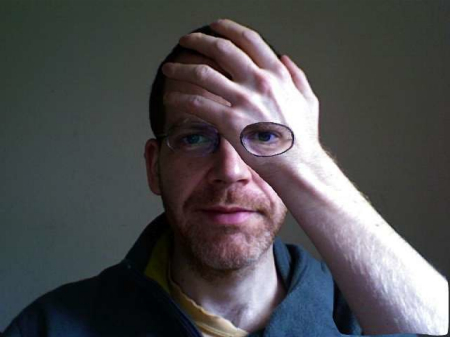 The best old track was Cylob’s ‘Flicklife.’ This haunting tinkle of electronicness always manages to make me feel wistful in the same way bits of Satie do. Mmm… Click the pic to see a few test shots done on the Hipstamatic app on my iPhone. 🙂 Click the pic to see some pics of London I took while I was down for the Chilcot Inquiry Protest last Friday!