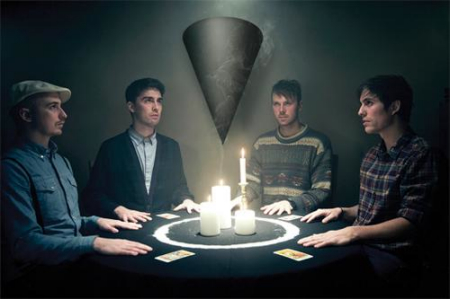 Tonight’s best new tune was by the luvverly Ginger Ninja and it was ‘Crying Shame.’ Check out their debut album, ‘Wicked Map.’ If you like Friendly Fires or Errors or any other dancey, indieishpop, I think you’ll like these gorgeous Danes. 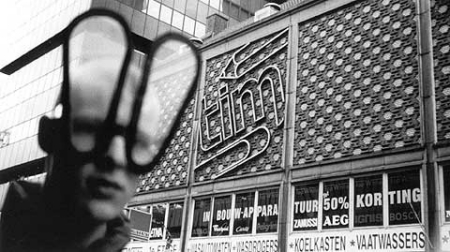 The best old track was ‘Ride The Red Rhythm’ by Like A Tim. I’m a biiig LAT fan, I don’t think he’s ever made an uninteresting piece of music. He’s wobbly fun! From where I sit, I always see this gnarled, pointing tree, accusing the sky that one night must have blasted it into its current wizened form.

When it’s foggy, a bird favours it. I wonder if they’re linked, scorched branch and fog-loving bird? 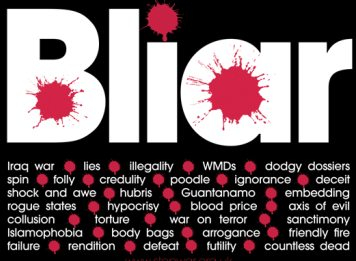 On Friday 29 January, Tony Blair will try to explain to the Iraq Inquiry the lies he used to take Britain into an illegal war.

Writers, musicians, relatives of the dead, Iraqi refugees, poets, human rights lawyers, comedians, actors, MPs and ordinary citizens will join a day of protest, politics and performance outside the Inquiry to demand that this should be Tony Blair’s judgement day.

There will be naming the dead ceremonies for the hundreds of thousand’s slaughtered in Blair’s war. Military families who lost loved ones in Iraq will read the names of the 179 British soldiers killed.
There must be no whitewash by the Iraq Inquiry. Join us from 8.00am onwards.
(Source: Stop The War)

Butcher Blair, still smiling and still dripping with the blood of 1.2 million Iraqi dead will, of course, get away with it yet again. After all, this is just another whitewash. This is a court of friends appointed by the people under suspicion. Monbiot sums it up neatly:

But there’s a problem with official inquiries in the United Kingdom: the government appoints their members and sets their terms of reference.

It’s the equivalent of a criminal suspect being allowed to choose what the charges should be, who should judge his case and who should sit on the jury.

There simply is not the political pressure to explore the question of legality – they have not asked because they don’t want the answer.”
(Source: Monbiot.com)

No matter. We will make our voices heard. We will give our voices to remember all those who died, soldiers and civilians in the US and UK’s crusade for oil.

Be loud, be annoying, be extreme but most of all, be there. Because silence = death.

Don’t let them get away with mass murder. 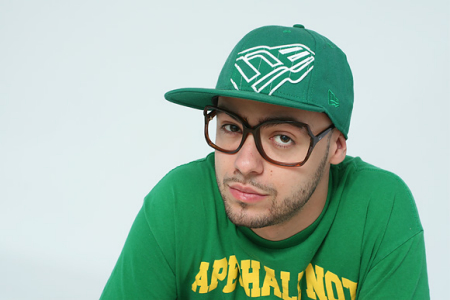 The best new track was Ghettosock’s ‘Role Models,’ which you can listen to for free by clicking here. It’s a catchy track, perversely so in that the lyrics veer into intense territory. Great hip hop! (And he’s also giving you a free track if you go here!) 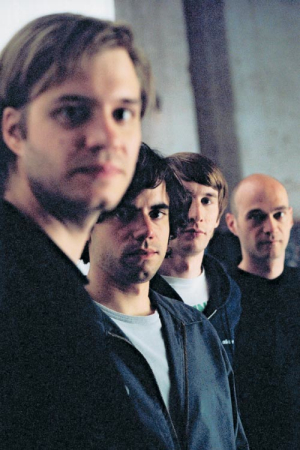 The best old track was ‘Nichts Geht Verloren’ by Kante, who made my fave album of the year four years ago. Still love this track, still epic, cinematic rock. 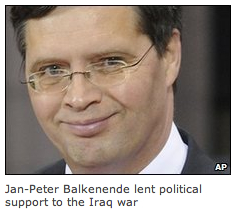 An inquiry into the Netherlands’ support for the invasion of Iraq says it was not justified by UN resolutions.

The Dutch Committee of Inquiry on Iraq said UN Security Council resolutions did not “constitute a mandate for… intervention in 2003”.

The inquiry was launched after foreign ministry memos were leaked that cast doubt on the legal basis for the war.

Iraq’s alleged breach of Resolution 1441, which gave Iraq “a final opportunity to comply with its disarmament obligations”, was used by the coalition, and the Netherlands, to justify its invasion.

However, a memo from the time by Dutch foreign ministry lawyers, subsequently leaked, suggested the war was in fact illegal under international law.
(Source: BBC News)

Let’s hope this is just the start of a process which will eventually lead to Tony Blair and George Bush being tried for their war crimes.

1.2 million Iraqi dead and still no justice. Oh, sorry, I forgot – they made Blair a Peace Envoy! The beauty of solid dihydrogen monoxide. 🙂
Click the pic for more riches. 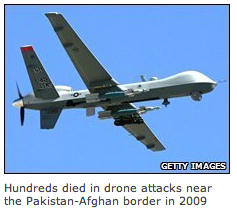 Missiles fired from a US drone aircraft have killed at least three people in north-west Pakistan, reports say.

Another security official, quoted by Reuters, said the bodies were “burned beyond recognition”.

On Thursday, at least three militants were reported to have been killed in another US drone attack in the same area.

The US has carried out scores of attacks by unmanned drones since 2008, killing hundreds of people, many of them civilians.
(Source: BBC News)

What a great way to start 2010, horrific missile attacks on innocent Pakistanis. And if you’re reading that last sentence and thinking, ‘they were probably militants or something,’ let me ask you this: how would you feel if Iran had killed over 300 British people in 2009 and justified it by saying they thought they might be anti-Iran?

The Pakistani government has requested that the US cease these attacks. The US ignored them. The world media sees these murders as non-events, not worthy of reporting in the TV news. Therefore, for most people, they simply aren’t happening. Ask them about deaths in Pakistan and they’ll point their fingers at Al Quaeda or the Taliban. Mere amateurs compared to the USA’s slaughter of over 1.2 million Iraqis. But there you go – the USA has obviously won the propaganda war.