How to deface this sign? A random swear word? A Fauvist splash of ferocious, masking primary? The venerable jizzing cock?

No. The defacer was clever. S/he made a mathematical addition (heh). The simple, almost minimalist placing of that Indian invention, the numeral 0.

We are both surprised and confounded. The defacer has made 0 = 45! S/he is like a baby Godel, throwing our bourgeois maths in our faces with a sneer and a burp of Red Stripe.

Dare we drive round the hairpin curves of Springwood Leisure Centre car park at fifty miles-per-hour? We can. We should. We ought to, since the sign clearly says that we are allowed. Ours is not to question the legitimacy of the sign, we revere authority, it is our blankie and best friend.

And we remain, as ever, incomplete and desolate in the face of the crumbling of truth. Here’s another Summer Singalong, a playlist that’s just the right length to burn onto a CDR and then bung into your car. Hopefully, it’ll make you yell along, windows open, like I do.

A Place to Bury Strangers – It Is Nothing
Taking Back Sunday – Sink Into Me
Even as We Speak – Falling Down The Stairs
Burning Hearts – Iris
Cats on Fire – The Borders Of This Land
Exlovers – You Forget So Easily
The Decemberists – The Rake’s Song
Tim Hardin – Don’t Make Promises
The Lonely Forest – Borders And Towns
Manchester Orchestra – Tony The Tiger
Wheat – H.O.T.T.
The Answering Machine – Obviously Cold
Palpitation – I’m Happy Now
Canadian Invasion – Standing On The Shoulders Of The Carcass Of John Mayer
The Paper Merchants – The Kids At The Club
Felt – I Will Die With My Head In Flames
Fruit Bats – The Ruminant Band
Surrogate – A Constitution
Beachbuggy – Kickin’ Back
The Primitives – Stop Killing Me
Marching Band – For Your Love
The Lucksmiths – Self-Preservation
The Format – Oceans 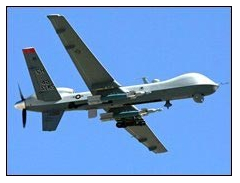 At least nine people are reported to have been killed in north-west Pakistan in a suspected US missile strike.

One or two missiles targeted a compound in the village of Dande Darpa Khel in the tribal region of North Waziristan, Pakistani officials said.
(Source: BBC News)

Another day, another terror attack by US drones on innocent Pakistanis. The same as I reported here, here and here.

Apparently, when the USA launches missiles against women and children, that’s a good act, a great act, an act of peace and love and altruism. That’s why Gordon Brown approves this just slaughter.

Far better to cower in your house before welcoming the warm embrace and fiery flowers of the American Empire.

By my estimate, this now makes around 400 killed by USA missile strikes. But who’s counting, eh?

Certainly not the Americans.