I made a little video last night during Earth Hour. I was going to do it in candlelight but I thought these fellers might be more fun! The music is a new instrumental that’ll be on my next album. Hope you like it! 🙂 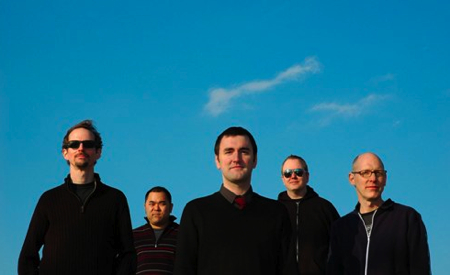 The best new track at this week’s Bzangy was the superb ‘Standing On The Shoulders Of The Carcass Of John Mayer’ by Canadian Invasion. Who, of course, aren’t a Canadian band at all, they appear to be from Philadelphia. On their MySpace, they say they sound like Wilco, Spoon, The National and a host of other melodic indie rockers. That’s all true but the glaring omission is the band they sound most like: Teenage Fanclub. If you like all those bands, you should definitely check out their album, ‘Three Cheers For The Invisible Hand.’ It’s going to be one of my top indiepop albums of this year. It’s overflowing with catchy songs.

‘John Mayer’ is a fantastically hooky song – and you can download it for free by clicking here! Thanks, Canadian Invasion! 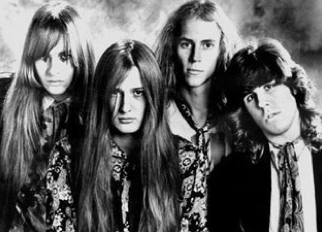 The best old track was ‘Jimmy’s Fantasy’ by Redd Kross. Damn, I haven’t played this track for years. It used to be a Blue Note staple, way back when. And it still rocks now. Great song! Extra cred points if you know how they’re linked to another band in the playlist below 😉 I’m very chuffed that I wrote the cover feature for this month’s issue of Sound On Sound, the best recording magazine in the world.

My article is about how I went from being scared of modular synthesizers to finally buying my own. You can check out an excerpt by clicking here.

My modular is the most fun bit of kit that I own. I wish I’d bought one years ago! Click the pic above to see some more mucking about with a torch and my Virus Polar! A little gallery of some flowers that have come out to say hello. Clicky! 🙂 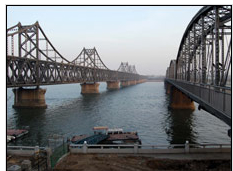 After the Mascot Fight gig, I was drawn inexorably, like a tubby moth, to the bright lights of the new bridge next to the Silk Mill. Click the pic above to see more shininess.