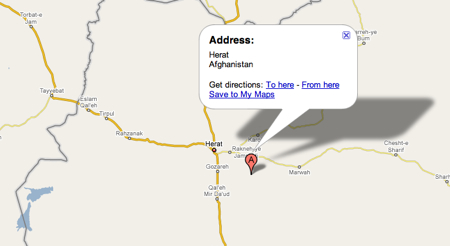 Afghanistan’s president has criticised US forces for “unilateral operations” in the west which, the government says, killed at least 70 civilians.

Tribal elders said a bomb had been dropped on a large group of mourners at a wake in Herat on Friday.

The Afghan Independent Human Rights Commission said initial findings were that 78 civilians had been killed in the US raid, including women and children, but this could not be fully verified and a delegation was investigating.
(Source: BBC News)

So, 70+ civilians killed by the USA in their continuing War On Terror. Which seems to involve a lot of bombing of innocent people. Apparently, the USA agrees with Al Qaeda on how to wage war: don’t fight armies, bomb innocent people from a safe distance.

Which leads me to the question: is there any such thing as a good state? Is there any state or government you can think of that hasn’t ruled with force, dehumanised its enemies and committed atrocities in the name of its people?

Meanwhile, the American Empire props up its puppets against Russia, at the same time as circling The Bear with a tightening noose of military bases. Russia and America trade tit-for-tat barbs in the world media while a foreign army occupies Afghanistan, slaughtering its innocents in the name of freedom. It’s beginning to feel like the ’80s again.

And not in a good way… 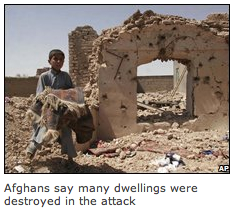 Looks like the good ole US of A managed to bag 89 civilians in their latest bombing attack:

Afghan tribal elders say a bomb was actually dropped on a large group of mourners at a funeral wake. Most of those dead were reported to be children.
“We went to the area and found out that the bombardment was very heavy. Lots of houses have been destroyed and more than 90 non-combatants including women, children and elders have died,” said Afghanistan’s religious affairs minister, Nematullah Shahrani, appointed by President Karzai to lead an inquiry into the incident.
(Source: BBC News)

So, most of the dangerous militants that the USA murdered in this attack were children.