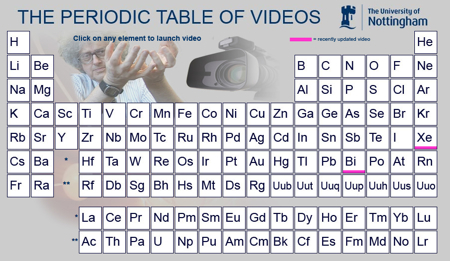 I’ve just spent the last hour and a bit at The Periodic Table Of Videos.

It’s a Notts University site that has little videos about every element in the periodic table. If, like me, you’ve ever been a chemistry geek, this site will make your little heart leap with joy! 🙂

Of course, the first ones I clicked to look at where the fun ones like potassium and hydrogen. After all, the root of chemistry is the desire to blow stuff up! Or set it on fire…

Most of the time, you’ll see actual samples of the elements. Some of the more exotic ones that you can only get by smooshing other ones together down miles of linear accelerator, well, they’re harder to come by. 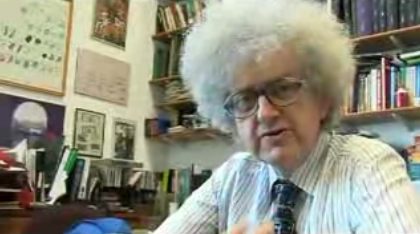 But at least you get a nice talk about them from the fantastic Martyn Poliakoff, whose urbane, clear delivery is only excelled by his radical ‘fro. 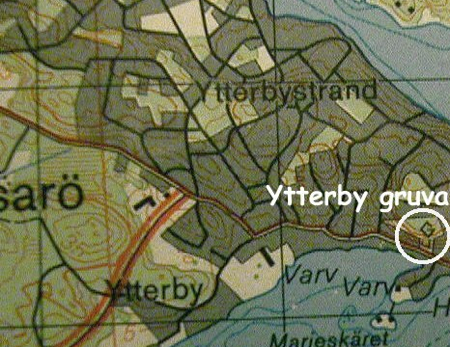 Being a pedant, there’s an obvious mistake I’ve noticed so far: the Swedish village of Ytterby has given its name directly to four elements, not three as two different chemists say in the vids. Yttrium, ytterbium, terbium and erbium. And another three were discovered there too – seven elements from the one town! Hooray for Ytterby!

But that’s a minor point. Really, how can anyone not love these vids? They’re pure magic. Or should I say alchemy… 🙂

This is the kind of thing that makes me glad the internet exists. As a kid, I used to pore over our set of Encyclopaedia Brittanicas, trying to learn the symbols and meanings by rote. I memorised the density of osmium at room temp (22.61 g per cc), marvelled at the fun of the alkali metals and puzzled over how to pronounce the more tongue-twisty … … er, lanthanoids. 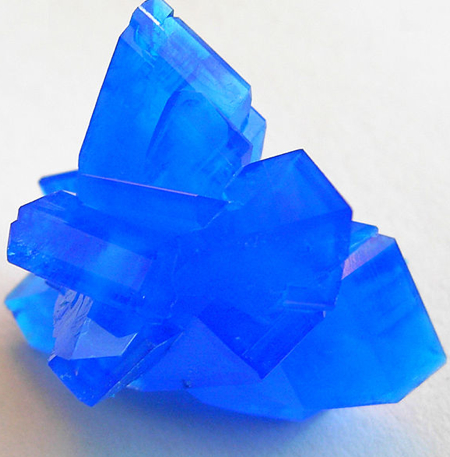 Seeing actual video of most of these elements – well, that would have made me as giddy and excited as it did just now, thirty-plus years later. Because, basically, chemistry is fun. I remember the first time I used a copper sulphate solution and a handy power supply (thanks, Hornby!) to plate a coin with pure, salmon-pink copper. To see that happening, in front of my eyes, was amazing. Trying to visualise what was going on with the ions, how the metal was magically appearing was good, brain-hurting fun.

So, do yourself a favour and pop over to the site, linked above. Even if you weren’t as much of a spod as I was at school, it’s fascinating to see the the elements that are in our light bulbs, catalytic converters and, of course, bodies.

Ahhh, memories… the reek of cyclohexane and my singed eyebrows is all coming back to me now… *sigh*