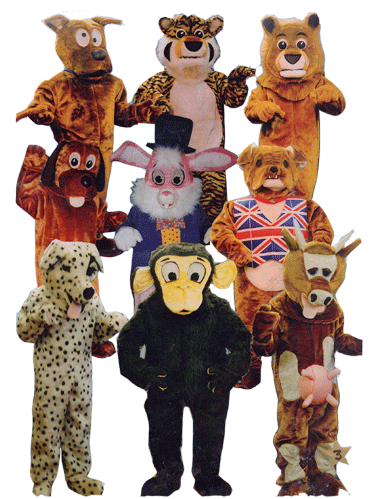 Every fucking schmindie band in 2008

This document is a contingent re-appraisal of socio-semiotic factors concerning the marketing of white, rock, guitar bands aimed at the demographic formally identified by CERN as schmindie kids. Since the original document, certain market trends have shifted signifiers. This document should be seen as both addendum and corollary to that document, further refining the marketing of our schmindie bands.

Problem 1: Unlike most genres, schmindie kids find caring “uncool” and “funny.” It is particularly uncool to care about war, politics, religion or anything else beyond clothes and haircuts / cigarettes and alcohol. Apathy and ignorance are their ideals. Therefore, we must create meaningless content that fills up hours of airtime while never actually saying anything.

NOTE: There must be no narrative attempt to explain why the locomotion is occurring. Meaning is the enemy of all schmindie videos. We do not want the consumer to be prodded into thought, only to consume.

Problem 2. Schmindie kids are a middle-class demographic, hence they scorn aspirational working-class values. Therefore, schmindie videos cannot appear to be luxurious, grandiose or well-funded (even though they are all three). But we must place product on television because our target demographic never search out new music independently. It must appear before them, on a televisual platter. Therefore, we require high quality fake lo-fi.

NOTE: If sufficient care is paid to the falsification of lo-fi-ness, the schmindie kid will be prefectly targeted. Remember, the ideal result is that our target believes the band made the video themselves with borrowed equipment on a low budget. If they learn the video cost more than a small house, this negates “cool.”

EXTRA NOTE: Some newer colleagues have been questioning the purpose of spending such a large amount of money on a three or four-minute film with no narrative or purpose. They seem to forget: schmindie videos are not art, they are adverts for our product. We spend to accumulate.

EXTRA EXTRA NOTE: Said colleagues have also raised the question: why fake lo-fi at such great expense? The answer is obvious to older members. Real lo-fi is only produced by artists who are troublesome, wayward and unreasonable.

Problem 3. Schmindie bands are all attractive, thin and fashionable. Those qualities are, in fact, all that schmindie bands care about. But attractive is “uncool” in the current schmindie-culture phase. Quirky is “cool” since schmindie culture has now caught-up with Woody Allen’s 1980 product, ‘Stardust Memories.’ How do we reconcile the bands we sign, who have to be attractive, with the schmindie “quirky” aesthetic?

NOTE: As of January 2008, animal suits have now been mandated for all schmindie videos by MTV alernative channels. Unless 83% of a schmindie video features the artist(s) dressed in ill-fitting badger, rabbit and bear costumes, MTV will refuse to play it. (Animation is the only acceptable alternative.)

SUMMARY
We here at the Joint Concerns Zaibatsu endeavour to inform our colleagues in the schmindie sector of developments in that market. We believe that profit is only maximised when the fit between marketing and target is seamless and invisible from the target side. Thus, we recommend the immediate propagation of the above guidelines to all non-conforming video departments. Studying and applying its strategies will bolster the illusion of choice we must maintain in order to differentiate (and therefore sell) our thousand flavours of vanilla.

OH HAI! Folio Harbinger here! I’ve been asked to write a little follow-up here, not in the jargonese above. Hey, I’m a creative type, I don’t do jargon! LULZ! No, but seriously, it’s up to us creatives to implement what the boss fellas (and laydeez, me no sexisty!) require. As a top schmindie video director, I feel I have a handle on how to ‘splain the whole ting! ROFL! Steve LAMAO!

The band are dressed up in bad animal costumes, running through a deserted town or woodland, in the dark or daytime. They bump into “quirky” and “hilarious” types (think of those great 118 advert guys) who give them cool things (’80s computers are waycool now, also Raleigh Choppers and Big Traks). Then they all breakdance while fireworks launch behind them. Final shot: SLOW-MO! Band in garage with heads revealed, rocking out to an audience of hired cool friends who are all wearing amazing big ’80s glasses. Simple, innit?