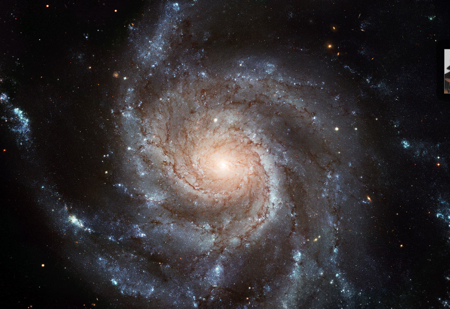 The web is pretty big. Researchers at Google won't say how many pages Google indexes, but they recently said that their inspection of the web reveals that it has more than one trillion unique urls. It's difficult to know what to count as a unique page, because as they explain, some sites such as a web calendar page can generate an infinite number of pages if you click on the "next day" link. The very first public web page was created in August, 1991. So we've (the collective YOU) have created 1 trillion pages of content in 6,200 days.

As an old bastard, I’m still confused by the American usage of ‘trillion,’ even though, apparently, Britain switched over in the ’70s. So, I’ll spell it out with numbers:

That’s how many web pages are out there. Quite startling, isn’t it?

Could Tim Berners-Lee have ever had an inkling of what his simple idea would become, 6,200 days later?

In 1994, with the web still in its nappies, I did a project at Uni about the social impact of the internet. Back then, I was a weirdo, a geek because I loved the net. Yes, I was on the web but protocols like IRC and Usenet took up more of my time back then.

Unless you’re also a geek, you’ve probably just read that and wondered what the hell IRC and Usenet are. And there’s the proof of the domination of http (HyperText Transfer Protocol).

Now, I can’t even remember the last time I visited an IRC chatroom. Usenet… well, that still has its uses… 😉

The big change is the democratisation of the internet through http. Think of how many people see the old http:// every single day. Think of how many times you’ve had to stumble over saying ‘www’ to someone. I remember Berners-Lee saying in an interview that he now wishes he’d picked an abbreviation that wasn’t nine syllables long. Think how much time we could have saved if he’d picked ‘web’ instead, eh? Say web.bzangy.com and www.bzangy.com… See? 😀

HTTP has been wildly, marvellously successful. The one trillion pages out there are testament to Berners-Lee’s genius. But they’re also a tremendous creation, a beautiful reflection of humanity. The only flaw in the mirror is that net access was initially very limited and even now is beyond the reach of millions upon millions of people. Historically, it’s also been skewed in terms of geography, gender, class – all the usual stuff. That’s changing: last week it was reported that China now has the most people online.

If you were an extraterrestrial observer, all you’d have to do to learn about humanity would be to take a snapshot of this one trillion pages and parse it through your superhyperduper computer.

If you are that curious ET, I hope this post has entertained you somewhat.