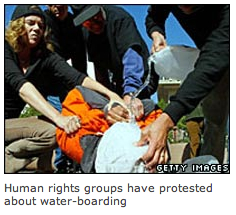 Ambling round town today with Monsieur Swan, we bumped into Derby Carnival 2008!

And guess what – I had no camera on me. Not even my little Fuji compact which is always in my rucksack. I’d taken it out to do some Blue Note pics and forgot to put it back in. 🙁

I hadn’t even realised the Carnival was on today, or else I would have taken one of my SLRs. Dang!

Anyhow, I made do and snapped some pics with my iPhone, which you can see by clicking the pic above. Sadly, I don’t think they do the wonderful costumes, the parade or the dancing justice. Really, it was a an amazing show.

When we got to the market place, we saw all the different dancing groups go through their routines and they were all, honestly, brilliant. Some class booty-shaking going on and the whole atmosphere was tremendously friendly and joyful. Top marks have to go to the tiniest dancers, some of them were adorably confused but they still gave it their all. Awwwww…. 🙂

It was a great day of dancing and smiles. My only regret is that I broke Photography Rule Number 1: always have a camera on you!