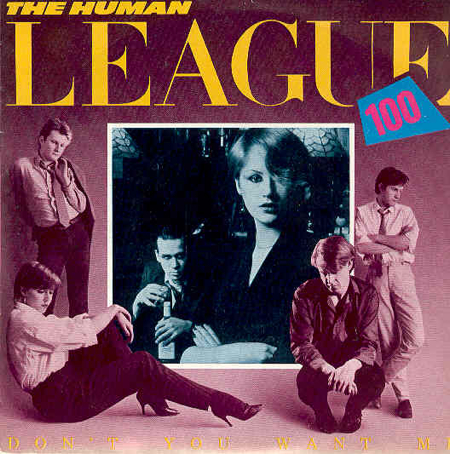 As I was travelling down to London yesterday for a meeting, the 12″ version of ‘Don’t You Want Me’ by The Human League popped up in my iPod’s shuffle. And, inevitably, it detonated a slew of rosy-hued fortysomething memories for me.

I was a big Human League fan. The day that Dare! came out, I went and bought it (gatefold sleeve!) and walked round town for ages, hoping to casually bump into someone I knew from school so I could equally casually pull out my new treasure. I listened to that album non-stop (heh!), I wore it out.

The Human League, along with Heaven 17 and Depeche Mode, were masters of the 12″ mix. All these bands would take a three or four minute pop song and explode it into five, six, seven or more minutes of pure bliss. If you loved the song, the 12″ was essential.

More than that, the 12″s those bands made were consummate music theory, arrangement and production lessons.

Let’s take ‘Don’t You Want Me.’ I’d had organ lessons for three years by the time I first heard it. So I could play, a bit. I could read sheet music, a bit. ‘Ode To Joy,’ ‘Bill Bailey, Won’t You Come Home,’ ‘Climb Every Mountain.’ All lovely tunes but they hardly set my fifteen-year-old synth-loving heart racing.

Then I heard ‘Don’t You Want Me’ and I was blown away. Yes, it’s old now, normal now, a deserved wedding reception classic now. But imagine hearing that track for the first time, in 1981. It was stunning! The stolid Linn drums, the opening menacing bass melody that then guides the listener to one of the best opening lines of a song, ever:

“You were working as a waitress in a cocktail bar, when I met you…”

So, naturally, I bought the 12″. And I was even more amazed.

The 12″ mix of ‘Don’t You Want Me’ is all you need to learn the essentials of electropop arrangement. In a series of breakdowns and build-ups that last for seven minutes and thirty seconds, the song is dissected and exposed without ever being killed. This is a 12″ vivisection of pop itself.

Twenty seconds in, after the main riff intro, the mix is basically drum machine, echoed chord stabs and synthbass. Of course, I’d heard the bassline a gzillion times before, but here it is, naked, in all it’s funky beauty. The little semitone steps, the flourishes, I could finally hear every detail unmasked.

At 1.10 in, the bridge chords arrive. In the original 7″ / album context, behind the vocals, they sit quite unobtrusively. But here, one can witness that they’re actually quite jerky and un-settling, hence adding to the tension of the song before the grand orgasm of the chorus.

Ah yes, 1.33, the first chorus. In comes a new chordal line and also a monophonic synth line that sounds very simple but when it melds with the bassline and other chordal synths is a lovely little jewel. If you listen to the choruses near the end of the mix, they add another rather sad monophonic line that dovetails with the chirpy one but also slips in a little melancholy. This ambiguity is entirely appropriate in what is, as Oakey pointed out, not a love song but “a nasty song about sexual power politics.”

The first place I truly understood the musical power of different chord inversions was 4.09 into the extended remix. When those lovely, choppy synth chords came in, I had to work them out. I think it took me about four hours – I kept thinking they were different chords rather than different inversions of the same few chords. When it dawned on me, it was a true musical revelation.

I could go on listing bits from the ‘Don’t You Want Me’ 12″ that still thrill me today, twenty-seven years later. The synthpop 12″s of the early ’80s were vast playing fields and the best engineers, producers and programmers of the time cavorted over them, gibbering like baboons.

The production of ‘Don’t You Want Me,’ the synth programming, the musical arrangments, the sheer complexity of it as a pop single still amazes me all these decades later. It’s a clockwork track, a painstakingly crafted micromachine that becomes, in its internal synergy, a perfect pop record. That’s why it’s as catchy now as it was then. Coming from a genre and band that was derided at the time (and since) as being “soul-less” and “robotic,” I find it fittingly ironic that ‘Don’t You Want Me’ has managed to touch so many people on a purely emotional level.

Of course, I nicked loads of tricks from that 12″: I’m a musician – that’s what I do. What monophonic countermelody timbres work well with thick basslines, which chordal timbres bed well with others, how simple can you make keep-it-simple-stupid drum programming? EQ and compression settings for interweaving parts, how much ducking and where, echo as a true rhythmic compositional element rather than mere thickening ornament. Oh yes – I nicked it all!

Here’s a few of my other fave 12″s from around that time and why I love them: 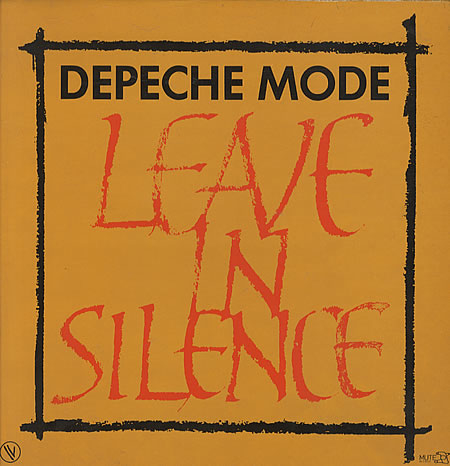 Depeche Mode – Leave In Silence (Longer)
All their ’80s 12″s are classics but I particularly love ‘Leave In Silence (Longer)’ for the exposition of synthetic drum timbres (including that lovely tinkly-bonk breaking glass sound) and the extended ARP 2600 random solo. A masterpiece of electronic music. Any true Depechie will also love the 12″s which feature the rowdy ‘Work Hard’ and the bass-tastic Combination Mix of ‘Get The Balance Right.’ 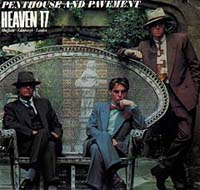 Heaven 17 – Penthouse & Pavement
Again, every one’s a winner. I was so obsessed with H17 12″s that I made my own mixtapes (by pausing my crappy piano-key cassette recorder) where I’d have songs lasting twenty or more minutes. But if you want to hear the Linn Drum really sing, you have to check out the 12″ of ‘Penthouse & Pavement’ – the end section, where all the different percussion elements are brought back in, is stunning. Or, the 12″ version of ‘Who’ll Stop The Rain’ for its revealed H17 mad vocals. Hell, just get them all… 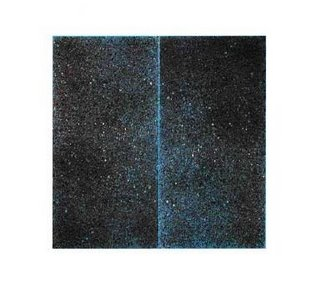 New Order – Temptation
Less of a techy angle more pure song: the 12″ of ‘Temptation’ is simply one of the best recordings of a love song ever. All the shorter / different versions don’t match its power and heart. Really. On the other hand, how can I do this list and not include ‘Blue Monday?’ The first time I’d ever heard kick drum playing in semiquavers – now it’s a staple of everything from grime to emo to metal. Again, all the shorter versions of ‘Blue Monday’ aren’t as good, the mark of a true 12″ rather than an over-extended time-filler. Oh god – check out the ‘Confusion’ 12″ for slabs of prime Arthur Baker electro. 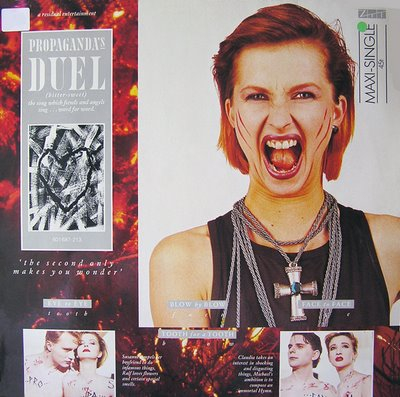 Propaganda – Duel (Bitter Sweet)
The 12″ mix is 7.38 of Steve Lipson perfection. Again, all the elements of the song wink at you before disappearing back behind the magic curtain. Just what I want from a 12″. Also, check out ‘Jewel’ if you want to meet the ancestor of a lot of later industrial and cyber/goth. I love the 12″ of ‘Dr. Mabuse’ but ‘Duel’ just pips it for sheer elephant-trumpeting majesty.

So, this post is partly a nostalgia-fest and partly a thank you to The Human League, their producer, engineers and programmers and all the other bands and sound teams who defined ’80s extended 12″ mixes. In the absence of the internet and music schools that liked or understood pop music, you were my teachers.