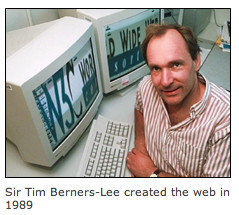 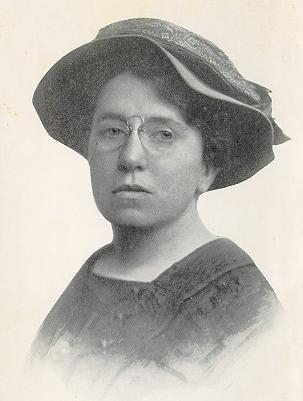 Emma Goldman was an anarchist known for her political activism, writing, and speeches. She was lionized as a free-thinking “rebel woman” by admirers, and derided as an advocate of politically-motivated murder and violent revolution by her critics.
(Source: Wikipedia:Today’s featured article/April 19, 2008 – Wikipedia)

Please check out the rest of the article. 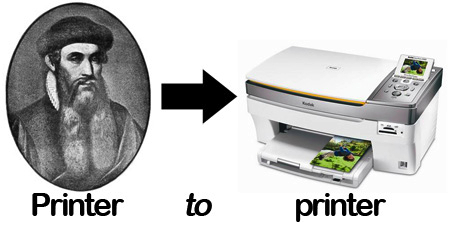 I was musing about the mutability of language. As a middle-aged man, I’m now old enough that the meanings of some words have changed in my lifetime. One is ‘printer.’

When I was a kid, a printer was a person (usually a man) who made prints. It was the same as being a blacksmith or doctor: if you needed something printing, you would take it to a printer.

Now, a printer is an object. It is a machine attached to a computer which renders physical hard copies. We print things at home now and this has become so routine, so mundane that we rarely stop to marvel at the process.

Watching Stephen Fry‘s program on Gutenberg, seeing his giddy wonder at printing out just one sheet of typeset print made me remember the decades before the personal computer revolution. If you wanted to print out a recipe or a personalised birthday card or some silly party invites or a picture of a jizzing cock… well, you went to a printer.

In a rather lovely way, the second person replaced by a machine is something I’ve already mentioned: a computer.

This one is rather before my time:

Before [electronic] computers became commercially available, the term “computer”, in use from the mid 17th century, literally meant “one who computes”: a person performing mathematical calculations. Teams of people were frequently used to undertake long and often tedious calculations; the work was divided so that this could be done in parallel.
(Source: Wikipedia)

I only know about this original usage of ‘computer’ because I’m something of an Alan Turing obsessive and so I’ve read about Bletchley Park. That was a kind of lexical torch-passing: computer (person) to computer (machine).

I wonder what contemporary professions will be replaced by objects in the future? Doctor? Lawyer? 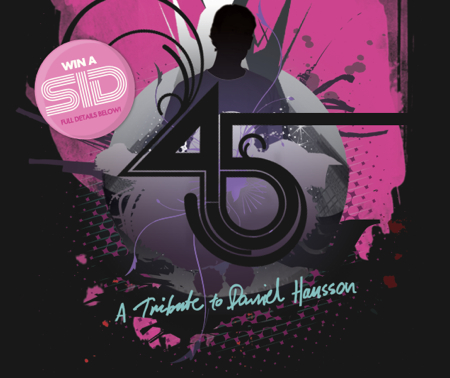 In August 2007 Elektron CEO and co-founder Daniel Hansson passed away in an unfortunate auto accident. It is in large part his creative vision and eye for detail that have made Elektron’s products what they are today. The 45 Tribute pays homage to his creative genius and his philanthropic spirit. Artists from the Elektron community have taken their time and energy to contribute to this project freely in his honor.

All purchases of the 45 Tribute should be viewed as donations, as that’s what your purchase translates to. All proceeds collected from the 45 Tribute will be donated to the World Wildlife Fund. So you pay $5.00 for 30 songs, and you get to be a philanthropist in the process! POW!

As if the 30 tracks, or contributing to World Wildlife Fund wasn’t enough to motivate you, Elektron is giving away one free SidStation! Everyone who purchases the 45 Tribute within the first 30 days will be automatically entered to win.

Daniel took the time and trouble to email me personally about my gigging in Sweden and other Elektron stuff. So, I was very shocked and saddened to hear that he’d died.

Please check out the compilation tribute album, linked above. It’s a fantastic collection of tracks for and amazingly low price and the proceeds go to the World Wildlife Fund. It’s a great testament to how many musicians have benefited from Daniel’s innovation, passion and excellence. 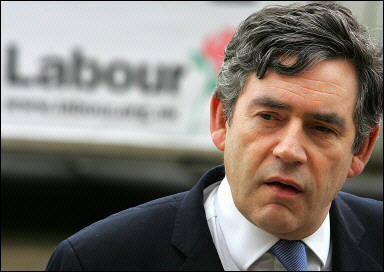 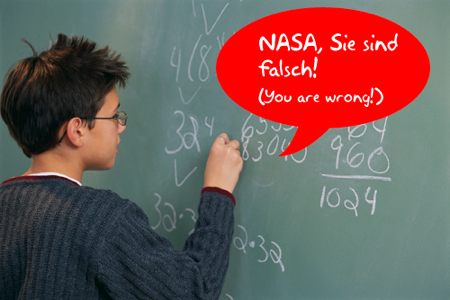 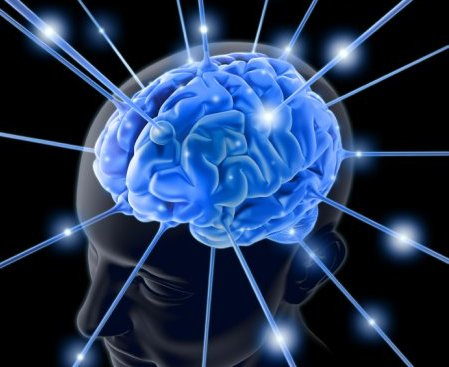 The time it takes for sensory input to travel along nerves and get processed by the brains means we’re always living in the past. Okay, no problem — we can live with a few lost milliseconds. But ten seconds? A new study shows that once our brains make a decision (like “push this button”) it takes that long for our conscious minds to become aware of it.
(Source: io9)

There. Doesn’t that make you feel better?

Your brain does everything. The you that you consider you, merely invents reasons you did those things and stitches them into some kind of spurious narrative ten seconds after you actually did them.

Your notion of selfhood, the you that is you, is a rationalisation after the event. A fiction. Ahhh, some friends and some milky coffee… perfect! Click the pic for the gallery! Click the pic above for a few snaps from my trip last Monday.