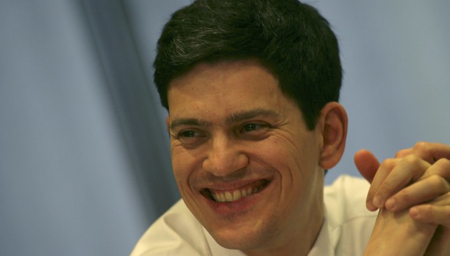 He said he was “very sorry” to have to say that previous denials made in “good faith” were now having to be corrected.

Former Foreign Secretary Jack Straw and former Prime Minister Tony Blair made statements in 2005, 2006 and 2007 saying there was no evidence that rendition flights had stopped on UK territory.
(Source: BBC News)

Wow. Two entries for David Miliband in one week. First, he’s forced to release secret documents which confirm the level of lying Blair committed to take us to war.

Now, he’s forced to admit that Blair and Straw lied again and that Britain did, indeed, aid the USA in its program of international kidnapping, false imprisonment and torture of innocent civilians.

It appears Orwell had greater powers of prognostication than Nostradamus. Airstrip One?