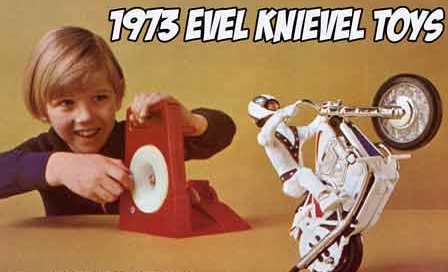 Legendary US daredevil Evel Knievel has died at the age of 69, his granddaughter has said.

Knievel had suffered ill-health, including diabetes and pulmonary fibrosis – an incurable lung condition – for several years.

He underwent a liver transplant, after nearly dying of hepatitis C, in 1999.

Knievel gained cult status performing death-defying stunts in the 1960s and 70s, including an attempted motorcycle jump over Snake River Canyon in Idaho.

By the time he retired in 1980 Knievel had broken nearly 40 bones.

If you were a kid in the ’70s as I was, Evel Knievel was an inspirational figure. He’d regularly be in the news, jumping off things, over things, through things.

I remember getting my own little Evel Knievel, as seen above, when I was around seven or so. I went mad on it. I’d send Evel careering up ramps, through drainpipes. I even tried to light him on fire a couple of times.

In this tiny way, I wanted a bit of the real man’s magic to catch on me. I wanted to be as brave, as inventive, as dashing and, yes, sometimes as foolhardy as Evel Knievel.

He was a real hero.

Phew! I realised the last few posts were distinctly angry / sad. This is wearing me out so it must also be rather taxing you, gentle reader.

Perhaps the above video will calm us both down. Via Cute Overload. 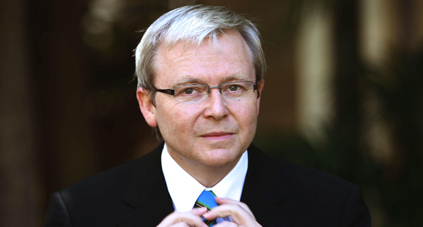 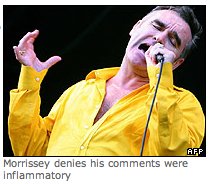 Morrissey is to sue the NME after it failed to apologise for an article focusing on his views on immigration. The magazine criticised the former Smiths star for allegedly telling a reporter Britain had lost its identity due to high levels of immigration.

The magazine quoted Morrissey allegedly saying: “Although I don’t have anything against people from other countries, the higher the influx into England the more the British identity disappears. So the price is enormous.

Morrissey has been a racist for years. Anyone who writes something as moronically bigoted as:

“Life is hard enough when you belong here…”

is, to anyone with any common sense, obviously a racist. It’s the lyrical equivalent of ‘Pakis Out!’ scrawled on the wall outside my secondary school.

So, of course, he’s been dismissed and marginalised as the right-wing nutjob he so obviously is?

Because, like Camus and Larkin, Morrissey is beloved by white, middle-class people. Whereas, middle-class white people don’t like Jim Davidson so they decry his racism and label him a buffoon.

But legions of miserabilist students have found themselves in the music of The Smiths and Morrissey. Therefore, they’ll forgive their idol anything.

I’ve written about this before. Since it’s the white middle-classes who predominantly control the mass-media, they are the normalisers of the discourse.

And their friends are, of course, never racist!

Oh no – he’s writing from the perspective of a racist! You misunderstand, Mr. Brown Man getting stabbed by fascists, Morrissey is merely being playful! He’s exploring the imagery of the people who petrol-bombed you out of your home, who sent millions of Jews up the chimneys! But you probably don’t have the highly developed levels of postmodern appreciation and irony that we have, you don’t parse the subtle nuances of textual ambiguity that Morrissey dallies with. When Morrissey says:

“I really don’t think, for instance, black people and white people will ever really get on or like each other.”
(Source: Where Did It All Go Right)

he’s not being racist! Definitely not. Nope.

Even his statement attacking the NME is dripping with xenophobic ichor:

In a follow-up interview concerning his comments, the NME reported that Morrissey had said: “It could be construed that the reason I wouldn’t wish to live in England is the immigration explosion. And that’s not true at all.”
(Source: BBC News)

Notice how he slips in the BNP catchphrase ‘immigration explosion’ in the middle of trying to claim he’s not anti-immigrant? That’s fucking priceless!

Does his casual, lofty racism and inaccurate scaremongering remind you of anyone? How about:

“People fear rather being swamped by an alien culture.”
– Margaret Thatcher.

Morrissey started off as a wearer of highly rose-tinted spectacles before this disastrous drift into Little Englandism. He sang about an England, a Britain that didn’t exist in the ’80s and certainly never existed before. He created a parallel reality Britain, a Britain where Enoch had never invited all us troublesome darkies over to do the jobs the whites didn’t want to do, an England constructed entirely of saucy postcards and hows-your-father, where George Formby was Prime Minister and Tom Courtenay Chancellor. It was Morrisseyland! Cor blimey, guv’nor! Play the white man!

The most idiotic thing about racists and their criticism of “multiculturalism” is their absolute, abject ignorance about British history. Whether it’s been Jews or Huguenots, Bangladeshis or Poles, Britain has always been a nexus of cultures, a meeting of peoples. And that’s not even including being conquered by Swedes, Danes, Germans, French… I always found it strange when I was a teenager that the racists beating me up adorned themselves with swastikas, since swastika is a Sanskrit word. Apparently, they were fine with appropriating Indian religious iconography but not too keen on me living in the same town.

Morrissey’s idea of a “pure” Britishness would be laughable, quaint even, if it didn’t deliver kids directly into the welcoming arms of fascists like the BNP. I distinctly remember Morrissey fans in Derby, after all his National Front Disco shite, drifting towards the NF and other racist groups. He’d made those terms cool, trendy. He’d legitimated their putrid arguments. Oh yes, let’s all wrap ourselves in the Union flag, never mind that it’s the Butcher’s Apron, as ghastly and bloody as the Nazi flag.

Culture isn’t monolithic. There is no one, “true” British culture. Eight thousand years ago, there was no British channel, you could walk to France. If geography is that fluid, that ephemeral, how permanent is the culture of a nation? British culture flows and changes, everything is flux.

Of course, if you’re a Smiths or Morrissey fan, none of what I’ve said above will affect you. You’ll dismiss it all as “political correctness” or another touchy darkie. Maybe you’ll start to see Morrissey as a lone, sane voice, proclaiming the truth: Britain’s being swamped by foreigners, there is a pure and definable single British culture, fings ain’t wot they used ta be!

Because you love your führer… I understand that. He, alone, tells you the truth! He, alone, is un-afraid of the liberals, the communists, the blacks, the Jews, the Asians, and the white cultural-traitors: the mewling apologists for all that is wrong with the Fatherland!

Let’s make Britain pure again! Pure enough for Herr Morrissey’s return from his racially-pure exile in, er, LA! A thousand pearly kings and queens shall throw garlands throughout Pimlico, we shall expunge all degenerate cultures, all foreign muck! No more vile reggae or jungle-bunny music! We will clean this land and make Britain Great again!

Forward to the Fourth Reich of Morrissey! Heil Mozzer!