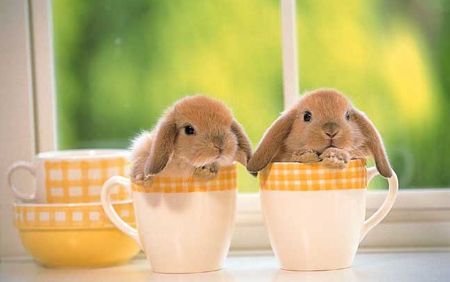 If only bunnies ruled the world!

Tonight, I went to the Bluey and had a marvellous time with Ash and Chris Conley.

Then I went and ruined it all by being an absolute dickhead to a lad called Josh there. Basically, I thought he was trying to start a fight with me by bumping into me. When I turned round, he stuck his hand out and I refused to shake.

(Diversion: it’s perhaps worth checking out the origins of the handshake by clicking here.)

So, in a very mediaeval sense, I was declaring my readiness to fight. Okay, neither of us are knights of the realm (yet) but it was a definite bloke insult. So the lad, understandably, went off in a huff, out into the smokey bit.

And I realised I’d been a dickhead.

On reflection, the lad just seemed pissed. In fact, it was I, not him, who’d almost provoked a fight.

So, I went outside and apologised to him. And he was very lovely about it, completely not the arse I’d been. He was gracious and friendly.

I often get blokes trying to start fights with me as I’m big and a pretty obvious target. And I do dance like a happy twat, which annoys some peeps. But my mistake was in pre-judging this lad, imposing the persona of other countless fighty blokes onto him.

At this point, you may be thinking, ‘Big fucking deal – this is worth writing about? What next? A rant about picking your nose?’ But I’ll tell you why it’s important.

All that we are is the sum of our choices. Every day, in every little way, the snakey snake of our lives winds on. We do good, we do bad. In the end, it’s all pretty fucking irrelevant because we will all die, our sun will die and the universe itself will putter out in a whimpering heat death. Everything humans have ever created will be gone, erased. Death and nothingness are absolute certainties.

We can find meaning. We can create meaning. More than that, it’s only us that can create meaning because there is no Jesus, God, Buddha, Great Pumpkin, Thor, Isis or whatever ghostie out there. We are utterly alone in a universe that isn’t evil or malevolent – it’s simply indifferent. It sometimes appears cruel because humans naturally impose patterns on chaos, it’s a great survival trait. If something horrific happens, we can’t deal with that randomness, the terrifying, pointless arbitariness of everything. But the truth is… all that there is, is nothing. Nothing but us.

All we have is each other. If I act stupidly, as I did tonight, I feel a deep, wrenching sense of guilt. I feel that, in an infinitesimal manner, I’ve made the universe a shittier place. I’ve crapped on the wedding cake.

In the absence of God, in the face of the yawning maw of utter meaninglessness, how we treat each other becomes, literally, the most important thing in the universe.

So, I’d like to make a public apology for being a dickhead earlier. I let me down, you down and the whole universe down.

I shall try to be less of an idiot in the future!